Bright streak over California was a meteor, NASA says

The National Aeronautics and Space Administration (NASA) confirmed Thursday that the streak of light was caused by a 50-mile-high meteor that later broke apart over the Pacific ocean. 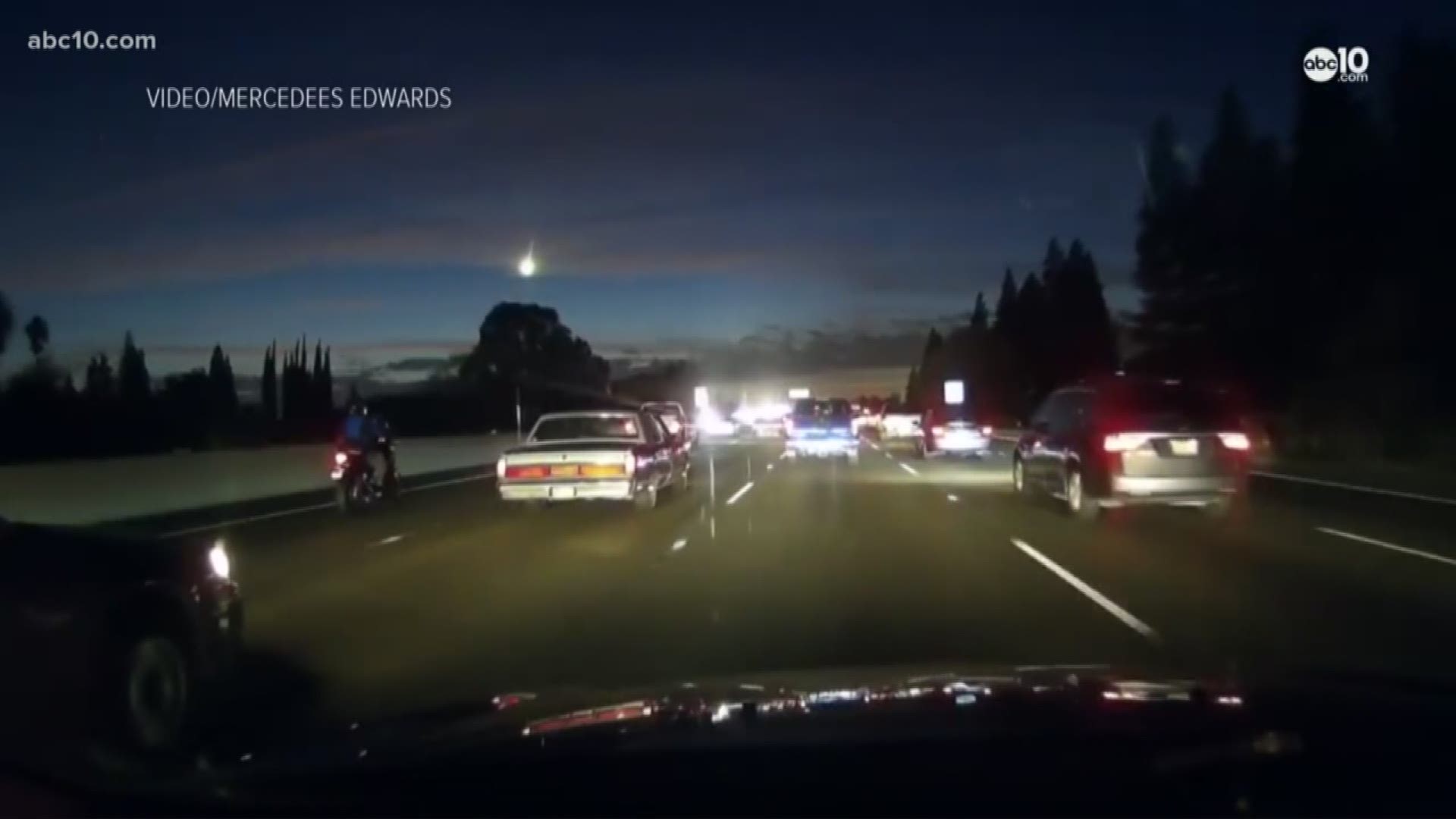 The social-media-sphere lit up, Wednesday, after a massive streak of light, visible in Northern California, seemingly barreled toward the earth.

Hundreds of people reported sightings from San Francisco to Western Nevada and from as far north as Medford, Oregon and as far south as Los Angeles, according to a fire ball reporting map by the American Meteor Society.

The National Aeronautics and Space Administration (NASA) confirmed Thursday that the streak of light was caused by a 50-mile-high meteor that later broke apart over the Pacific ocean.

The object left a trail of what NASA describes as a corkscrew in the sky. Images captured by witnesses and posted to social media show those trails.

Chris Taylor is a professor of astronomy at California State University Sacramento. He didn't actually see the streak of light Wednesday night, but says he saw the images across social media.

At first, Taylor thought it may have been something from a rocket launch, but West Coast launches were scrubbed on December 19.

"My second thought was probably some kind of a meteor that was burning up in the earth's atmosphere," Taylor said. “And instead of falling straight down, like a lot of them do, maybe it encountered some air resistance and it got blown around a little bit and created a very weird trail, or else the winds just blew the smoke."

People who witnessed the event took to social media saying they believe the event was caused by space junk, plane exhaust trails, aliens, and even Santa Claus!

A classified satellite launch had all eyes in the sky Wednesday night, as Vandeberg Air Force Base prepared for NROL-71. Unfortunately, the launch was scrubbed for a second time this week, and the fourth time overall. 30th Space Wing Vandenberg Airforce base said there were no launches on the west coast at all, that they knew of. So for now, the light in the sky remains a mystery!