The construction means you won't be able to take 99 North or Southbound from 47th to U.S. 50 starting Friday night through Wednesday morning. 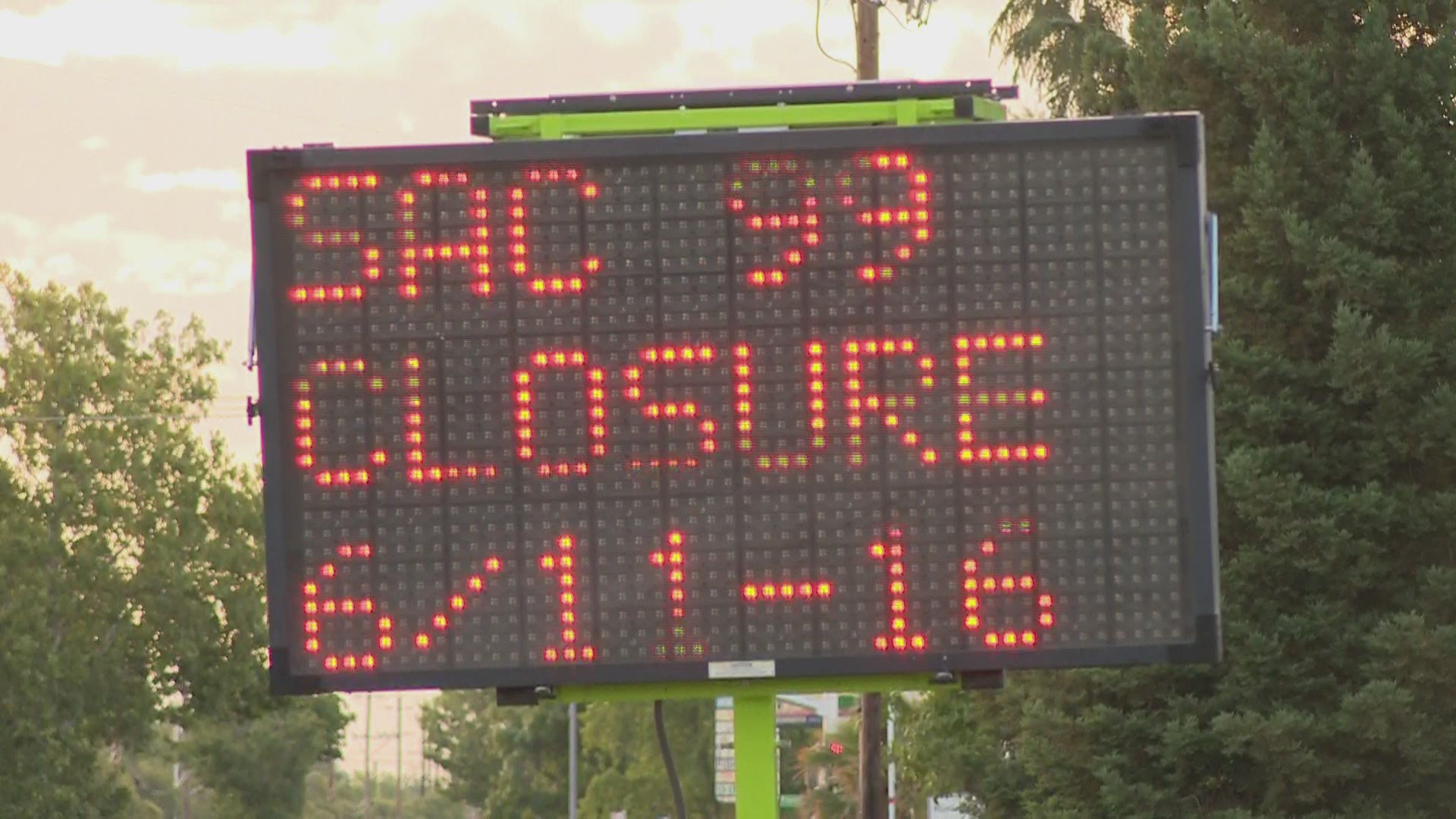 SACRAMENTO, Calif. — A portion of Highway 99 will shut down this Friday night and it will stay closed until Wednesday, June 16. Caltrans will be making bridge repairs and they want to get it done all at once in a four-day window.

The construction means you won't be able to take 99 North or Southbound from 47th to U.S. 50 and you'll have to avoid certain ramps and a portion of business 80 from 99.

Caltrans is urging drivers to either telework or carpool during the closure. They are also partnering with SacRT to use the light rail for free, drivers just have to download a flyer off the RT website.

Business owners in the area are worried about the effect this will have on their shops.

"It's going to impact my business really bad," Sunny Walia, the owner of Quality Tune-Up said.

Walia has owned Quality Tune-Up for more than five years, right off Highway 99 in South Sacramento. A place that would normally be easy for commuters to get in and out of, to drop their cars off, will soon be a bit tougher to get to while the highway is shut down for four days.

Walia worries his customers won't even be able to get in to see him during the shutdown.

"It's a huge community and so it's going to affect everyone that lives here," Esmeralda Roldan, the manager of Joyeria Ramos said.

Roldan worries about the congestion this will cause on the side streets like Franklin Boulevard which runs parallel to Highway 99.

"I hope it impacts it for the positive, I mean it should since they've got to come this way so hopefully they'll see our sign more often and remember that we're here," Wendy Edwards, a floral designer at Raquel's Florist said.

Edwards is hopeful this will actually create more foot traffic coming through the florist shop she works for but says it's going to impact her commute to work.

As for any advice, this florist shop says to plan ahead and take your time.

"There's just so much going on right now and nobody has patience, you've just got to have patience, keep your foot off the gas," she said.

WATCH NEXT: Three fires started in homeless encampments burn 165 acres in a week