The bill lawmakers sent to Gov. Gavin Newsom on Thursday applies to employees who had their jobs at least six months before the pandemic started. 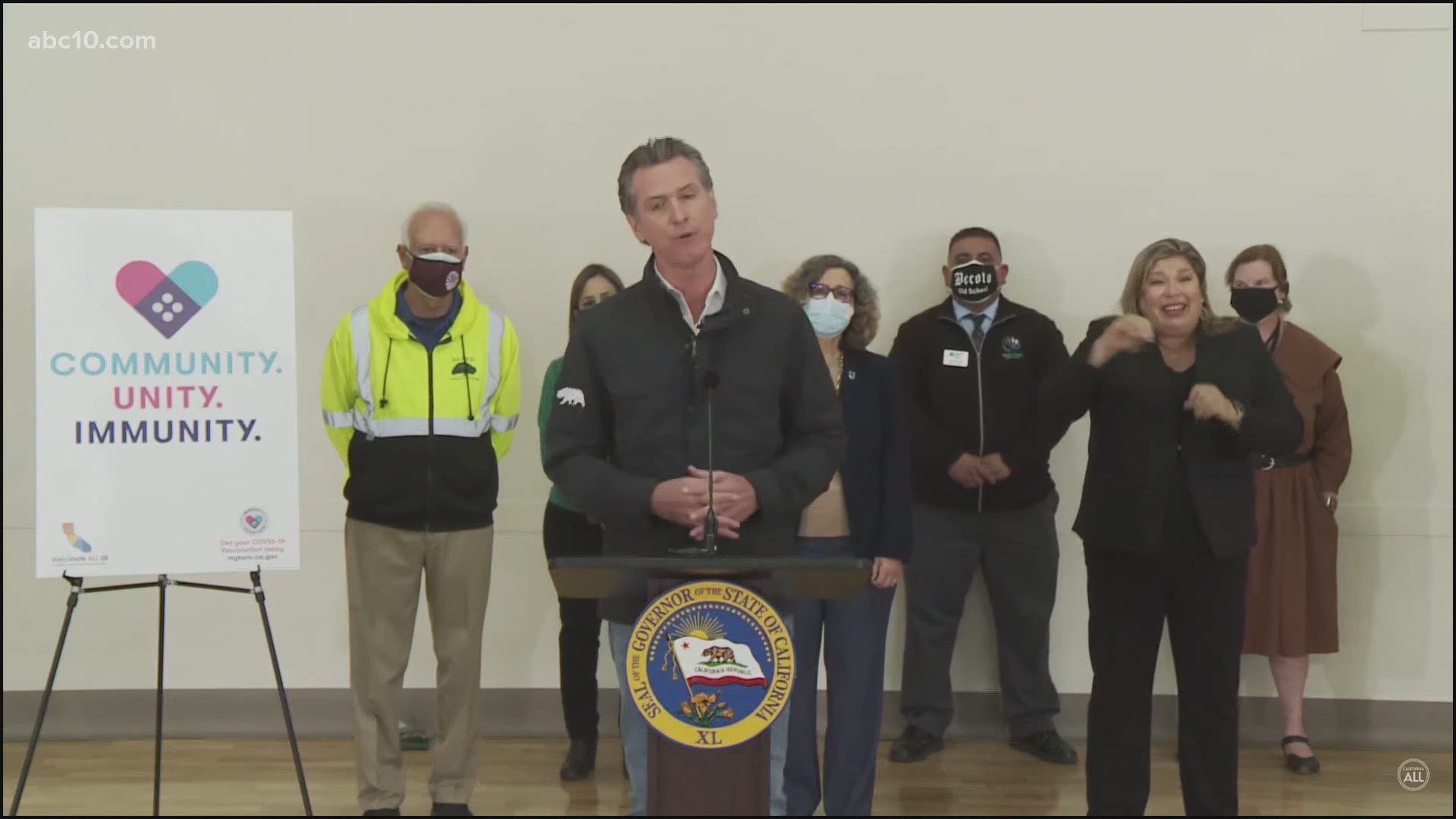 SACRAMENTO, Calif. — The California Legislature has passed a bill requiring some hotels and event centers to offer laid-off workers their jobs back.

The bill lawmakers sent to Gov. Gavin Newsom on Thursday applies to employees who had their jobs at least six months before the pandemic started and who lost their jobs because of coronavirus-related reasons.

Many Republicans opposed the bill, arguing it puts a burden on businesses by making them susceptible to fines of $500 per employee per day.

Newsom has not said if he will sign the bill. He vetoed a similar bill last year because he said it was too broad.

A report just released from the Center for the Advancement of Women in Los Angeles says women and girls in California have struggled in the workforce, caring for their families and staying mentally well during the pandemic.

One key finding shows that 25% of women in California were unemployed compared to only 20% of men, as COVID-19 impacted the economy.

The Center for the Advancement of Women at Mount Saint Mary’s University says nearly 80% of the jobs lost have been in retail, education, hospitality, healthcare, and government. In all, women lost nearly three million jobs while men lost 1.8 million jobs.