Capitol chaos: Who is behind these groups?

There were two sides of the fight at the California State Capitol on Sunday, but there were more than two groups involved. 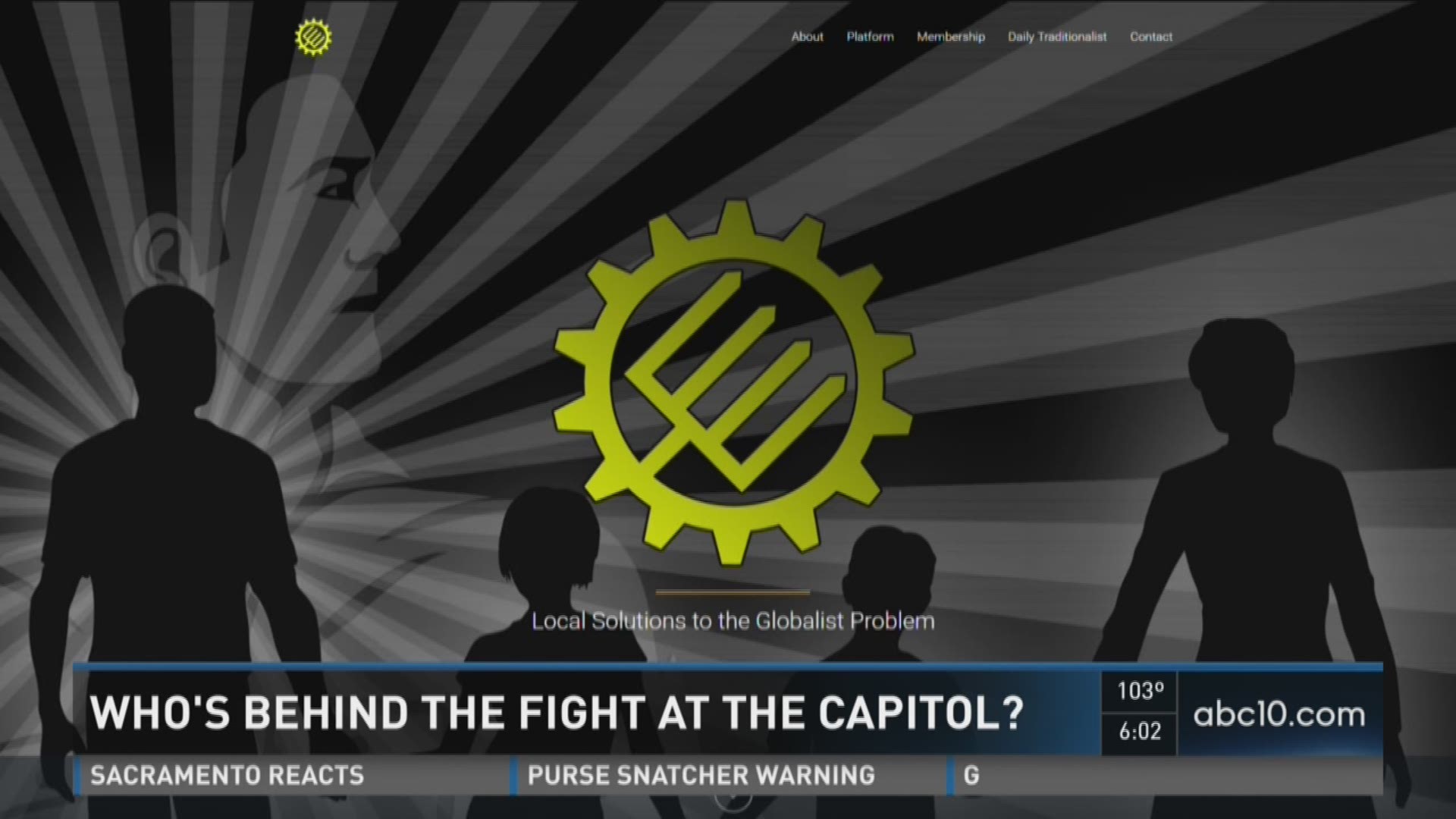 There were two sides of the fight at the California State Capitol on Sunday, but there were more than two groups involved.

Instead, the group is a front for neo-Nazi sympathizers, founded by a prominent white nationalist. Matthew Heimbach, the group’s founder, is “considered by many to be the face of a new generation of white nationalists,” according to the Southern Poverty Law Center, which tracks hate groups.

We will fight, we will struggle and we will win. "We are fighting until victory"-Dr. Goebbels #Nationalism pic.twitter.com/JO9GD7hnO9

"A country has the Jews it deserves." -Corneliu Codreanu #Parasites pic.twitter.com/7u0nU9dpNN

By Any Means Necessary (BAMN)

The group used grassroots organizing techniques to bring members to the Capitol on Sunday to protest the neo-Nazi rally. One of the group’s founding members, Yvette Felarca, told ABC10 News that the counter-protest was a success because they made it harder for the Traditionalist Worker Party to hold its rally and recruit potential members.

“In the current climate today with the level of anti-immigrant scapegoating, and even racism that we see exemplified in the political campaign of racists like Donald Trump, these fascists do feel that they now have a green light to start organizing,” Felarca said.

BAMN had allies in the Anti-Fascist Action Sacramento group. On its website, the group displayed a poster promoting the counter-protest that read, “Fighting fascism is a moral duty, not a political one!!! Ignoring them only perpetuates white supremacy!!!”