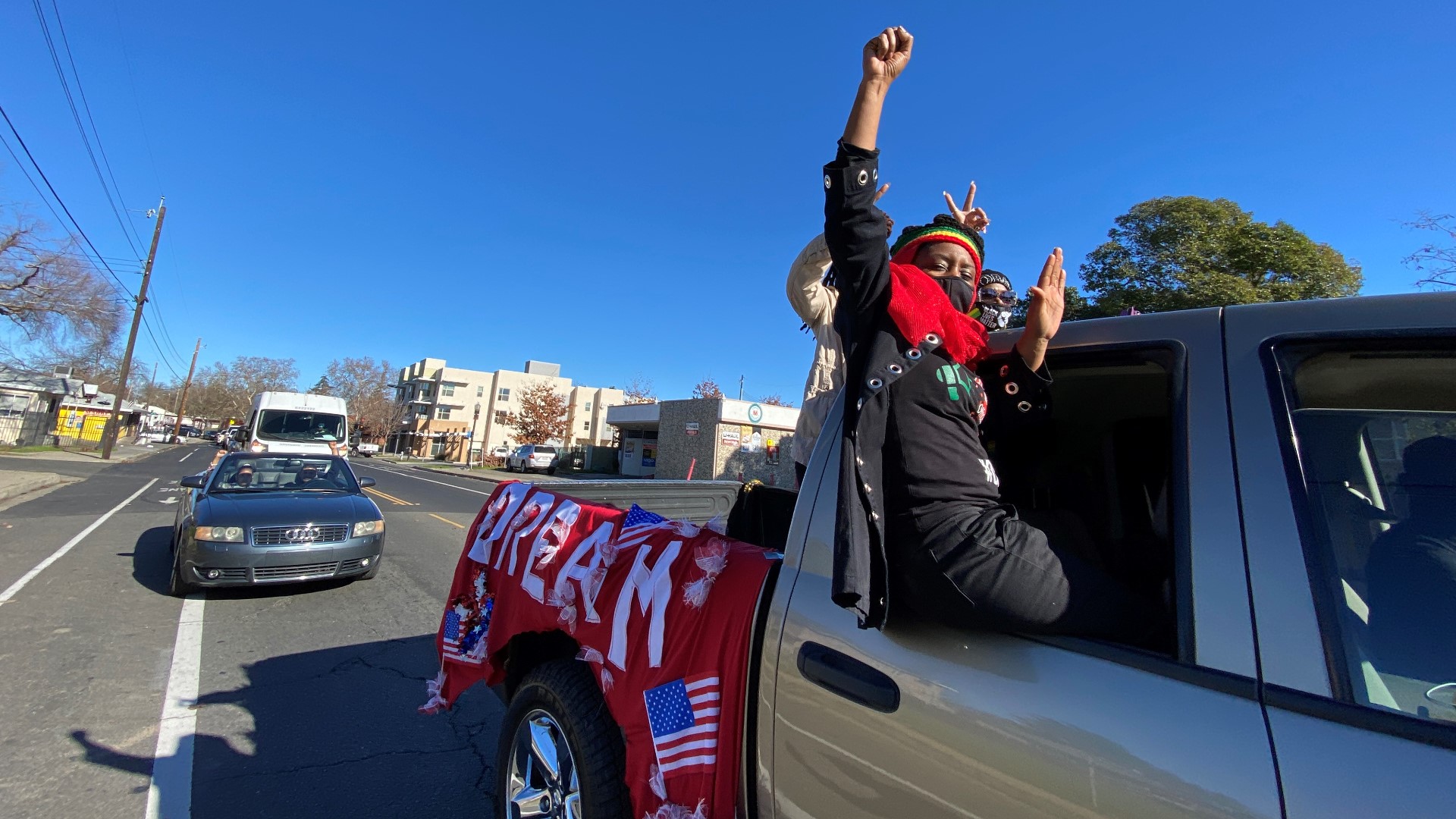 Here in Sacramento, the annual "Reclaim MLK Day" march was changed to a caravan to maintain social distancing. The NAACP, Black Lives Matter, and many who just support equality drove down some of Sacramento's historic streets.

Leading the way was a bus similar to the one activist Rosa Parks was removed from in 1955. Driver Ricky Echols said it was a special moment for him.

"It's hard to explain but when you get on here you can just feel something," Echols said.

The caravan made its way through Del Paso Heights, Meadowview, Oak Park, and ended at Sacramento State University. Black Lives Matter - Sacramento President Tanya Faison said Sacramento State is a historic location where Dr. King spoke in 1967 before his assassination.

"2020 was horrible and that's why we wanted to make sure we were out here in community with each other because we haven't been in community," Faison said.

The caravan brought more than 100 vehicles to Sacramento State. It was Harsimran Kaur’s first time participating in Martin Luther King Jr. Day. As a Sikh woman, she wanted to participate in solidarity with the black community.

“A lot of people from the Sikh Community have similar experiences and can empathize,” Kaur said.

It's been more than 50 years since King was assassinated. On this day, many who joined the caravan said it's not just about honoring his past but continuing his fight into the future.

"It's basically a reminder that we have a lot to fight for and that's why we are out here," Faison said.