CHP: 2 killed in crash between semi, car near Sloughhouse

The crash happened on the eastbound side of Highway 16, also known as the Jackson Highway, near Eagles Nest Road. 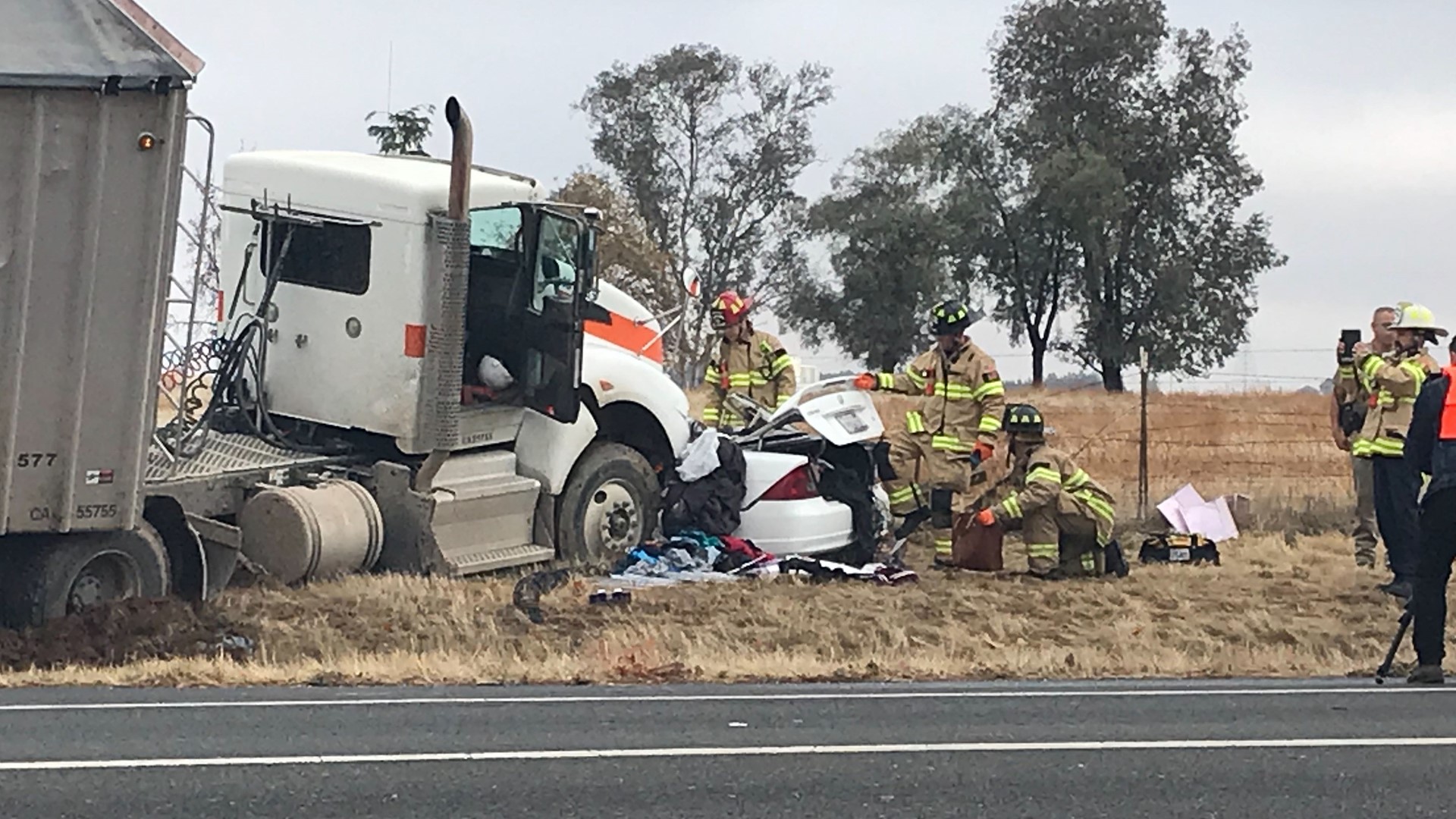 SACRAMENTO COUNTY, Calif. — Two people are dead following a crash involving a semi and a car on Highway 16 just to the west of Sloughhouse, the California Highway Patrol confirmed.

The crash happened on the eastbound side of Highway 16, also known as the Jackson Highway, near Eagles Nest Road just after 10 a.m.

Investigators said the semi was heading eastbound on Highway 16 and the car, a white Honda Civic, was going northbound on Eagles Nest Road. The Civic pulled out onto Highway 16 when it was T-boned on the driver's side by the semi, according to CHP.

Authorities have only identified the victims as an adult male and an adult female, both of whom were inside the car. They were both pronounced dead at the scene.

The driver of the semi was not injured in the crash but was taken to the hospital as a precaution, CHP said.

CHP is still working to determine the cause of the crash.