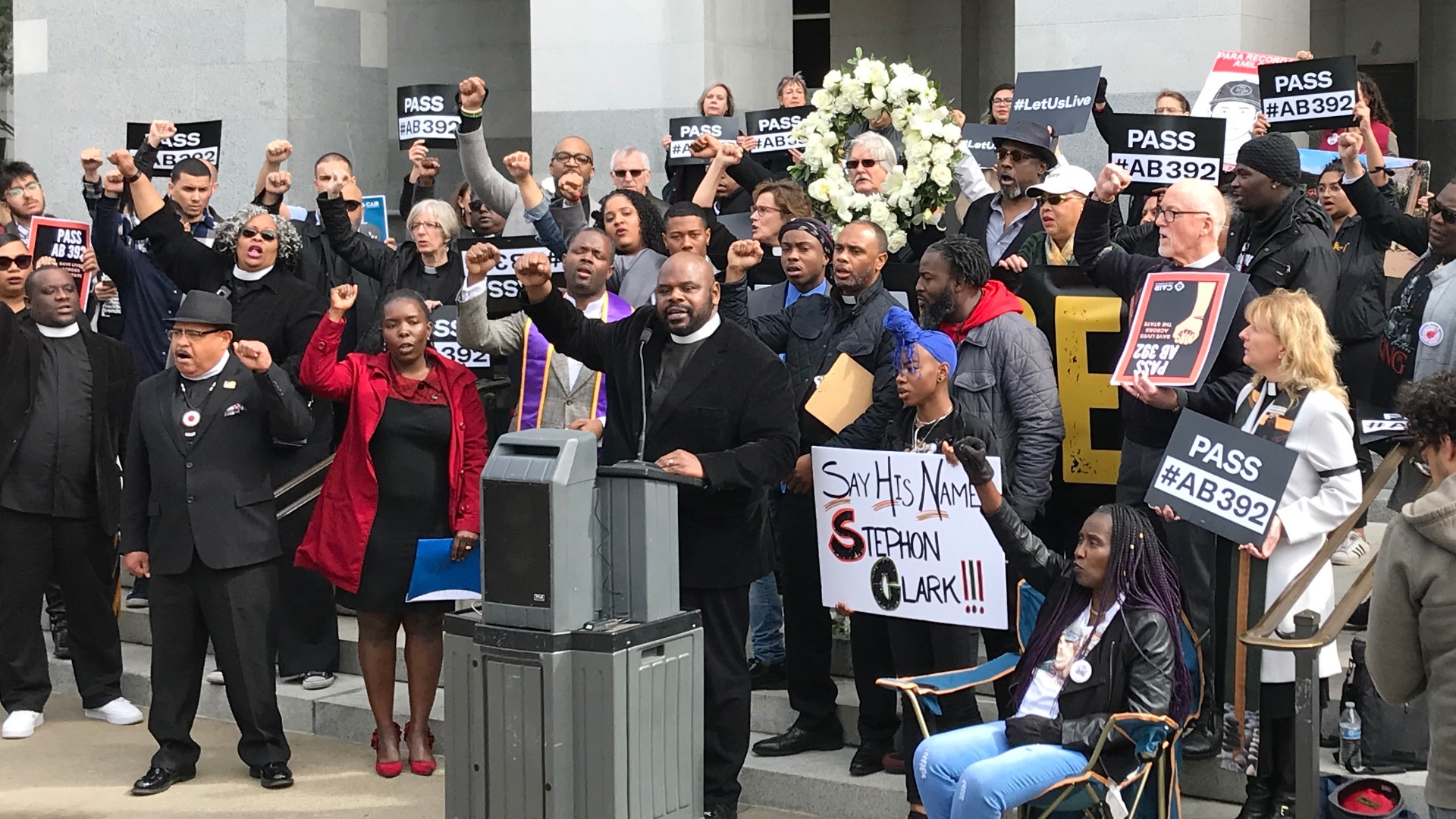 SACRAMENTO, Calif. — Many groups and community leaders came together on Thursday to add their voices in support for Assembly Bill 392, which would change police use-of-force policies.

Faith leaders from both Christian and Islamic traditions spoke at Westminster Presbyterian Church decrying the recent police treatment of protesters and calling out what they said was a lack of justice in the city.

The congregation then exited the church and marched to the capitol just blocks away. Along the route, the group shouted chants like "No justice, no peace, no racist police" and "If we don't get it, shut it down."

The group was met at the steps of the capitol by politicians Shirley Weber and Kevin McCarty, co-authors of AB392, as well as the family of Stephon Clark.

As written,  AB392 would "redefine the circumstances under which a homicide by a peace officer is deemed justifiable to include when the killing is in self-defense or the defense of another, consistent with the existing legal standard for self-defense, or when the killing is necessary to prevent the escape of a fleeing felon whose immediate apprehension is necessary to prevent death or serious injury."

"We cannot continue the practices that are representative of Jim Crow South by ignoring the fact that there are individuals in this state who are being harassed, but who are also being killed unnecessarily," Weber said. "And so we have to have a new method and a new law that basically changes the use of lethal force in this nation."

Ben McBride, an activist for peace and justice, called out other Californians in positions of power like Attorney General Xavier Becerra and Gov. Gavin Newsom to support the bill.

"Black and brown people will not continue to wait for you all to make the decisions you want to make, that are politically convenient," McBride said.

Stevante Clark, Stephon Clark's brother, explained what it meant to have so many people show up to remember his brother and support the bill.

"It means a lot to me," Clark said. "At the end of the day my brother's gone. So this bill wont help my situation. But, like I said, to prevent anything like this from happening again to anybody else's family, that's the best we can do."

If you want to read the full text of AB392 it can be found here.