A member of the Sacramento Chapter of National Lawyers Guild recorded a video of an incident that appears to show an officer slap a phone out of someone's hands. 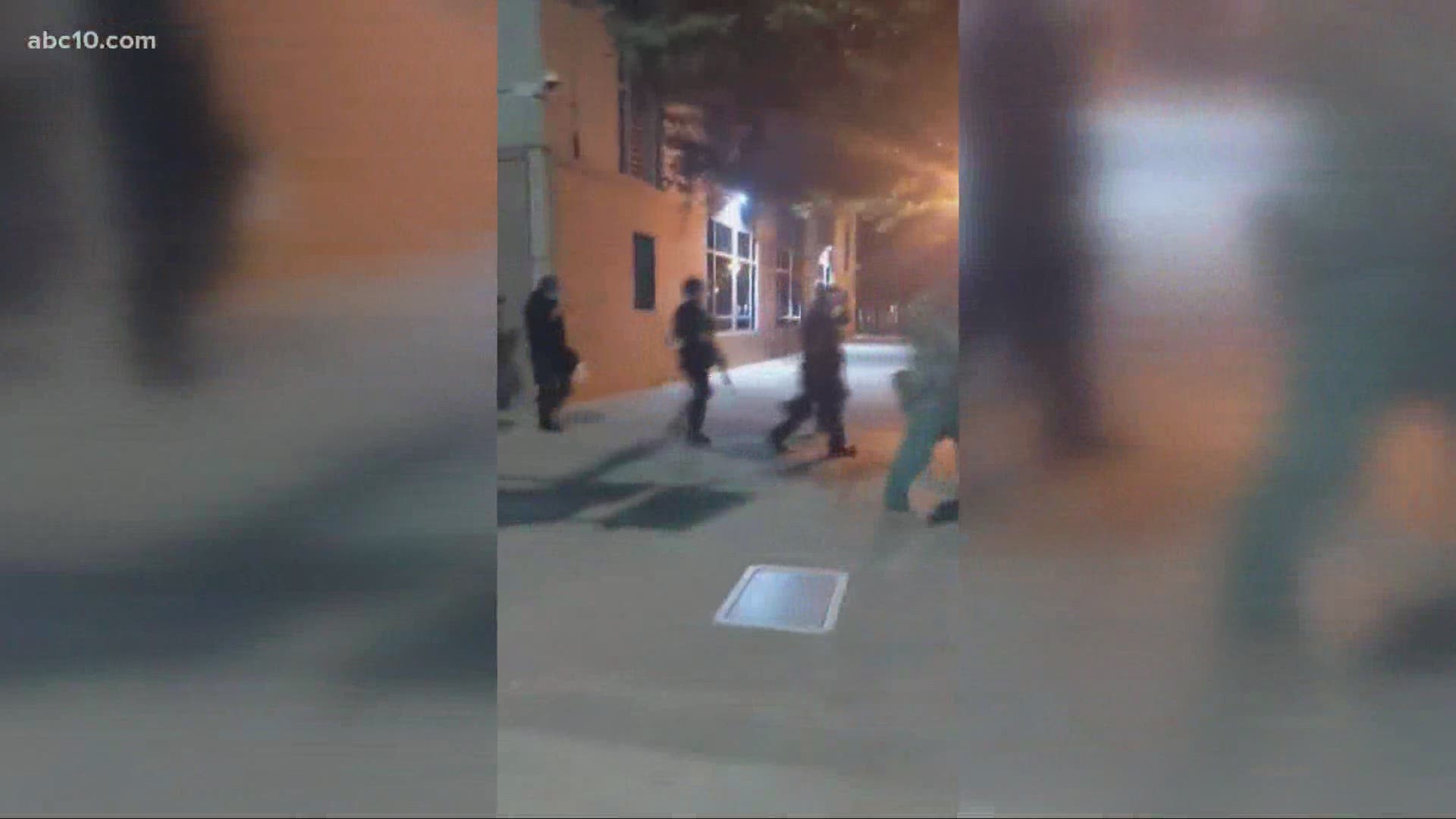 SACRAMENTO, Calif. — The Sacramento Chapter of National Lawyers Guild [NLG] has filed a complaint against the Sacramento Police Department for what they claim was a violent “assault” of a protester in downtown Friday by a police officer, the association announced Tuesday.

The NLG, which monitors police activity in Sacramento, filed the complaint on "behalf of the citizens," NLG Sacramento President Elizabeth Kim said. A member of the chapter recorded a video of what appears to shows an officer slap a cell phone out of a woman's hand. The group also claims, although it isn't clear in the video, an officer pushed a woman, causing her to hit a wall.

In addition to the legal complaint, the NLG announced it’s also requesting an immediate investigation in its filing with the police department's internal affairs and the Sacramento Community Police Review Commission.

"We want them (city and county leaders) to actually do something about bringing discipline or at least reprimanding the officers for assault and battery and vandalism against a civilian,” Kim said.

Kim also claims most officers also fail to display their badge numbers or names during demonstrations as the law requires.

The Sacramento Police Department was contacted for comment, but did not respond.