Despite the rising cost of housing, there are still routes to homeownership 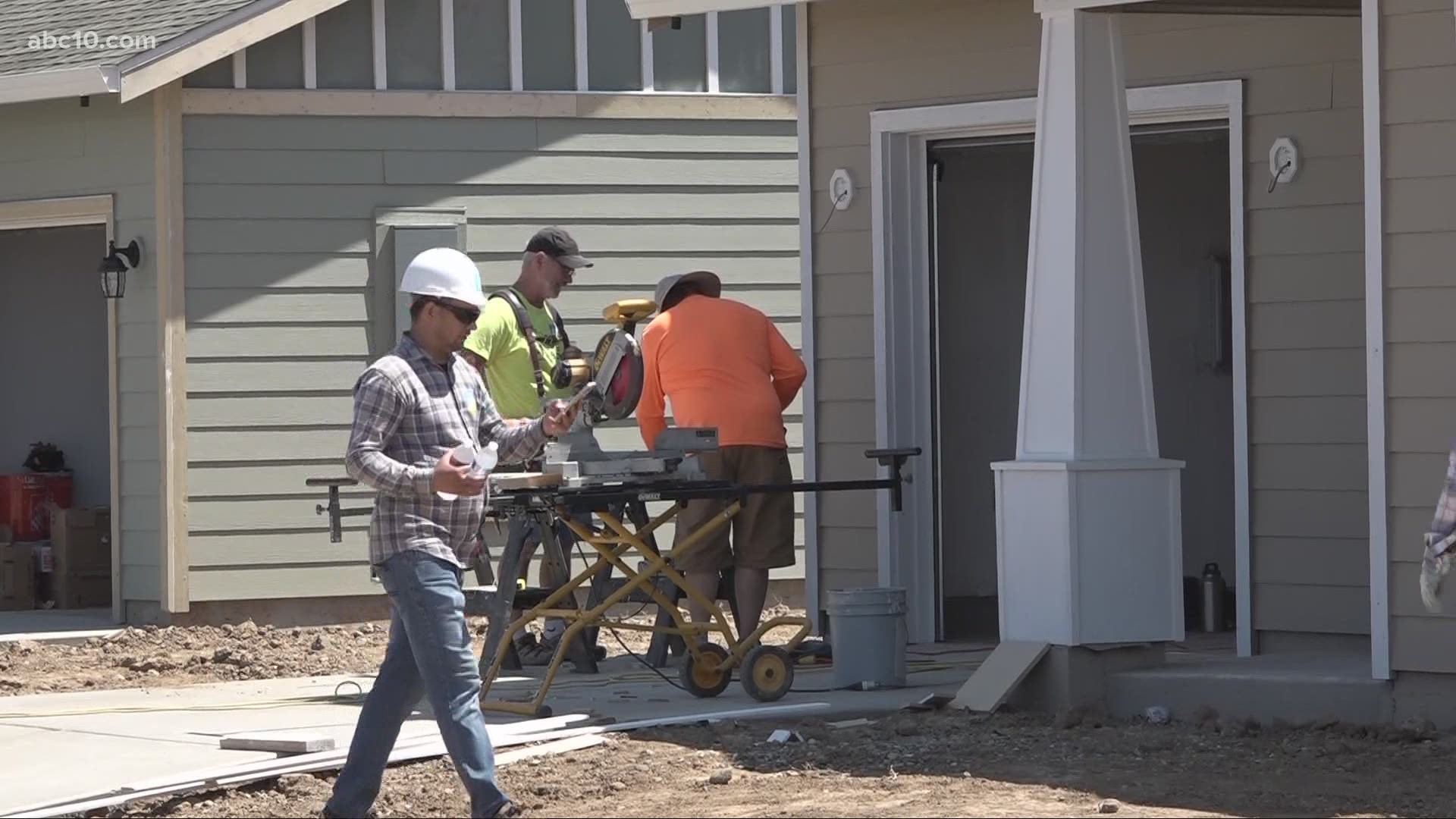 SACRAMENTO, Calif. — The cost of homeownership continues to rise across California including in Sacramento. While many might think owning a home is already out of reach, they might be surprised to learn they still have options.

Abdullah Qasimy is a future homeowner of a property made possible through Habitat for Humanity. He’s been taking part in the building process along with volunteers, and Wednesday, he completed the Habitat for Humanity required 500 hours of sweat equity. He recalled the moment he first found out he qualified for the program.

“Yeah, that was a very good moment in my life,” Qasimy said.

Qasimy came to Sacramento from Afghanistan with his family after helping the US military. He said being a homeowner allows him to think about the future.

Shannin Stein, the chief operating officer with Habitat for Humanity of Greater Sacramento, wanted to clear up what the organization is about.

“There’s a misconception out there that Habitat gives out homes or that we rehouse homeless,” she said.

She said they give an opportunity for hard working families and households who have traditionally been shut out of the traditional mortgage market. She knows that, right now, many people feel like homeownership is out of reach.

“Right now, the last statistic I heard was that less than 14% of the available housing stock was affordable for someone making 80% of the area median income. And that’s probably dropping,” Stein said.

Sacramento appraiser and housing analyst Ryan Lundquist explained what he’s seeing when it comes to home prices just since the beginning of the year.

He said it’s not unique to homes either.

“It’s not just the resale market. It’s also rentals. And so year over year, we’re up about 9% or 10% from where we were last year,” Lundquist said.

If people are looking for help locally, Lundquist suggested reaching out to the Sacramento Housing and Redevelopment Agency or Sacramento Self Help Housing, and of course, Habitat for Humanity.

One of the qualifications for applying for Habitat’s programs is paying too much for rent, or more than 50% of one's income.

That's not hard when the latest statistics for the area show a two-bedroom apartment is between $1,500 and $2,500 dollars. To live comfortably, one would need to make $70,000 a year, which many people simply don't make.
And as Stein explained, people shouldn’t assume their family doesn’t qualify.

“A lot of people think they don’t qualify, and there’s actually a lot more people in the general Sacramento Community who probably do qualify,” Stein said.

“We have a pre-application online right now. It takes less than three minutes to fill out, and we’re actually looking for families right now. We’re looking to fill 10 new homeowners with opportunities,” she said.

Anyone interested in Habitat’s programs are encouraged to visit www.HabitatGreaterSac.org/apply and fill out a pre-application. Habitat says it takes less than three minutes. Applications are due by July 6. Habitat for Humanity will hold a virtual orientation on July 7 where applicants can complete an in-depth application.