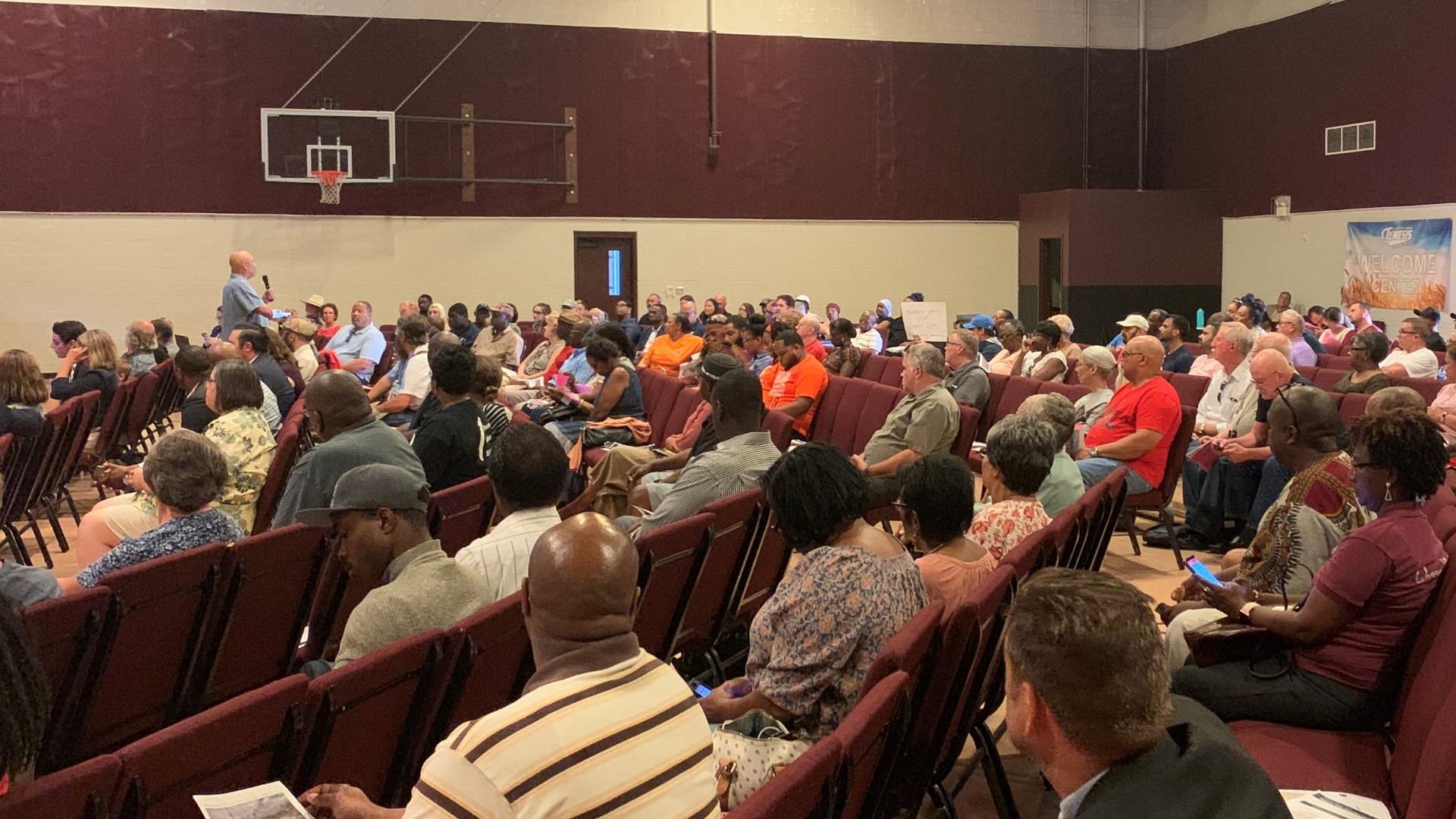 SACRAMENTO, California — A community meeting was held on a proposed homeless shelter in Meadowview by the Sam and Bonnie Pannell Community Center.

The meeting was filled with lots of emotions and frustrations.

"Are we gonna wait for an outbreak of typhus before we decide we're gonna bring people indoors," Sacramento Mayor Darrell Steinberg asked during the meeting.

Some people against the proposed shelter expressed their worries about crime, trash, and even property values.

"I'm buying a house," Bill Cooper said. "I don't want my property values to go down because of that."

Many people spoke against the proposed shelter, including District 8 councilman Larry Carr.

READ ALSO: From homeless to valedictorian, Georgetown grad helps others beat the odds with education

However, one woman, Patricia Wentzel, had a different point of view. She lives nearby and works with the homeless.

"I think the image of the homeless person of a drug-addicted criminal is just not very accurate and I think a lot of people who are homeless don't fit that image and don't deserve to be tarred with that brush," Wentzel said.

At the end of 2018, Steinberg requested each council member find a site in their district for a homeless shelter. Each site had to accommodate at least 100 people, preferably be paved, and have access to utilities.

Some of the other proposed sites around the city include Cal Expo on Ethan Way and under the W/X freeway on Alhambra.

Capitol Park Hotel in downtown Sacramento will open up as a shelter in September.