Across the country, every day, approximately nine people are killed and more than 1,000 are injured in crashes caused by distracted drivers, according to the CDC. 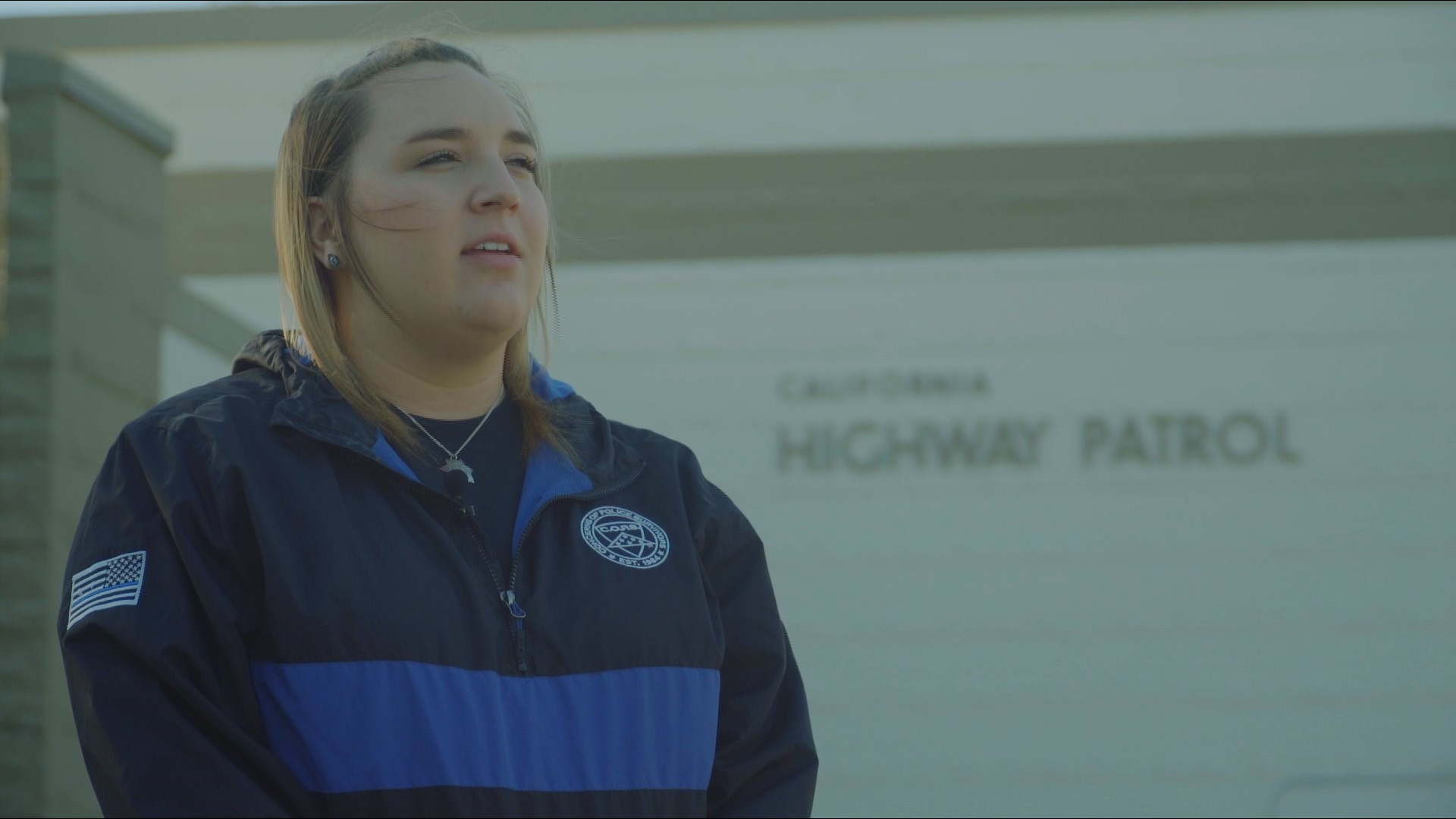 SACRAMENTO, Calif — The daughter of a fallen California Highway Patrol (CHP) officer killed by a distracted driver is warning the public about the dangers of texting and driving.

"He was just a perfect guy. He was as perfect as you could get with the frosted tips. Every time he would pull off that helmet his hair would stick up like a porcupine," said Kaci Griess, with a smile.

Griess shared memories of her father, her hero, her best friend, who was killed in the line of duty in August 2018.

"My dad was 46-years-old when he was killed in the line of duty and no age is old enough age for that to happen," Griess said.

CHP Officer Kirk Griess pulled over a car on Interstate 80 last August. It was a typical traffic stop that turned deadly when a driver, texting, slammed into him.

"It's hard to wake up everyday knowing why your dad is gone is 100 percent preventable. It was a blatant act of disregard for people around him. And ultimately you pay the price when it comes to stuff like that," Griess said.

Across the country, every day, approximately nine people are killed and more than 1,000 are injured in crashes caused by distracted drivers, according to the Centers for Disease Control and Prevention.

"So many people's lives are lost because of distracted drivers and it needs to stop," Griess said.

She hopes she can convince people to put down the phone. She said it's never more important than your life or someone else's life.

RELATED: Calif. lawmakers trying to crack down on distracted driving by increasing the penalty

"I get turned down a lot, yelled at, screamed at. Mind your own business. Like I said before, you are making it my business. You are a problem to the rest of the road. That one decision could lead to you and everyone else around you losing their life," Griess said.

"I don't want anybody to ever have to go through the loss my family is going through, because it's almost a year next month. I still feel like it's that day, and there have been times where I've been thinking about him. Even if I wanted to call him, it can wait. If it's an emergency. You need to pull over. It's not worth it," she said.

The man that hit Griess, Sean Walker of Rocklin, is facing two charges of vehicular manslaughter for the crash.

Remember, it is against the law to use your phone while driving unless it is in hands-free mode. You can be fined if caught and that fine goes up if you are caught more than once.