Day in the life: CHP officer focuses on empathy in times of tension

CHP officers are trained to be non-confrontational and to de-escalate situations but we wanted to take it a step further and see what it's like to be behind the badge. 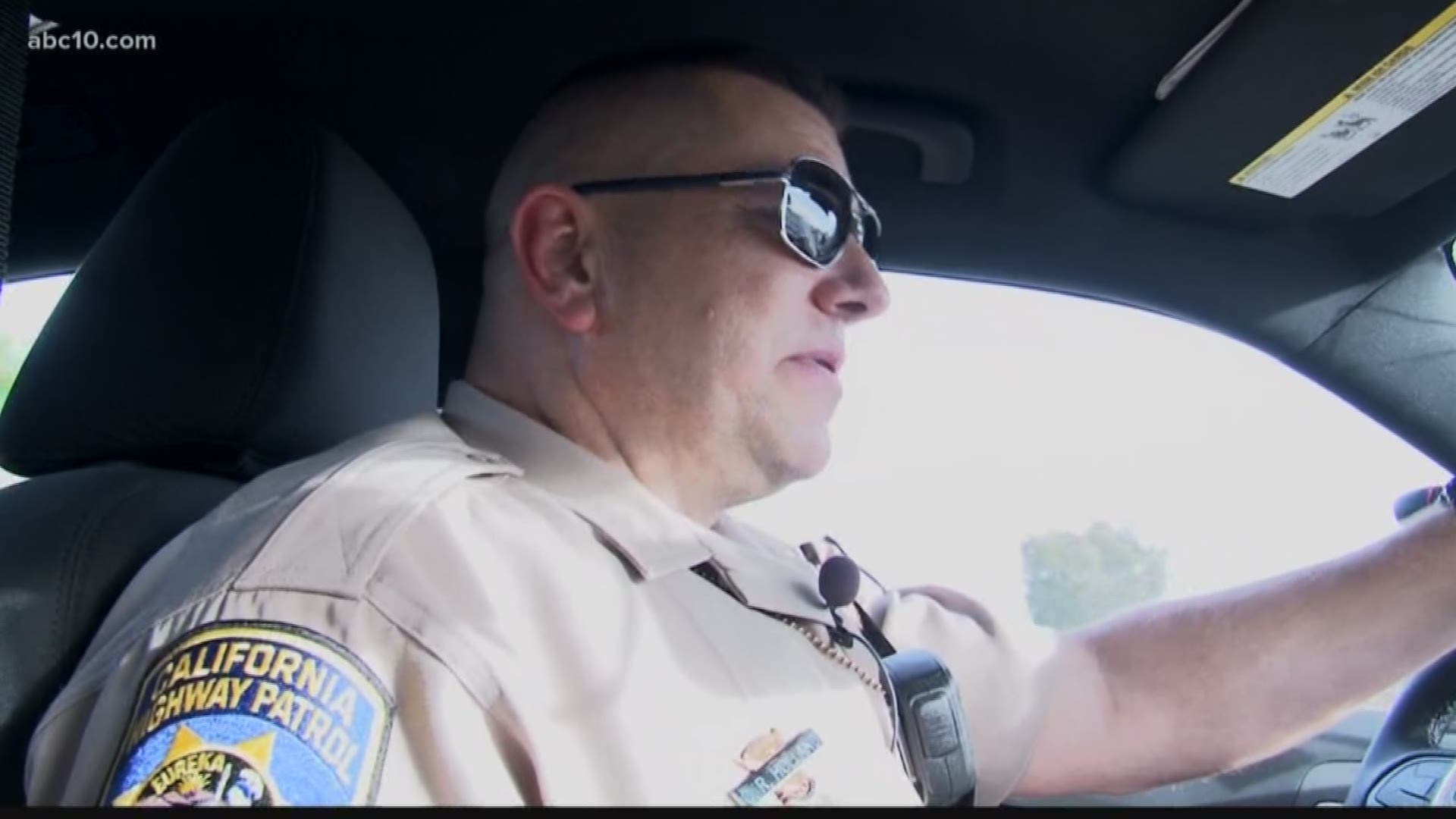 "I have been with highway patrol for a little over 17 years," Holland said.

Over the past several weeks, CHP officers have been busy during protests in Sacramento following Stephon Clark's death.

On several nights, our cameras captured the tense moments between protesters and CHP officers. They are trained to be non-confrontational and to de-escalate situations, but we wanted to take it a step further and see what it's like to be behind the badge.

Holland will say every day is different and every call is unique. He'll say his approach is simple:

"Even though you may not understand what they are feeling, you sympathize or empathize with them and you don't hold it against them," Holland said.

Holland takes pride in helping people, and he doesn't take the responsibility lightly.

With our cameras rolling, we didn't ask Holland any questions directly about CHP's involvement during the protests, because it's a sensitive topic, but more about his demeanor overall.

Holland admits sometimes it's difficult to connect with people unlike him, but he tries.

"Sometimes there is no common ground. Sometimes you never find it," Holland added.

Even if times are tense, he wants to connect with the people he serves in the community.

"That's what it's all about for me—to come to work every day and to help people," Holland said. "To stay positive and to let people know that, 'Hey, we care about people, we care about our jobs, we care about what we do, because if we didn't care, then what are we doing?'"