Don't get burned this Fourth of July: A guide to fireworks ordinances

Fireworks booths will be open for business in Sacramento on Thursday -- play it safe and know the rules of what is and isn't allowed. 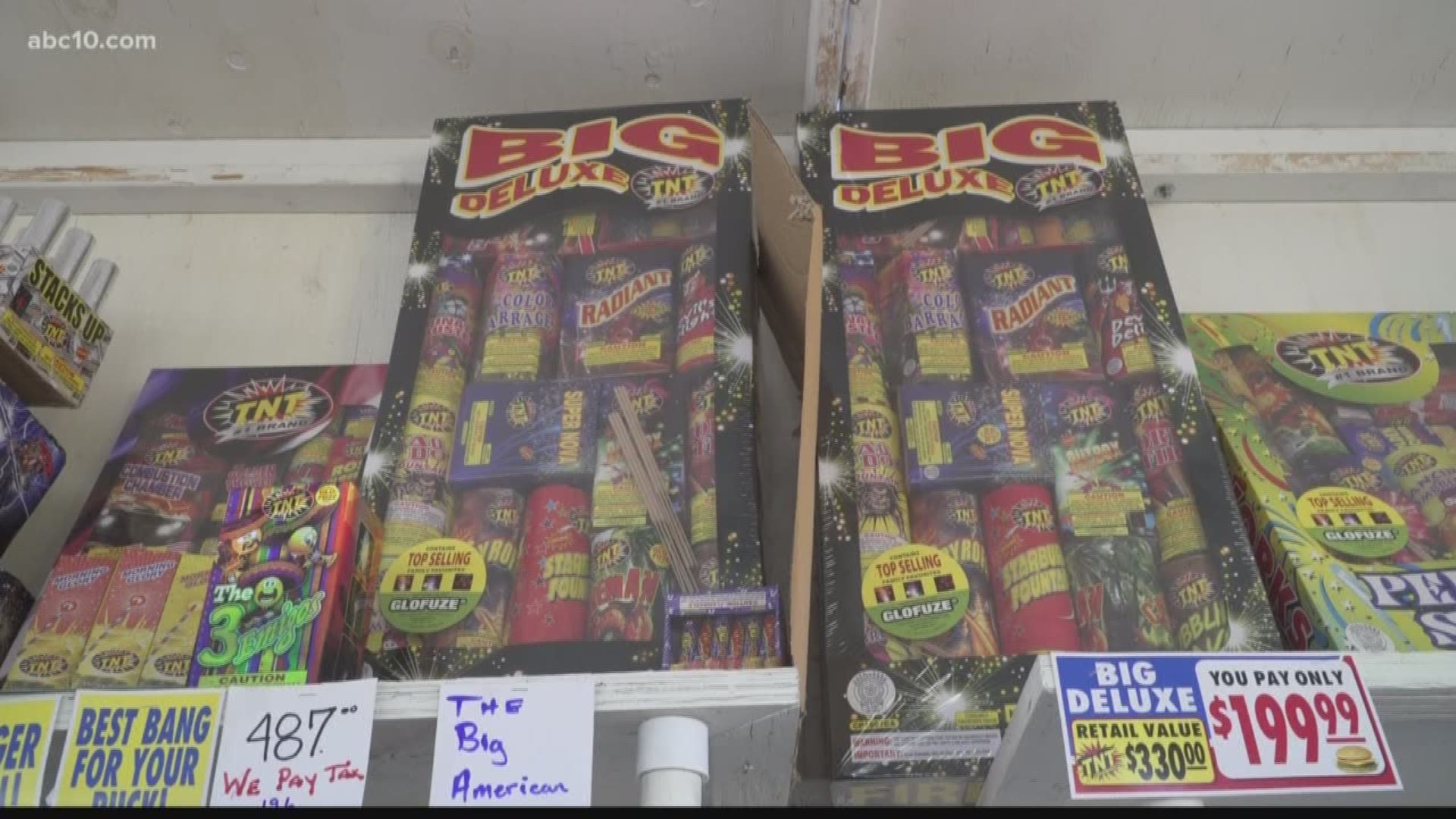 Independence Day fireworks season is underway in Sacramento -- which is ranked 15th out of 100 cities in a list of the best places to celebrate July 4, according to WalletHub

As all these kinds of rankings go, it’s probably best to take this one with a grain of salt – after all, it lists San Francisco a full three points after Sacramento, despite the magnificent spectacle of watching fireworks from the Golden Gate Bridge or Crissy Field.

New York is number 1 and San Bernardino is 100.

In any case, blowing your hand off with an artillery shell is a sure-fire way to ruin the day, so public officials urge celebrators to observe the fireworks ordinances in their area. Rules vary slightly, but the general idea is to restrict fireworks usage to July 4 and the days leading up to it, and to prohibit the most dangerous – both as fire and personal safety hazards – types of fireworks. Only licensed vendors may sell fireworks, and cities have very particular rules about who can sell them and how many vendors are allowed.

The following are fireworks ordinances in the Sacramento area.

Use of ‘safe and sane’ fireworks is allowed from noon June 28 through midnight July 4.

Those with questions or complaints about fireworks and fireworks booths may email the Fire Prevention Team at: prevention@sfd.cityofsacramento.org

Fireworks in the ‘safe and sane’ category are allowed from noon June 28 to 10 p.m. July 4

Fireworks stands can begin sales at noon June 28 and must conclude by 10 p.m. July 4.

Fireworks can be sold between noon June 28 to 10 p.m. July 5, and licensed vendors may operate between 9 a.m. and 10 p.m. from June 29-July 5, according to Elk Grove city ordinance. Fireworks may not be bought or sold by people under 18. Placement and number of fireworks stands are determined by zoning, per city ordinance.

Only ‘safe and sane” designated fireworks are legal, and all fireworks are prohibited on city-owned properties and parks, except the Lembi Community Park parking lot, according to the Folsom website. Sales and discharge of these fireworks are allowed between noon June 28 and midnight July 4.

Fireworks stands can begin sales at noon June 28, and after that can only operate between 9 a.m. and 10 p.m. through July 4, according to the Roseville website. The ‘safe and sane’ fireworks that can legally be sold at these booths can be discharged from noon June 28 until midnight July 4.

The city sponsored fireworks display starting at 9:30 p.m. July 4 is the only legal use of fireworks in the City of Davis. City ordinance prohibits the sale or discharge of fireworks ‘or any substances designed for pyrotechnic display,’ according to the Davis website.

Possession or discharge of fireworks other than those designated ‘safe and sane’ by the State Fire Marshal is prohibited, unless a permit has been issued by the Modesto Fire Chief. Sales or purchase of fireworks is prohibited to those under 18. Modesto has a very detailed city ordinance controlling the sales and use of fireworks.

Play it safe and have a happy July 4!