Renovations of the Convention Center Complex, the $340M C3 Project, are scheduled through November 2020. 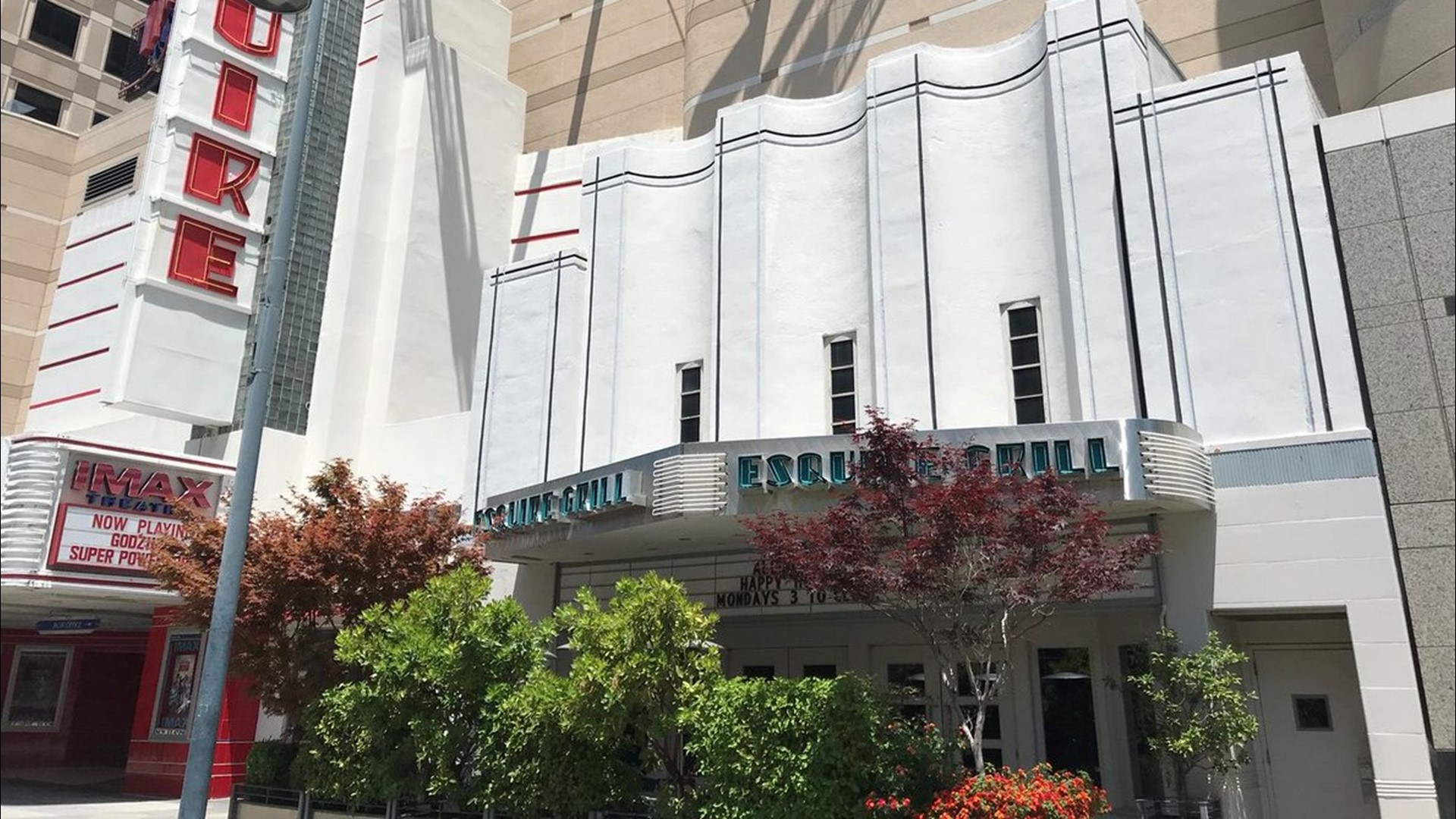 SACRAMENTO, Calif. — A staple to Downtown Sacramento, the Esquire Grill off K and 13th streets, has decided to close their doors for good after 20 years of business.

The owners say it's because of a $340 million construction project at the convention center complex. Without foot traffic of convention center and theater guests, plus some added street closures, owners of the Esquire Grill said they just wouldn't be able to survive.

"It's a landmark here in Sacramento for one thing," Timothy Imouwe, a Sacramento resident said. "That's kind of a sad thing to see an outstanding restaurant close its doors."

Only a stone's throw away, the city is working to revitalize the convention center complex. City officials say construction on the Memorial Auditorium just wrapped up, but the Community Center Theater will close this week and the Sacramento Convention Center will close mid-July, all the way up until the fall of 2020.

Learn more about the C3 Project.

"When we open, there's going to be so much more tourism, so many more visitors to Sacramento. It's really going to boost it forever more," Ofelia Avalos, a senior engineer for the City of Sacramento said.

The buildings were built back in the early 1970s, so C3 project manager Ofelia Avalos says it's time for a new look!

"It's going to be a whole new renovation and facelift to this side of downtown," she said.

Upper Crust Pizza has been open for more than 25 years across the street from the convention center and they say this temporary closure has them worried, too.

"I'm nervous that they're closing. It's a big draw for us on the weekends and [during] big conventions, and I'm nervous about losing business for a year and maybe even more," Christopher Thee, owner of Upper Crust Pizza said.

But with the hope of feeding hundreds of construction workers every day, they plan to weather the storm.

The new convention center will be more than 100,000 square feet larger than the old one. And while people in the area should expect some street closures during construction, the city tells ABC10, when all is said and done, this project is expected to draw more visitors and more money to downtown Sacramento.

"We've grown, our population has grown, and we want to grow our local economy to match that and bring in more shows and more entertainment for our Sacramento folks and tourism into the city to revitalize our economic downtown," Avalos said.

The C3 Project is aimed at renovating and expanding the Sacramento Convention Center, the Memorial Auditorium and the Community Center Theater. Work on the auditorium started June 2018 and was completed in May 2019. Work on the convention center started in December 2018 and is scheduled to re-open in November 2020. Renovations at the community center started in May 2019 and is set to be completed in September 2020.

WATCH ALSO: "Wings of the City" makes its mark in downtown Sacramento