Organizers of the 'Let Them Play' rally say California is one of only seven states in the country that isn't allowing youth right now because of the pandemic. 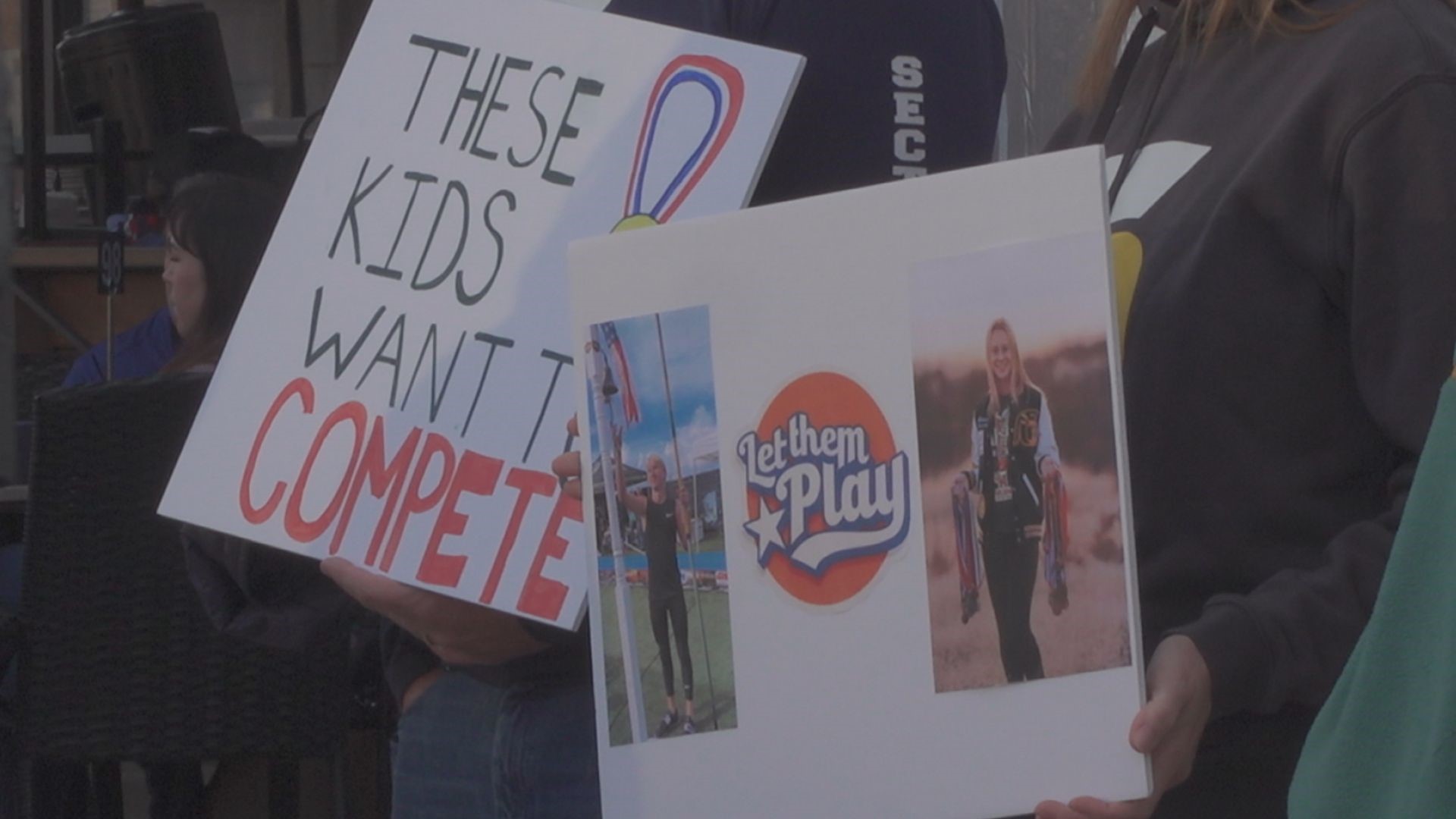 EL DORADO HILLS, Calif. — Parents across California are pushing to get their kids to go back to playing youth sports.

They are holding dozens of 'Let Them Play' rallies all over the state, including one in El Dorado Hills. The parents and student-athletes involved are asking the state to just let them play and bring back youth sports to the state for the first time since last March 2020.

"Every day I wake up and football is on my mind," Luke Armstrong, a junior at Oak Ridge High School said.

"My dream is to play division one college football and I've been working really hard for that," he said.

But he says that dream could be in jeopardy because of coronavirus restrictions.

"This is kinda the year where I start to get further or higher up on coaches lists. And so this year, it was just supposed to be super important to me so that I'm able to start getting more looks and hopefully offers," he said.

That's why parents like Kristen Roeder, a mother of four, are pushing the state for one thing.

"I hate to say that, but the bottom line really, it's not fair. It's not fair to our kids, it's a horrible situation that they have been put in at no fault to them," Roeder, an organizer for the El Dorado Hills rally said.

California is one of only seven states in the country that isn't allowing youth right now because of the pandemic.

"This is what motivates them to do well in school. This is what they look forward to every day. This is how they set their goals and when you take that away, they get in trouble, they don't have anything to do, they're bored," Ali Esten said.

Esten, a mom of two boys, said it's been difficult watching other states bring back youth sports while California has been stuck on the sidelines.

"I think it was in the fall when they were airing some of the high school football sports and it brought tears to my eyes because I just thought, why can't my boys do that?" she said.

"I don't care if they tell us we have to drive x amount of miles, I will. We just all need to play," Armstrong said.

ABC10 reached out to the California Interscholastic Federation (CIF) about this and they said, because the Sacramento region is back in the purple tier, cross-country can come back on Jan. 25.