The vandalism of the 'El Soldado' monument allegedly happened the same weekend that protesters pulled down the statue of Father Junipero Serra. 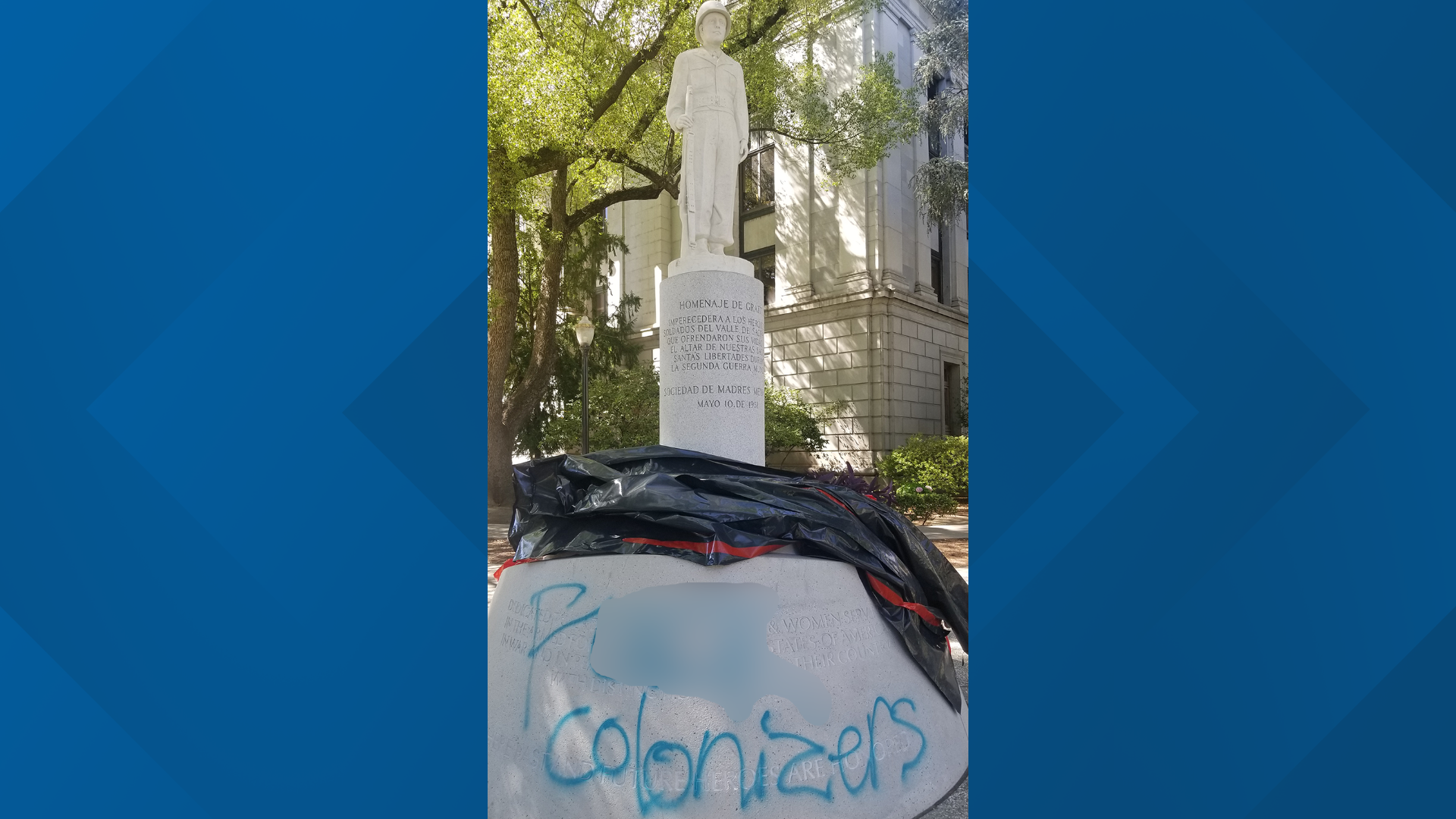 In message to press, Chris Marzan, spokesperson for the organization, said the incident happened on July 4th, possibly during the evening's protests.

The monument was sprayed with graffiti reading "F*** COLONIZERS" at its base.

The statue has been at the State Capitol since 1990.

Marzan said the organization considers the vandalism a "hate crime" towards their community.

The vandalism comes the weekend that protesters pulled down the statue of Father Junipero Serra, a Spanish priest who led the development of the California mission system in 1768. Serra's controversial past of abuse toward and enslavement of Native Americans has prompted protesters to topple other Serra monuments in the state since 2015.

Last month, Sutter Medical Center took down the statue of California colonizer and founder of Sacramento John Sutter days after somebody threw red paint on the monument.

In the state Capitol, lawmakers announced that they would remove a statue of Christoper Columbus, whose voyages to the Americas led to the colonization of North America and the mass slaughtering of the indigenous tribes who had already lived on the lands.