Residents say the affordable housing community could be in danger of being bulldozed over if city council approves the "West Broadway Specific Plan." 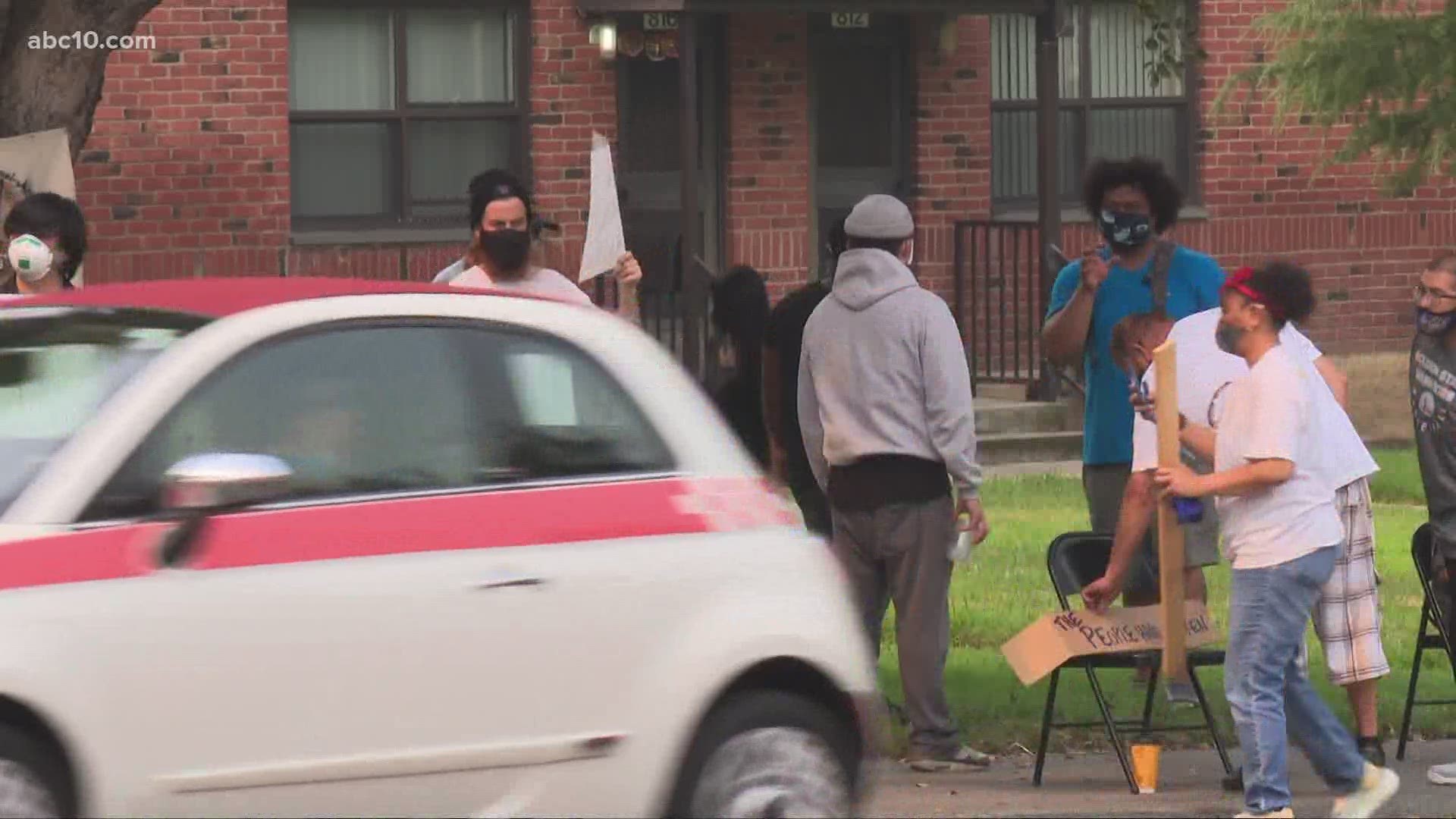 SACRAMENTO, Calif. — Folks living in Sacramento's New Helvetia neighborhood are trying to save their historic homes.

The Sacramento City Council will be voting Tuesday evening on a plan which could include demolition of the property.

"It's just not fair at all to us," Marcheri Smith, a resident in the New Helvetia community said.

Smith, a single mother of two young boys under the age of six, worries her home is far from permanent.

"This is our home! We live here! We sleep here every night!" she said. "At night, you know it's hard, wondering, thinking, I can't sleep because I'm up looking at them, wondering, what's going to happen if we get a notice saying that we need to be gone by a certain amount of time?"

Smith has spent the past 10 years living in the Alder Grove public housing community, also known as New Helvetia. She says her home could be bulldozed over if the city council approves the "West Broadway Specific Plan."

This is Levalasi Rhodes. She’s fighting back against a potential future demolition of her New Helvetia neighborhood, an affordable housing project in Sacramento. City council is voting on the “West Broadway Specific Plan” tomorrow night which may include some demolition. @ABC10 pic.twitter.com/MsnNifYWZ1

"We can do new good things on Broadway and keep an affordable housing project too. Why can't they both be here?" said Heather Fargo, a former Sacramento mayor.

Fargo came to support the residents in a rally in front of their homes on Monday morning and so did former NFL player Malcolm Floyd who grew up in the community.

But at the end of the day, the Sacramento Housing and Redevelopment Agency claims they're not demolishing anything. Instead, they say they'll be relocating families temporarily while repairs decades in the making are made.

"To finally get into the units to make much-needed repairs, to upgrade the kitchens, the bathrooms, the flooring, the infrastructure," La Shelle Dozier, Executive Director of SHRA said.

And with the word "demolition" still written into the nearly 800-page plan the city council will be voting on, residents say they aren't buying it.

"Oh it's not demolition," Barry Accius, a community activist said. "We know it's demolition. There ain't no other way you can redevelop our community without demolition."