Alex Holden was last seen by his girlfriend leaving his I street apartment around 2:30 a.m. on Dec. 31. 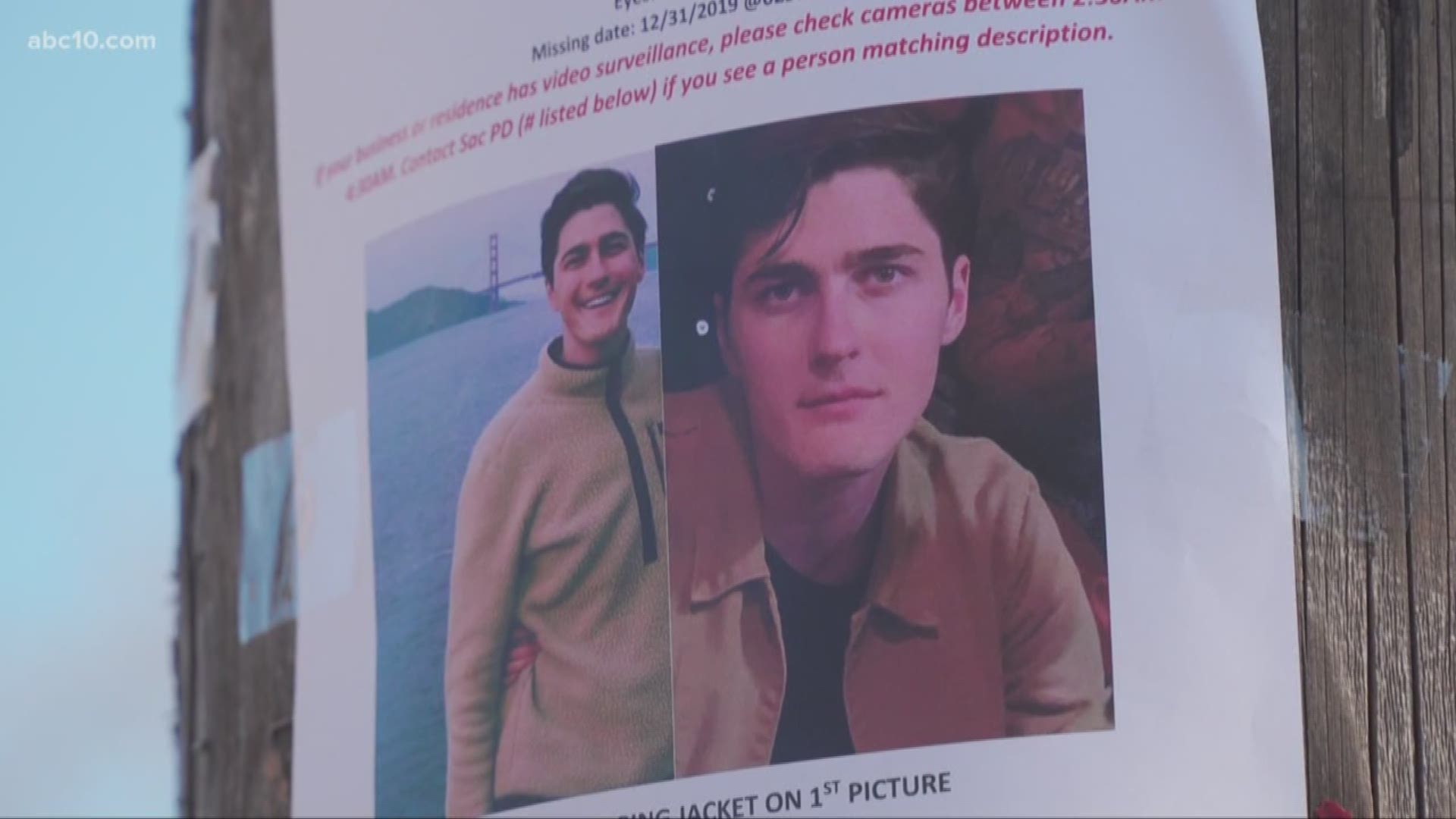 SACRAMENTO, Calif. — The family of a 25-year-old man who's been missing from Sacramento since New Year's Eve is offering a $10,000 reward for information on the man's whereabouts.

Alex Holden was last seen by his girlfriend, Kennedi Perri, leaving his I street apartment in downtown Sacramento around 2:30 a.m. on Dec. 31. Perri said he'd been drinking and went for a walk after an "emotional" talk.

"We have run down all the leads we have been given. The Sacramento police have worked tirelessly," Calvin said in the video. "We're just asking for any help from anyone who can help us find Alex. That's why we're offering a $10,000 reward for information for his return."

Palmietto addressed her son directly in the video saying, "Alex, if you can hear this, I want you to know that we are looking, doing everything we can and we're not going to stop looking until we find you."

Palmietto urged anyone with information to contact the Sacramento Police Department. The video ended with Holden saying, "Alex, we love you. Come home."

Holden is just over 6 feet tall and weighs approximately 190 pounds. He has brown hair and brown eyes.

WATCH ALSO: Drug disposal advice may be wrong if you live in California, study says

A new study says, if you have pills, chances are a pharmacy employee in California will tell you the right way to dispose of them...only half of the time.