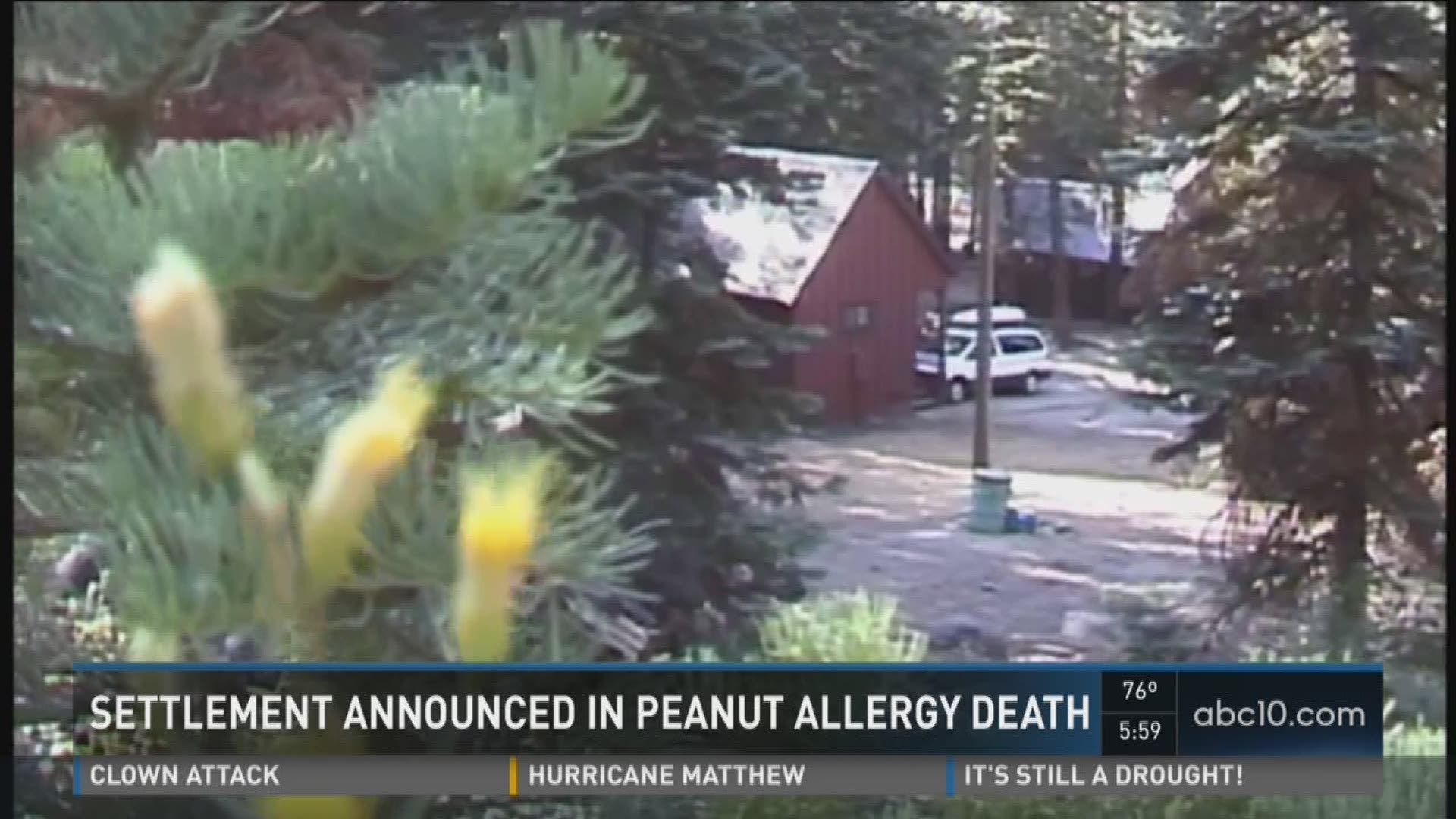 In July 2013, 13-year-old Natalie Giorgi died after going into anaphylactic shock. She was at Camp Sacramento with her family and ate an unlabeled Rice Krispie treat with peanut butter.

On Wednesday, in a press conference, the Giorgi family and their lawyer announced that they've reached a $15 million dollar settlement with the city of Sacramento.

"There's not a day that goes by that I'm not thinking of my child and thinking of what Natalie meant to us a and seeing her in the room of our home and missing her," said Joanne Giorgi, Natalie's mother. "There's not a day where you don't physically ache for their presence and feel that."

The Giorgi's lawyer, Roger Dreyes, started the press conference remembering the tragedy, calling it death in the "most horrifying fashion." Natalie died in her mother's arms.

After a taste of the Rice Krispie, Natalie told her parents it didn't taste right. She went into a anaphylactic shock and after two Epi-Pens didn't work, her father, Louis, broke into a medicine cabinet for a third Epi-Pen.

Dreyes called the case "arduous" and one followed by many, but most importantly, the medical community and people who have connection to food allergies.

For Joanne and her husband Louis, the real victory in the settlement isn't the money. They say it's the opportunity for change and education to prevent other families from going through the same tragedy.

"Natalie was an extraordinarily impassioned and driven for a young girl even at 13,
said Joanne. "And she wanted to accomplish a lot in this world."

Even at that young age, Natalie had developed a passion for the environment and for people, especially those with any sort of disability or disadvantage.

"[She was] very proactive about speaking up about food allergies," said Joanne. "I think she'd be certainly pleased we were able to do something in her name, in her honor."

Since Natalie's death, her parents have been working to spread awareness of the dangers food allergies can pose. They've lobbied for mandatory EpiPens in all California schools and started the Natalie Giorgi Sunshine Foundation.

"[Natalie] would say 'You've accomplished a lot for those kids like me who struggled daily with food allergies,'" said Joanne, when asked what she think her daughter would think of all her parents have done. "For so many of these families, people have been fighting these silent battles."

But while publicly advocating for change and education, the Giorgis have faced some of their own silent battles too. Louis, a former urologist, lost his career. He had severed a tendon in his dominant arm while trying to break into the medicine cabinet.

"It's about my little girl. That's what makes it so secondary that's not even worth talking about which is why I had a hard time talking about it," said Louis. "It certainly compounds the loss in a lot of ways for our kids."

The Giorgios have suffered so much loss that many may never know about. But for them, the focus isn't on loss. It's on the victories they've fought for and will keep fighting for to keep Natalie's memory alive.

"She was a very passionate kid.. She very much wanted to see good done in the world," said Joanne. "We're hoping through this we can continue to do good in the world in her name."

The city released a press release about the settlement, saying the city and members of Camp Sacramento, “were deeply saddened by the death of Natalie Giorgi.”

Camp Sacramento plans to become an accredited American Camping Association destination within the next 12 months.

Dreyes said this was a huge feat because less than 25% of camps across the nation are accredited by the association. He also added that the city of Sacramento was never in denial of the tragedy but instead, took the opportunity to embrace change and protect future campers.