The ELCA says Rohrer will replace Retiring Rev. Mark W. Holmerud, who has served as bishop of the Sierra Pacific Synod since 2008. 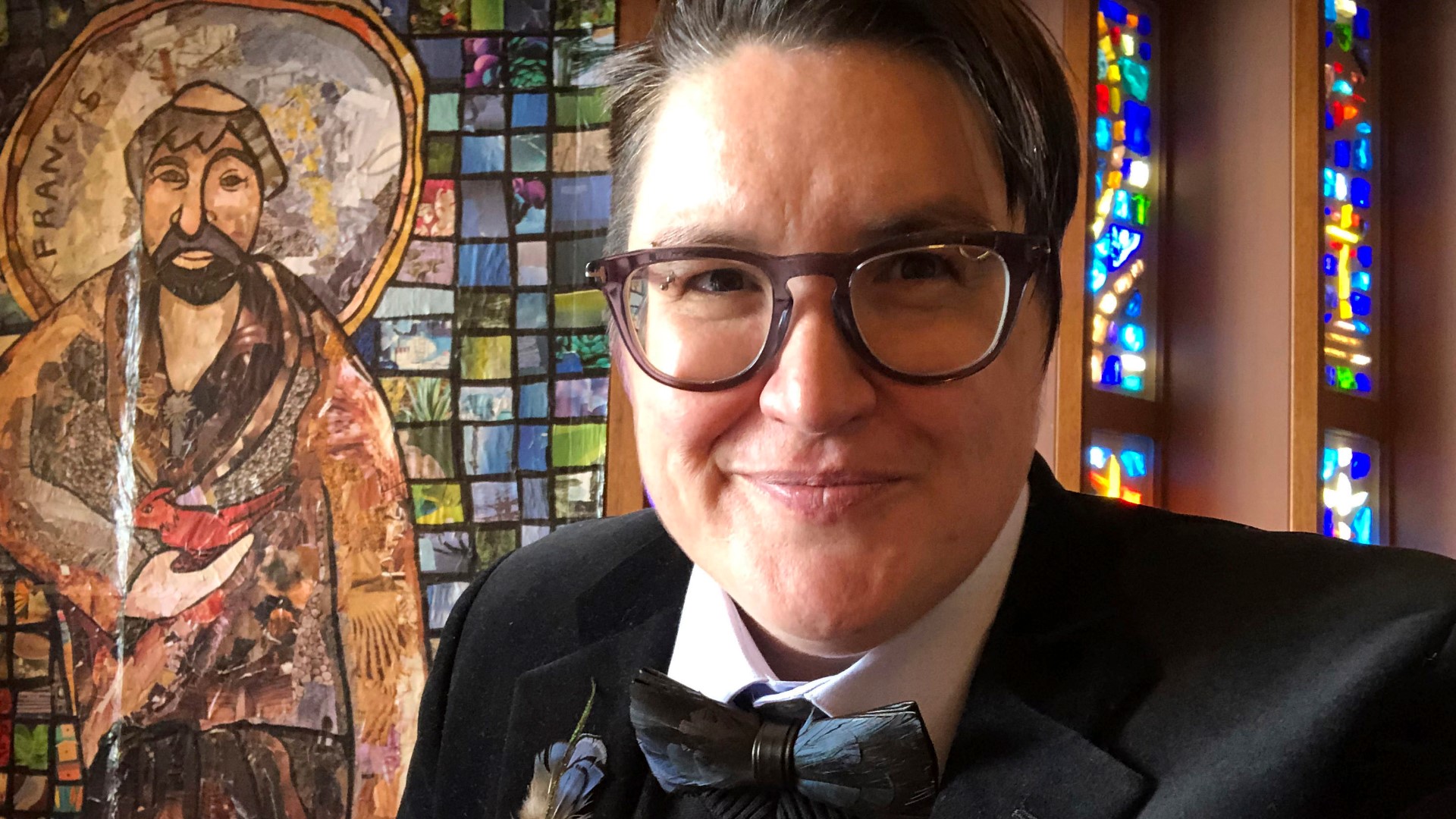 SACRAMENTO COUNTY, Calif. — The Rev. Megan Rohrer will be the new bishop of the Evangelical Lutheran Church in America’s (ELCA) Sierra Pacific synod, becoming the first transgender person to serve as bishop in the denomination, or in any of the U.S.’ major Christian faiths.

"As a trans person, it is something that I know is bigger than just one person. It's something that's historic and I feel blessed to get to be a part of it," Rohrer said.

In September, Rohrer will begin serving a six-year term at the Sierra Pacific Synod based in Sacramento, and serving Northern California and parts of Northern Nevada.

According to the ELCA website, Rohrer, who uses the pronouns “they” and “them,” was elected during an online synod assembly Saturday. The race was between Rohrer and Rev. Jeff R. Johnson, pastor of University Lutheran Chapel of Berkeley. Ultimately, Rohrer won by just two votes.

It's a journey that hasn't been easy for Rohrer, who grew up in South Dakota and faced discrimination due to her identity.

In the mid-2000s Rohrer was barred from serving in leadership positions within the church due to policies against the LGBTQ community. It was in 2010 when they were among seven LGBTQ pastors in San Francisco who were reinstated to again serve the church. Since then, Rohrer said the church continues to welcome all.

"It's a really beautiful thing to experience things when it wasn't so easy, and to see it through to this historic moment," they said.

In a world of skeptics too, Rohrer said, they aren't too bothered by it, instead focusing on their mission of spreading God's love.

"It's not a problem at all that there are folk who when they look at me and how God is using me in this world and go huh?" they said. "It just means God's showing them there's more. For me, having diversity of opinion, having a diversity of theology is a sign that God's love is way bigger than we can imagine."

The ELCA says Rohrer has served as a pastor of Grace Lutheran Church in San Francisco since 2014. They have also worked as community chaplain coordinator for the San Francisco Police Department since 2018. Between 2006 and 2014, Rohrer served as pastor of a multi-parish call serving the homeless and hungry at Welcome Ministry.

Rohrer has a Bachelor of Arts degree from Augustana University, a Masters of Divinity degree from Pacific School of Religion and a Doctor of Ministry degree and they are currently a doctoral candidate in transformative studies at the California Institute of Integral Studies in San Francisco, according to the ELCA website.

The ELCA says Rohrer will replace Retiring Rev. Mark W Holmerud, who has served as bishop of the Sierra Pacific Synod since 2008. Installation for Rohrer will be held on September 11 at St. Matthew Lutheran Church in Walnut Creek, Calif.