A diverse group of people showed up to Midtown Sacramento in support of the "Free Palestine" movement. 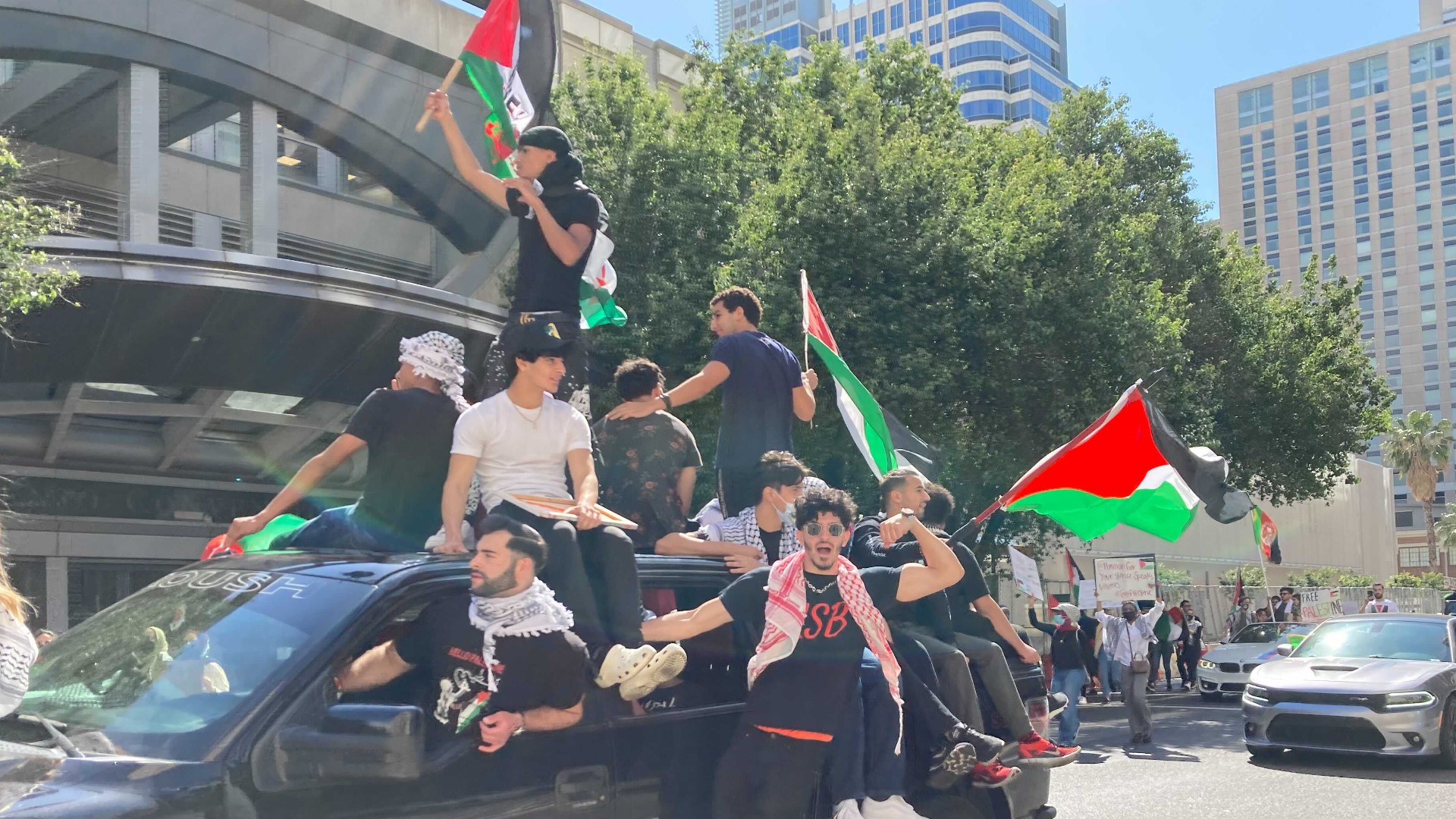 SACRAMENTO, Calif. — As some of the deadliest violence in years erupted last week between Israel and Palestinian militants, hundreds of demonstrators were drawn to Midtown Sacramento on Sunday for what organizers called a "Free Palestine" march.

"It's a beautiful thing; it kind of reminds me of Black Lives Matter," Emad Marini said, who, like many others in the crowd, identifies as a Palestinian American.

While many in the crowd arrived draped in the colors of the Palestinian flag, it was a diverse group of supporters.

Marini echoed the same sentiment, saying he was used to going through this alone.

"Before this, all it was was watching my family suffer, and nobody knows anything," he said.

Organizers said they wanted to bring attention to the violence happening now in the Gaza Strip, but also to a situation they say has been unfair for generations.

"We want the Palestinian people to have their rights as humans," Sulaiman said.

Despite the current conflict between the Israelis and Palestinians, the Sunday march remained peaceful.

"I really do want to bring awareness," Marini said. "I'm happy that, this year, this is the first time that I've seen more and more people becoming aware of Palestine."

Across the U.S., hundreds gather in unity in protest against hate acts of hatred against people in the Asian American and Pacific Islander community.