Animal intake is down, pet adoption is up, and the shelter had one of its best years in terms of donations. 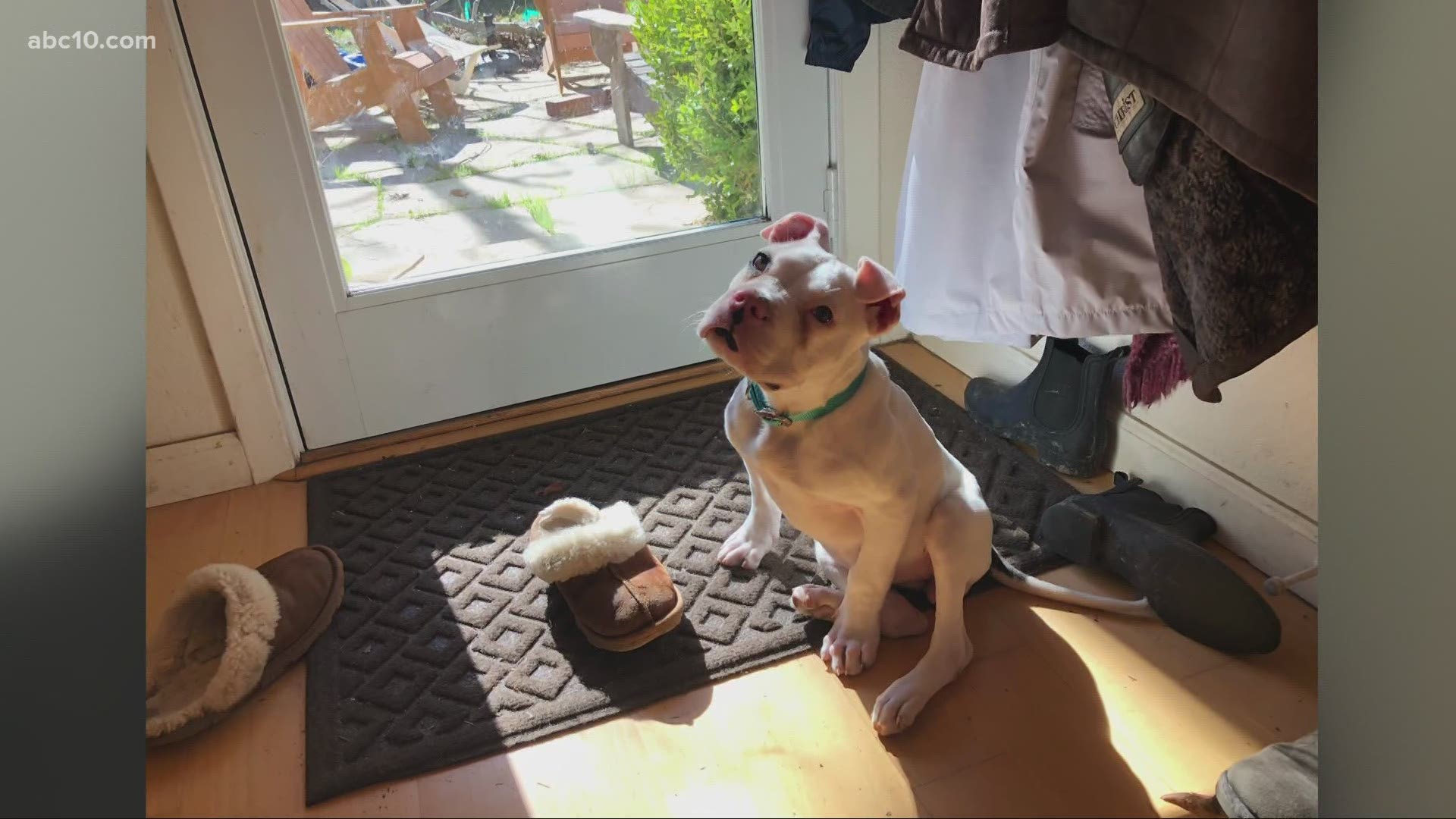 SACRAMENTO, California — The pandemic has put a burden on many, but for Front Street Animal Shelter in Sacramento, some of the changes have actually been positive.

The amount of animals, particularly dogs, the shelter takes in has dramatically reduced over the past year. And while demand for pet adoptions is high, new policies to comply with coronavirus regulations have meant good things for the animals in the shelter's care.

"With adoptions closed down, or at least our shelter closed down for adoptions, and limited volunteering and having to send our animals out to foster care, that greatly increased the amount of time that we had to spend with each animal to get them from coming into the shelter to adopted," Ryan Hinderman, communications and customer service manager for Front Street Animal Shelter, said.

"It's been similar in other places," Hinderman said. "We've even had people come in from the Bay Area to adopt because there was nothing available there."

Supply for pets from shelters may be low, but demand is high, and that's good for the animals.

"I think that particularly for dogs that number was extremely surprising to us and definitely not something we were expecting," Hinderman said.

Hinderman said the low intake has actually helped the shelter stay afloat during the many transitions it has had to make amid the coronavirus pandemic. With people at home and wanting companionship during this time, Hinderman hypothesizes that this has largely contributed to the change in intake. He said that the low numbers correlate almost perfectly with stay-at-home orders back in March 2020.

"To me, it seems like one possibility could be that people are telecommuting, they are working from home, they are keeping their pets inside more with them," Hinderman said.

Front Street, like other local animal shelters, has also had to change tactics when it comes to adoptions. Animals are put in foster care rather than in the kennel, where dogs especially can be prone to kennel cough or abnormal behavior due to stress and anxiety. While in foster care, however, the dogs are placed in a loving home and can be more relaxed.

"The great thing about that is that when people, even though they can't look at the animals in the shelter, what they can do is contact that foster parent and learn so much more about that animal than they could before," Hinderman said.

About 40% of people who have fostered animals ended up adopting them, and if it does not work out, Hinderman said that the animals still benefit from a break from the shelter. As such, the shelter has also seen a dramatic decrease in illness due to this decongestion.

The pandemic may have put some strain on Front Street in terms of what they could and couldn't do in terms of adoption, but Hinderman said the shelter is doing well. It had one of its best years for funding in between Big Day of Giving and Giving Tuesday in 2020, and the shelter won a $50,000 grant from the Petco Foundation's Holiday Wishes Grant Campaign after a Sacramento podcaster shared her cat adoption story.

It's opened up a new world of possibilities for the local shelter. Staff are able to give more individualized attention to animals with medical issues or severe behavioral problems that require more resources. Front Street has also conducted a few free vaccine and microchip clinics for dogs and cats throughout communities most in need.

"We're just as busy, if not busier than before," Hinderman said. "Sometimes people look at that, at our reduced intake, and say, oh, there must be half the work to do. But with sending animals to foster care, getting them adopted virtually, getting that individualized attention to other pets, we're definitely busier than ever, but we're seeing the benefits for the animals, for sure."

WATCH MORE: Teachers across Sacramento County excited to get the COVID-19 vaccine