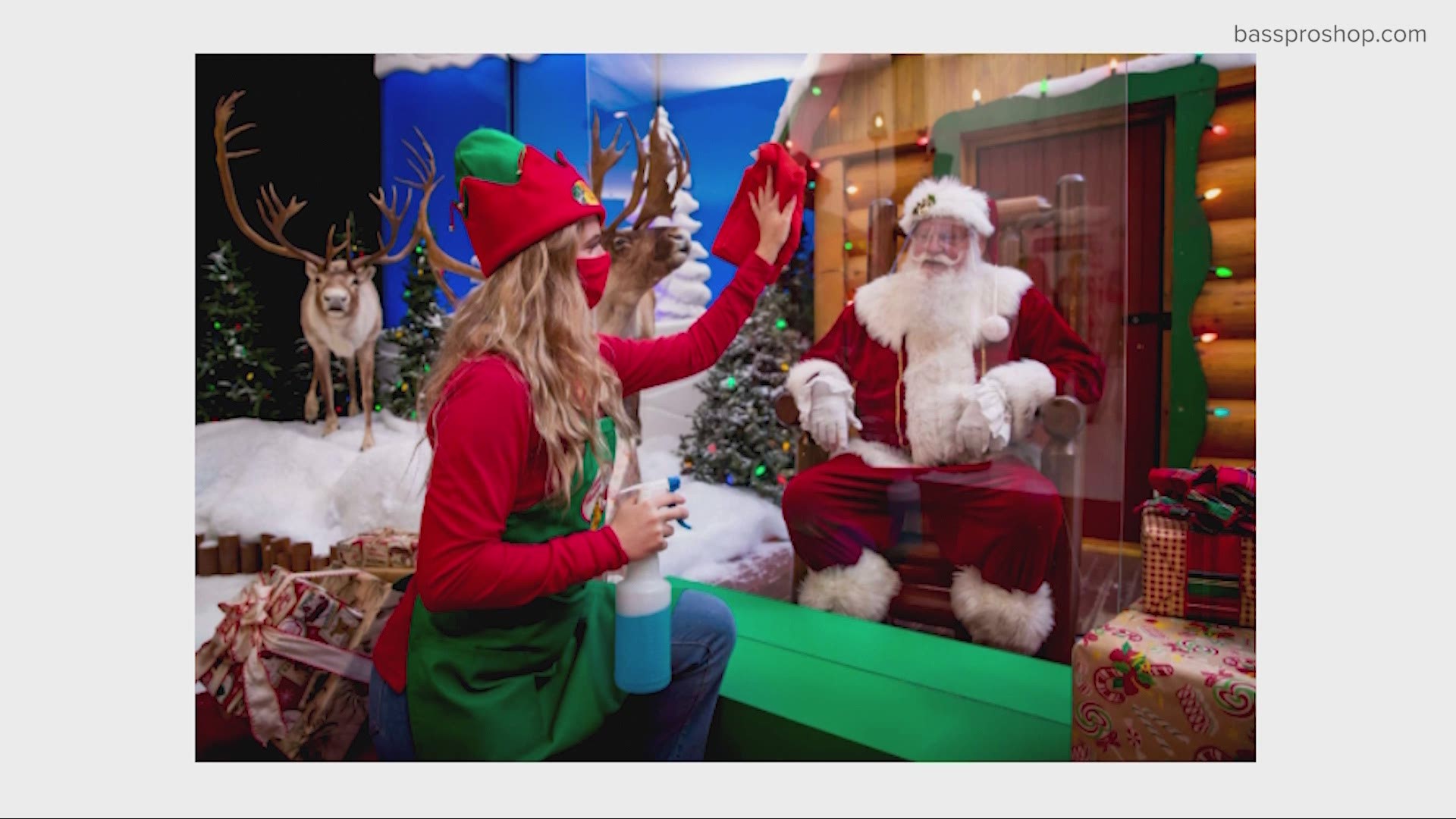 SACRAMENTO, Calif. — In an era where getting a family Christmas photo seems impossible, the owners of Giggle and Riot Funhouse are putting something special together.

Leading up to Christmas and into January, Josh Daniels and Caroline Winata of Giggle and Riot Funhouse are hosting a selfie pop-up event where people can take their own Christmas photos (or just photos for fun). The event is also benefiting an area non-profit organization: Joshua's House.

"I thought, people have been really wanting pictures more so than ever as a way to connect with their family and create memories, and also really realizing how important family is this year through the pandemic," Winata said. "So we thought, why not create a space that is COVID friendly and people can just kind of run through, have fun, and just take a bunch of pictures."

The selfie pop-up is benefitting a Sacramento non-profit: Joshua's House. The warehouse where the event is being hosted is a space that Joshua's House owns and was hoping to turn into a hospice for homeless people (the organization has since found a more affordable space, according to Daniels). Daniels and Wintata said that the organization is tackling issues that are close to their hearts.

Giggle and Riot is just down the street from Loaves and Fishes, so Winata and Daniels say they see homelessness first hand.

One of the reasons they chose to do the Funhouse was to highlight the area, Winata said, with the hope that people would see it as a nice, bright addition to the neighborhood.

"I think a lot of people when they're in this area, don't recognize how amazing it is because they're focused on the homeless people on the streets," Daniels said.

Daniels and Winata are hoping that by bringing in multiple local community organizations and people to celebrate the 2020 holiday season, people will begin to see the historic Sacramento district differently.

Two local artists are going to be featured at the selfie studio event. Sacramento muralist Maren Conrad is contributing an original mural design, and the creator of Tapigami Danny Scheible is designing an art installation.

Conrad, known for her interactive murals around Sacramento such as the Wishing Wall on 19th St. and peacock feathers at DOCO, told ABC10 that the inspiration behind her mural for the selfie pop-up was women's empowerment.

"Because it's the 100th anniversary of the 19th amendment and 2020 will go down for many reasons, but probably also for being one of the most contentious political, presidential elections we've had, which I think will definitely be one of those moments we'll all remember what we were doing in 2020 during November," Conrad said.

Her mural features the Statue of Liberty, taking off her hoop earrings as she prepares for a fight. A silver barrel of "whoop a- double dollar sign" can be used as a photo prop for people to jump into and interact with, Conrad said.

Scheible spoke to ABC10 about his installation for the space, it is the first time he is showcasing in Sacramento in seven years.

"I have known Josh and Caroline for a long time, since before they started Giggle and Riot, and they told me about the installation opportunity to do it," Scheible said in a conversation with ABC10.

Scheible has only been back in Sacramento for a few months after working internationally.

"I thought it was an awesome opportunity to exhibit my work in my hometown and give back to it and showcase something that I made in Sacramento and was inspired by Sacramento," Scheible said.

The event is extensive when it comes to photo set-ups as well. This isn't just a simple photo booth or backdrop, but a collection of fun and interesting spaces in an 11,000 square foot warehouse.

"We have about 16 different setups of vignettes, backdrops, that people can take pictures in or in front of and meant for holidays, but also to have a little bit more fun with your family," Winata said.

Even if you're just looking to take your selfie game up a notch, Giggle and Riot's selfie pop-up is perfect for those who want a new profile picture or curated photos for Instagram.

Giggle & Riot Funhouse is located at 1501 N. C Street in Sacramento. Tickets must be purchased in advance and are $60 per group for 60 minutes for a maximum of 6 people per group. Tickets can be purchased here. Professional photographers who wish to rent the space should inquire about rates.

Editor's note: WEAVE was originally listed as a non-profit benefitting from the pop-up event. The organization is no longer a part of this fundraiser.

South Sacramento is preparing for a 1,000 gift giveaway. Registration for the event is required.