Giving a name to the nameless through art

The Sacramento County Coroner's office has a special division dedicated to finding names for unidentified bodies. 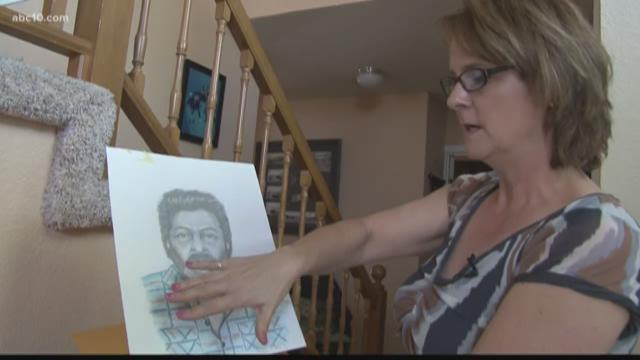 The Sacramento County Coroner’s office has a special division dedicated to finding names for unidentified bodies.

Right now, there are 73 active “John Doe” and “Jane Doe” case files that have gone cold. However, with the help of forensic sketch artists, some of those cases get solved.

"It's kind of a long shot, but right now, there is nothing else they can do in the case," said Barbara Anderson, a forensic sketch artist.

It’s Anderson’s job to put a face to the nameless. You can find most of her work on the Sacramento County Coroner's Unidentified Persons website.

In many cases, all she must work with are a few crime scene photos or bones. If the job requires it, Anderson will even make a clay sculpture of the persons face.

“Sometimes I will put clay on the actual skull,” said Anderson.

If it wasn't for one of Anderson’s sketches, Hector Islas may still be looking for his father, Joaquin Islas-Moreno.

In the summer of 1980, a runner found Moreno dead in a Sacramento almond orchard. At the time, there was no way to identify the body. Hector was just five years old when his father left their home in Arizona.

"After my mother and father divorced, I think he took it hard and started drinking more and I guess became a migrant field worker,” said Hector.

For the better part of his life, Hector searched California police and death records for his father.

"I never thought he would be in Sacramento,” she said. “I looked in Fresno, but not that far north."

In 2007, Anderson was asked to make a sketch of Hector’s father from the old crime scene photos.

"The report said he had a full head of black curly hair with signs of greying," she continued.

For 10 years, Anderson's sketch made its way to many missing person organizations. Then in 2016, Hector saw it.

"His mustache,” said Hector. “The way it was trimmed is how I recognized it."

A DNA test confirmed that the man in Anderson’s sketch was Hector’s father, a man who went unidentified for more 36 years. It took nine years for her sketch to reaches Hector. But according to Anderson, that’s less than the average timeframe.

There are 73 active “John Doe” and “Jane Doe” case files with the Sacramento County Coroner's Office. But with a lot of patience and a good sketch, the unidentified faces do find names.