Joseph DeAngelo, a 74-year-old former California police officer, could plead guilty to 13 murders and kidnapping charges in a Sacramento County courtroom this month. 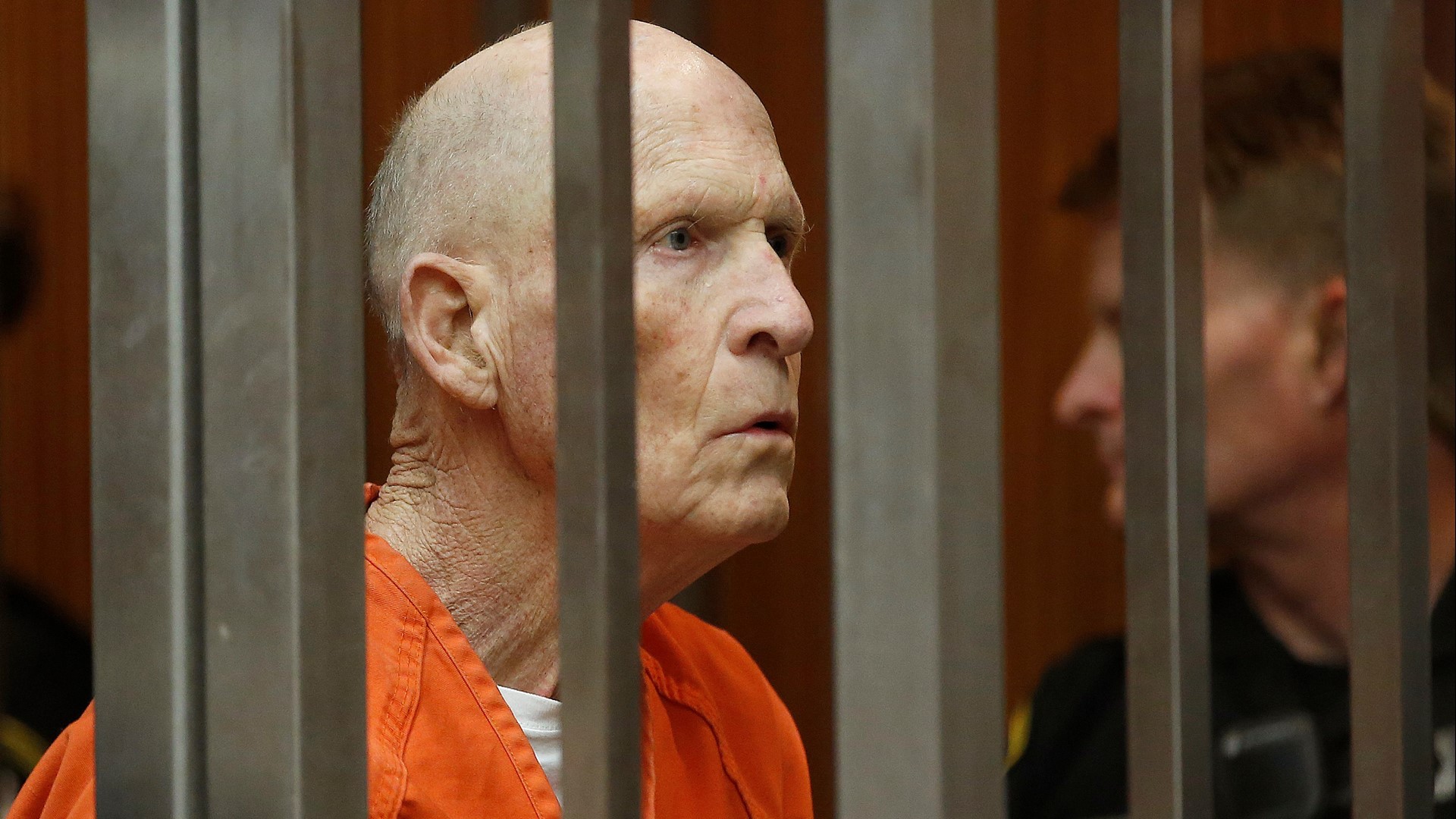 SACRAMENTO, Calif. — Joseph DeAngelo, the man accused of being the Golden State Killer, could avoid the death penalty by taking a new plea deal that would require him to plead guilty, according to multiple reports.

Officials have not released details of the plea deal, but it is expected that DeAngelo could plead guilty on June 29, avoid a death penalty trial and serve a life sentence, according to The Sacramento Bee, which broke the news Monday afternoon. According to the Los Angeles Times, DeAngelo, a 74-year-old former California police officer, would plead guilty to 13 murders and kidnapping charges in a Sacramento County courtroom.

Two sources confirmed The Sacramento Bee's reporting to ABC10. While details of the plea deal have not been independently confirmed by ABC10, sources said negotiations are still happening and DeAngelo is expected to plead guilty at the end of the month.

The office of Sacramento County District Attorney Anne Marie Schubert, which is prosecuting the case against DeAngelo, declined to confirm the details of the plea agreement.

"We have a moral and ethical responsibility to consider any offer from the defense, given the massive scope of the case, the advanced age of many of the victims and witnesses, and our inherent obligations to the victims," Schubert's office said in a news release.

DeAngelo was arrested at his home in 2018 after DNA linked him to crimes attributed to the so-called Golden State Killer, East Area Rapist, Visalia Ransacker and more.

DeAngelo is suspected in at least 12 slayings and 50 rapes across 11 California counties from 1970s and '80s before leaving a cold trail that left investigators baffled for more than three decades.

DeAngelo is expected to be in court on June 29.

"Victims and their loved ones have a right to be heard, and all six District Attorney's Offices involved in the prosecution of People v. DeAngelo are working closely with the victims in this case to ensure their statements are considered by the Court prior to sentencing," Schubert's office said.