California’s pet cremation industry lacks oversight. Southern California woman Hillarie Levy is working to change that, after she became suspicious the remains she received from one cremation company weren’t those of her two dogs. 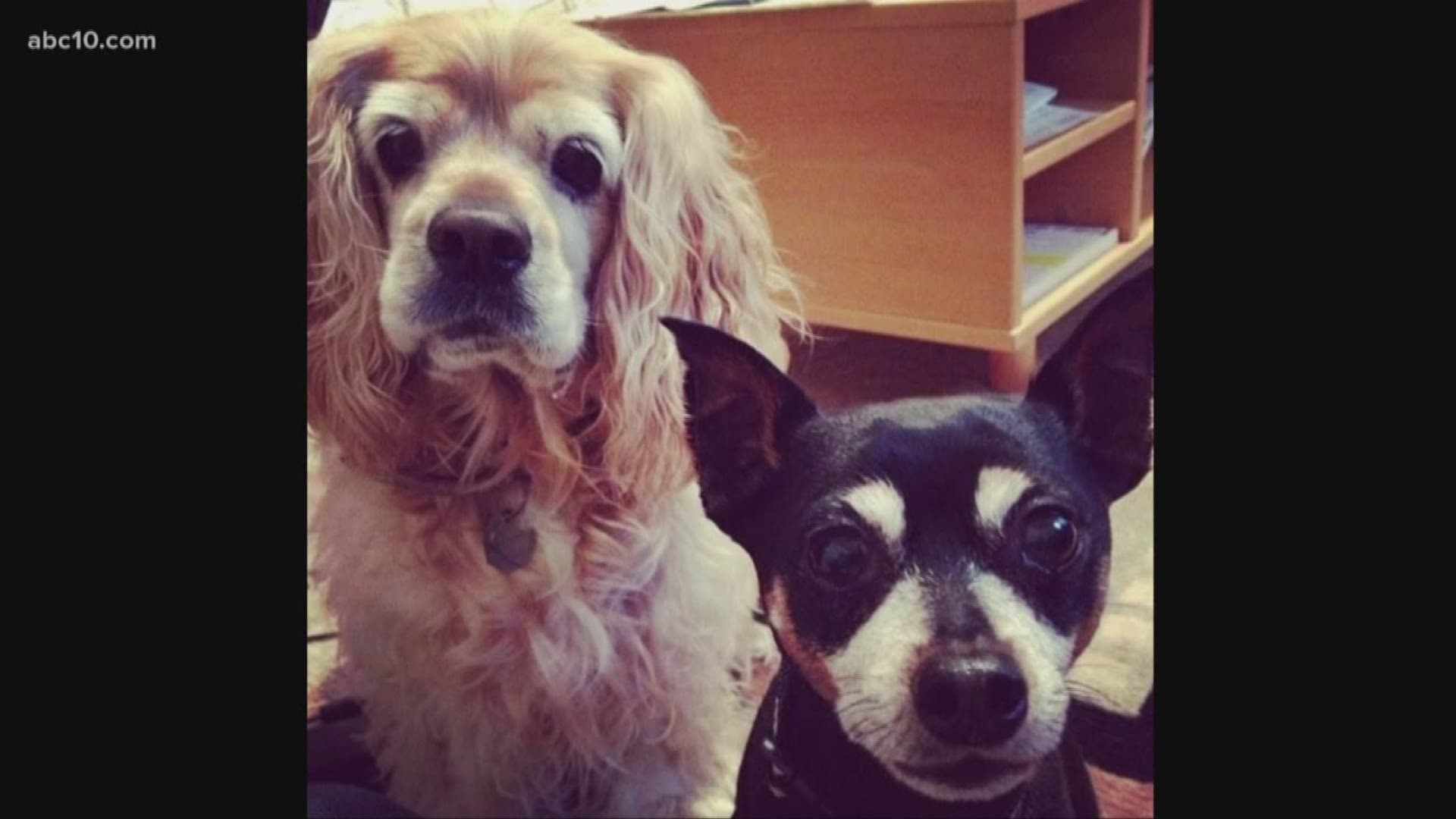 The Southern California animal cremation company in this story is Only Cremations for Pets. The company's attorney replied to ABC10's request for comment, responding to Hillarie Levy's lawsuit and allegations:

"The accusations Mrs. Levy makes against OCFP are false and arise out of misplaced grief due to the loss of her pets and her lack of understanding of the science of the cremation process. The amount of ashes a pet owner receives from a private cremation can vary depending on multiple factors. Because each pet is unique, comparing the weight of ashes between two different pets oversimplifies cremation. OCFP wholeheartedly stands by its private cremation certifications.

"OCFP has been in business for over 25 years because it treats animals and their owners with the utmost respect, compassion and decency. When Mrs. Levy called OCFP and spoke with Dr. Katcherian, who confirmed private cremations were performed, she was very emotional and spoke of her dog who once belonged to a daughter who passed away years earlier. Feeling total compassion for Mrs. Levy’s past losses, OCFP tried to do something to make her feel better.

"Little did my client know that Mrs. Levy has filed several lawsuits in the past and is litigious, and one of the attorneys representing her in the lawsuit against my client is her daughter, Lauren Burton. Mrs. Levy also has a history of using the media to lash out when she feels 'wronged.' Mrs. Levy filed her lawsuit against my client’s small business to harass my client, which is a blatant abuse of the judicial system. Her lawsuit is not supported by the law or the facts, and OCFP will vigorously defend and defeat her baseless lawsuit.

"...OCFP has an open door policy and invites pet owners to call them or make an appointment to tour their facilities if they ever have questions."

The story below details Levy's allegations. The original story has been amended to add the company's name, which ABC10 omitted until Only Cremations for Pets had a chance to respond to Levy's claims.

Hillarie Levy doesn’t want what happened to her family to happen to anyone else.

Her claim is simultaneously a consumer complaint that could impact pet owners all across the state and a heartbreaking case with no remedy.

Levy's 10-year-old dog Winnie died of congestive heart failure in Sept. 2016. Through her veterinarian's office, Levy paid an animal cremation company called Only Cremations for Pets to have the dog individually cremated — a service in which the animal is cremated alone. Those ashes are then returned to the owner.

Less than a year later, Levy’s second dog, 15-year-old Wesley, also died. Just as she did with the first dog, Levy chose to have Wesley individually cremated - also by Only Cremations for Pets.

When Levy received the second dog’s remains, however, she knew something was wrong.

"I immediately told the woman at the desk that that was not Wesley’s ashes. They insisted it was," Levy said. "So I went home and got Winnie’s ashes, and they were much lighter than Wesley’s.”

Neither dog suffered from any kind of condition that impacted bone density, Levy said, which can alter the weight of an animal’s remains. She claims Only Cremations for Pets didn't offer any satisfactory answers as to why that might be the case.

After seeking the advice of experts and retaining attorneys, Levy is now suing Only Cremations for Pets and working with the California Veterinary Medical Board, part of the California Department of Consumer Affairs, to enact oversight.

“Human cremation wasn’t regulated, and in the late 80s there was a lawsuit similar to this for human creations, and then that’s what charged legislators to make changes,” Levy’s attorney Lauren Burton said. “So hopefully we can do the same here.”

Levy appeared this week before the Veterinary Medical Board (VMB) to share her story and concerns.

A VMB memorandum regarding the discussion said, “Currently in California, the Department of Consumer Affairs, Cemetery and Funeral Bureau (CFB) regulates human cremation services by licensing cremated remains disposers, crematories, and crematory managers. However, there appears to be a lack of oversight related to animal cremations.”

Levy is proposing legislation that would make the VMB responsible for oversight of the animal cremation industry in California – and increase licensing and registration fees for veterinarians and related business in order to cover the costs of the oversight.

“You can’t even go to the Department of Consumer Affairs because there’s no regulation. They can’t help you," Levy said. “Pet cremation is not regulated at all. In fact, all they do is go by the honor system, and that’s not working.”

While any family’s reason for keeping a pet’s remains is personal, Levy’s makes her story especially painful.

“My daughter Robyn passed away from cancer. Wesley was her dog,” Levy said, tearing up. “I’m being buried next to her, and I promised Robyn that I would bury Wesley as close as possible to her, so she would be near him.”

There's no way Levy can change the past and get her dogs' bodies back, but she wants to make sure other families choosing to cremate their pets and keep the ashes can have the guarantees and peace-of-mind that she didn't get.