Entertainment venues were among the first to close and will likely be some of the last to be allowed to reopen. 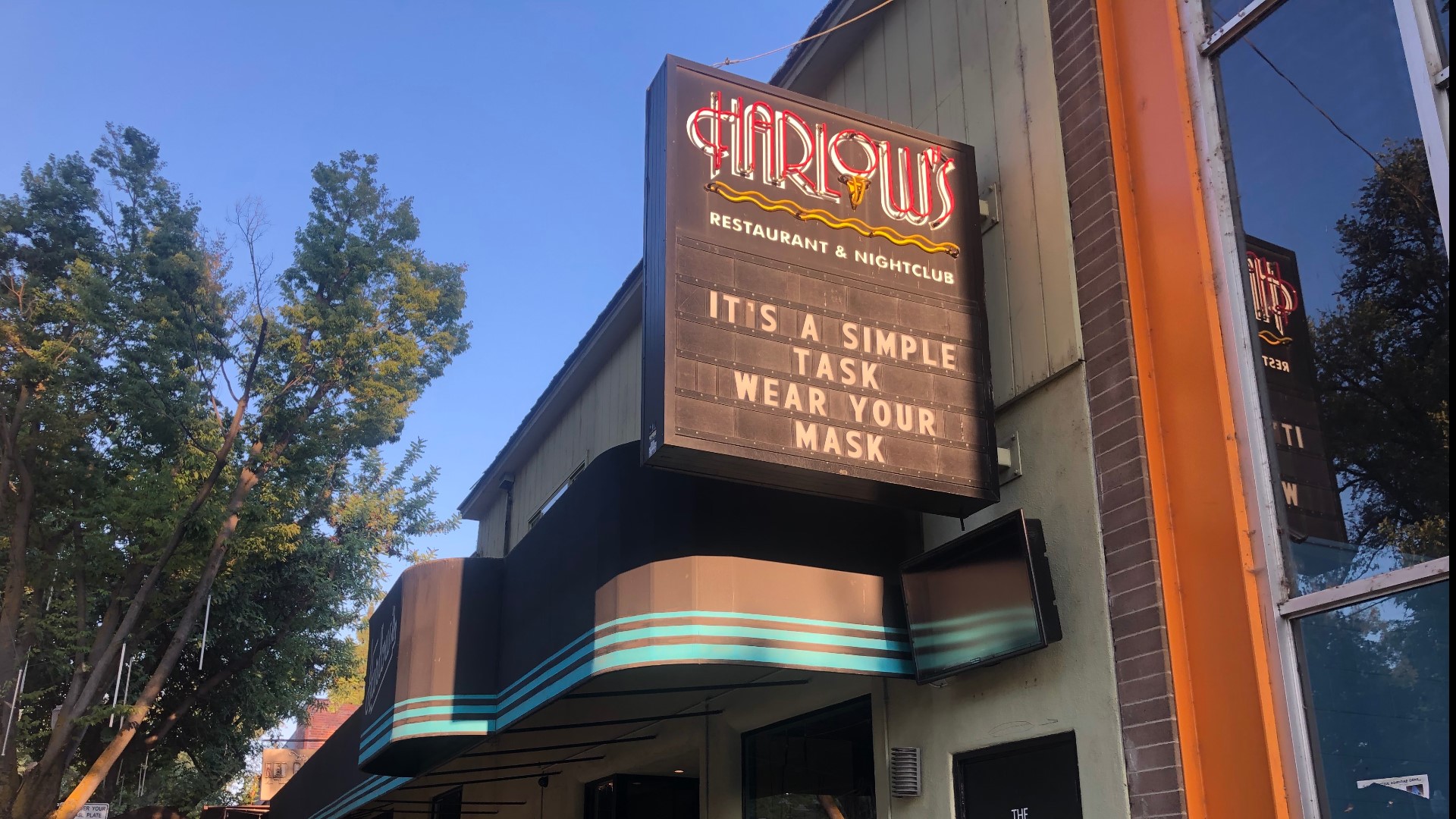 SACRAMENTO, Calif. — As the pandemic continues to wreak havoc on businesses and the economy, the entertainment industry is one that has been hit particularly hard as officials crack down on gatherings — both small and large — to slow the coronavirus spread.

"No one knew the actual gravity of the situation. When it first started, we thought we’d be closed for maybe a month or two," said Daniel Romandia, Marketing Director at Harlow's & the Starlet Room.

Entertainment venues were among the first to close and will likely be some of the last to be allowed to reopen. For a small, independent venue like Harlow's, they had to come up with new ways to bring in revenue in order to survive this.

The music venue started selling merchandise online, which it did not really do until the pandemic. They even started selling growlers of beer from their stockpile of kegs that they would normally sell in-house.

There's also the new program called Harlow's Head Start, where people can buy a package that includes merch and a number of guest passes to shows each month once the venue can start hosting concerts again.

"It was created in response to the coronavirus," Romandia said. "It’s because it made some sense to us that we could get some revenue now and the people that really wanted to support us can get the benefits later."

But the sales of merchandise, beer and the ticket packages won't be enough to survive on alone.

"Our industry is one that a lot of people do not understand, how we make revenue, the work that goes into it and the benefits this industry does have to the economy as a whole," Romandia said.

That's why Harlow's created the California Capitol Venue Coalition. It was modeled after the National Independent Venue Association which has over 2,000 independent venues and promoters from across the country as members. NIVA works to try to get the federal government to create legislation to help independent entertainment venues during the COVID-19 pandemic.

The CCVC will do the same thing, but strictly for Sacramento. And instead of going to the federal government, they will go to the city government. The CCVC is still in the early stages, but Romandia says they hope to get more venues on board.

Harlow's estimates that between their two entertainment rooms, the venue sees around 80,000 people, and with an average ticket price of $15, about $14.4 million will go into the Sacramento economy just from their two rooms.

And that's just for one venue, not including how much other venues across Sacramento bring in per year.

"Our goal is to talk to [Mayor] Darrell Steinberg and everyone else on the city council, local community organizations, letting them know that even though all these venues coming together are competitors, we are coming together because we know that our industry as a whole needs to be saved," explains Romandia. "We’re asking for just enough so we can keep going and when we can open back up, we’ll be able to do what we want to do."

Romandia says that the entertainment industry and entertainment venues are not just a luxury, but they have a positive and important impact on the economy and on the local culture and community.

THE FUTURE OF THE MUSIC INDUSTRY

There likely won't be any concerts anytime soon, at least none like we remember them. But Romandia predicts the concert scene will come back slowly. Drive-in shows have already started and outdoor shows could see a comeback first.

But Romandia thinks people should prepare to not see the bigger named, national artists in the near future and that touring is not going to be prevalent for a while.

That's because no one is going to be touring, so the smaller local artists are going to be showcased in the cities and at the local venues.

"Then you’re going to start seeing regional tours, so instead of the nation-wide tours that have been going on forever and ever now, we’re going to go back to what it used to be," Romandia said. "Where people would tour four or five cities in Northern California for maybe two weeks and then they’ll be done for a little while."

Larger venues will likely not be able to open at full capacity when venues start to open up again, so Romandia predicts artists will go to smaller venues for a few days instead, but it all depends on if the independent venues can survive the COVID-19 shutdowns.

But Romandia and Harlow's are staying positive. He says the community support and the fact that they love what they do are keeping them going.