Three major Sacramento highways will be in the middle of construction starting Friday. 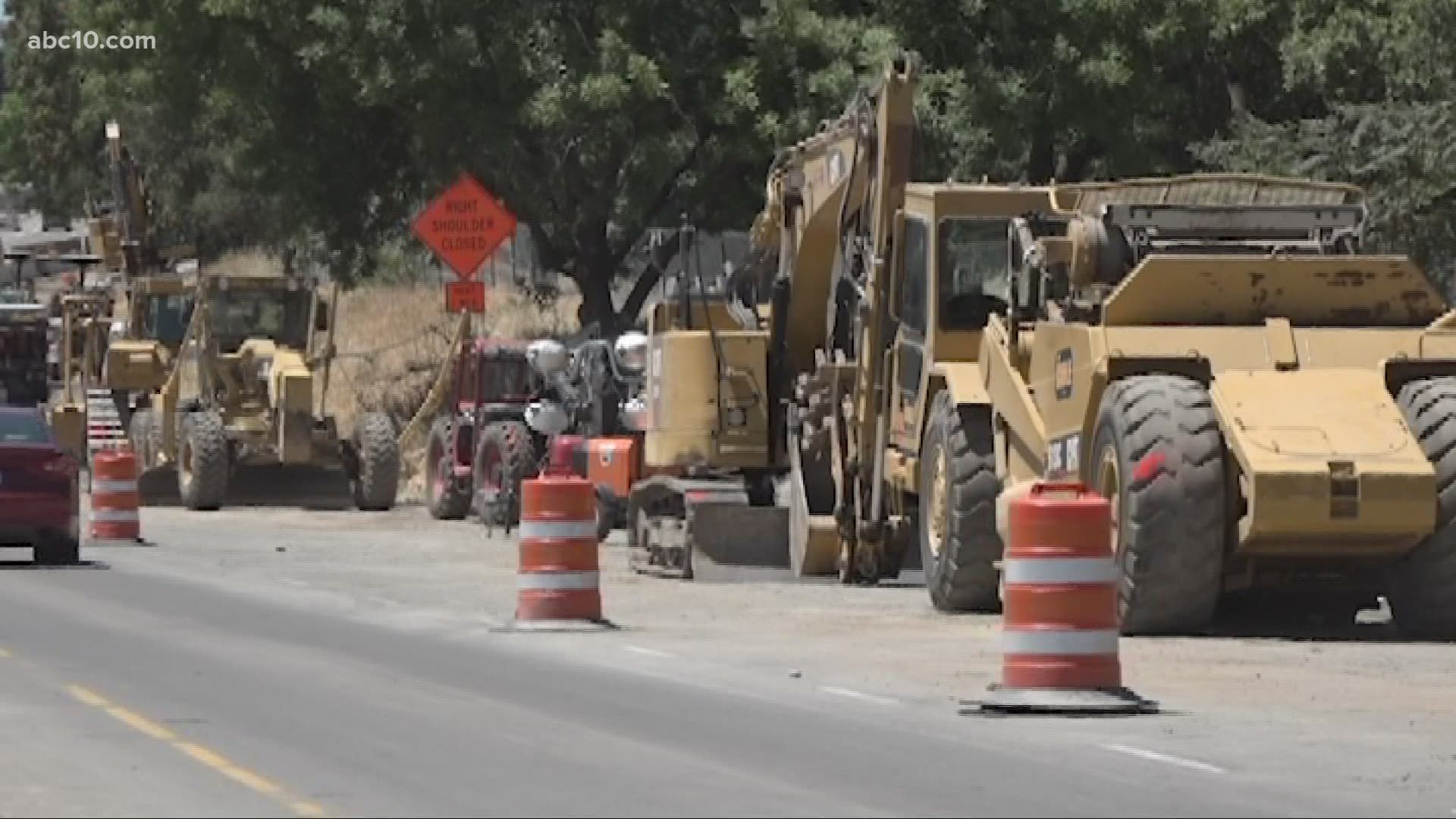 SACRAMENTO COUNTY, Calif. — It’s clear there’s a road construction boom around the perimeter of Sacramento, with long-term projects on both I-5 and 50 and a future shutdown along a 3.5 mile stretch of Highway 99. Caltrans said this is because many roads haven’t been replaced since they were built decades ago.

Yet for drivers like Max McSlavkin of Hollywood Park, the construction means added stress.

“The shoulder, it is a little scary just having the walls right next to you as you driving, and especially quick on I-5, especially when you’re getting off of 50, especially with all the trucks driving back and forth,” he explained.

“We’ve been stuck in traffic for a number of accidents over the last few months that happened there, just all the merging and the closures and the whatnot. So, it’s a lot,” said McSlavkin.

Still, he understands the construction is necessary.

“I think at the same time I’m glad to see so much progress in a way of all these freeways and what not do need so much improvement,” he said.

“You have the I-5 project, Fix Sac 5 and then we also have the Fix 50 enhancement project,” said DaPrato.

These projects are long-term with planned completion years away. In the short term though, all roads will be complicated by the Fix Sac 99 project which will shut down Highway 99 for 3.5 miles in both directions between the night of June 11 and the morning of June 16.

DaPrato explained there are no shoulders along parts of I-5 and 50 near Sacramento because Caltrans didn't want to take away any lanes for the Fix 50 enhancement project.

“What happened is we basically took away the shoulder,” she said.

DaPrato also says one of the main reasons for many projects at once is funding.

“I think we have a lot of money coming down the pipe due to Senate Bill 1 being passed in 2017. And this is an opportunity for us to build California’s infrastructure,” she said.

“We were in the process of getting those designs done, hashing them out,” she said.

DaPrato also said the I-5 project will be suspended while 99 is shut down.