How technology could help in the fight against California wildfires

Firefighters, scientists and the tech world came together at Sacramento State to share strategies for preventing and fighting wildfires 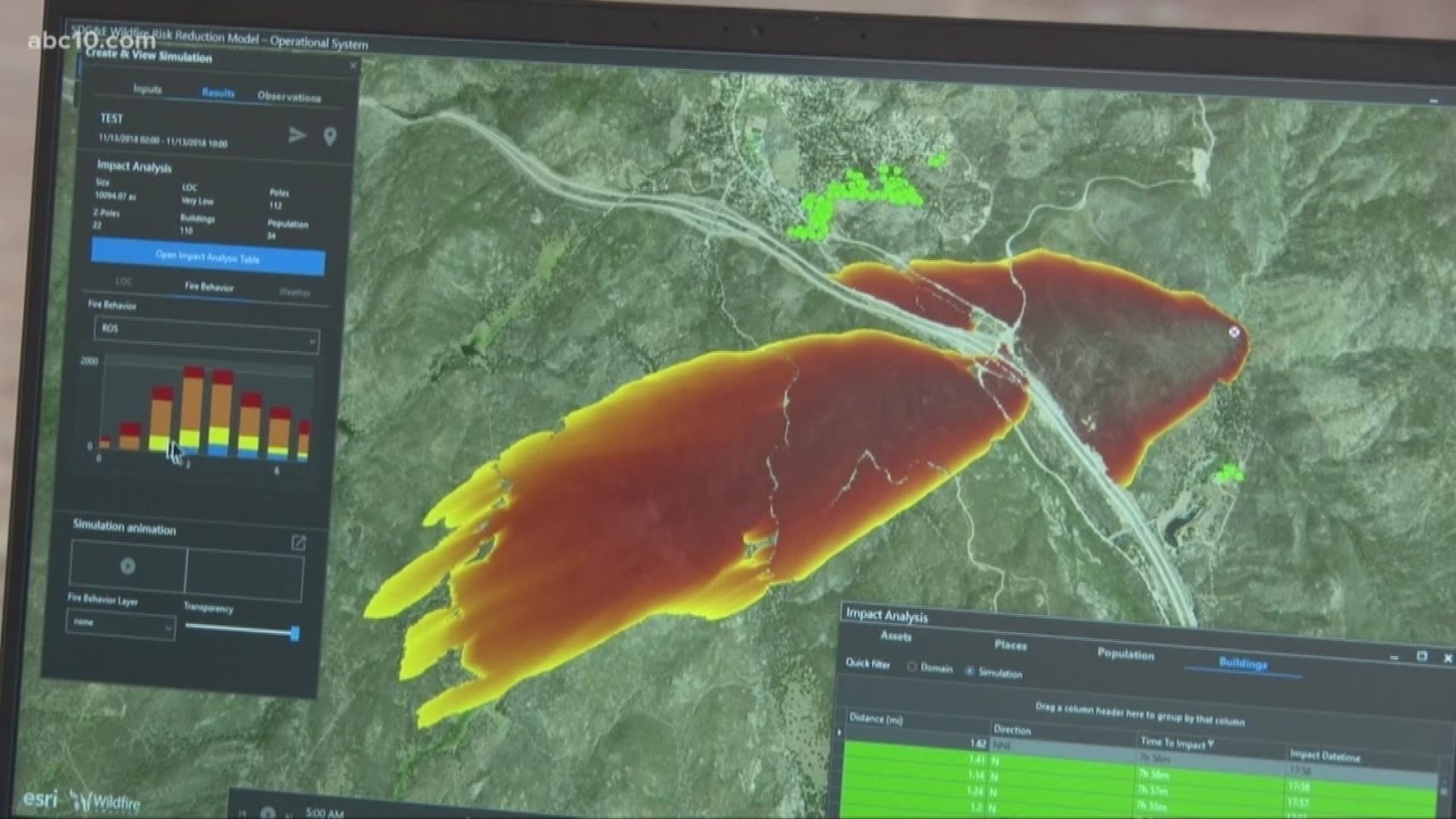 SACRAMENTO, Calif. — The world of firefighting may seem small, but a majority of it met over the past two days at Sacramento State for the 2019 Wildfire Technology Innovation Summit. People from firefighting, science and technology backgrounds discussed how new tech can best be used to stop future fires.

Joaquin Ramirez, president of Tecnosylva, a company that provides software products for wildland fire, was one of the panelists who spoke at the conference. One of the Technosylva's products, called Wildfire Analyst, is used to model fires based on daily weather conditions. It's currently used by SDGE.

Ramirez explained that every day the program does 10 million calculations to assess the risk of fire in the San Diego area. Soon, he says it will be used across the state of California.

The program maps terrain, structures and power lines. It then can predict what would happen hour-by-hour if a fire started in the area. Ramirez detailed how this information is then used by power companies to make daily plans.

Krassimir Piperkov is the co-founder of Enview, a company also working to prevent fires. Their technology is used by various power utility companies. Enview uses lidar technology to map the area around power lines. Lidar uses lasers to get a 3D image of an area. Then Enview uses algorithms to determine which vegetation could become problematic by growing into or falling on power lines.

"The lidar sensor produces a 3D image of the world, " explained Piperkov. "And what Enview does is it automatically classifies what those points are, whether they're vegetation, whether they're ground or electric lines. That historically has been done manually and we automate that process."

When the software determines there could be a potential future problem, the power company is notified and workers can be dispatched to the area.