The soft grassy ground underneath is pockmarked with ground squirrel tunnels. These tunnels have been overtaken by rats. 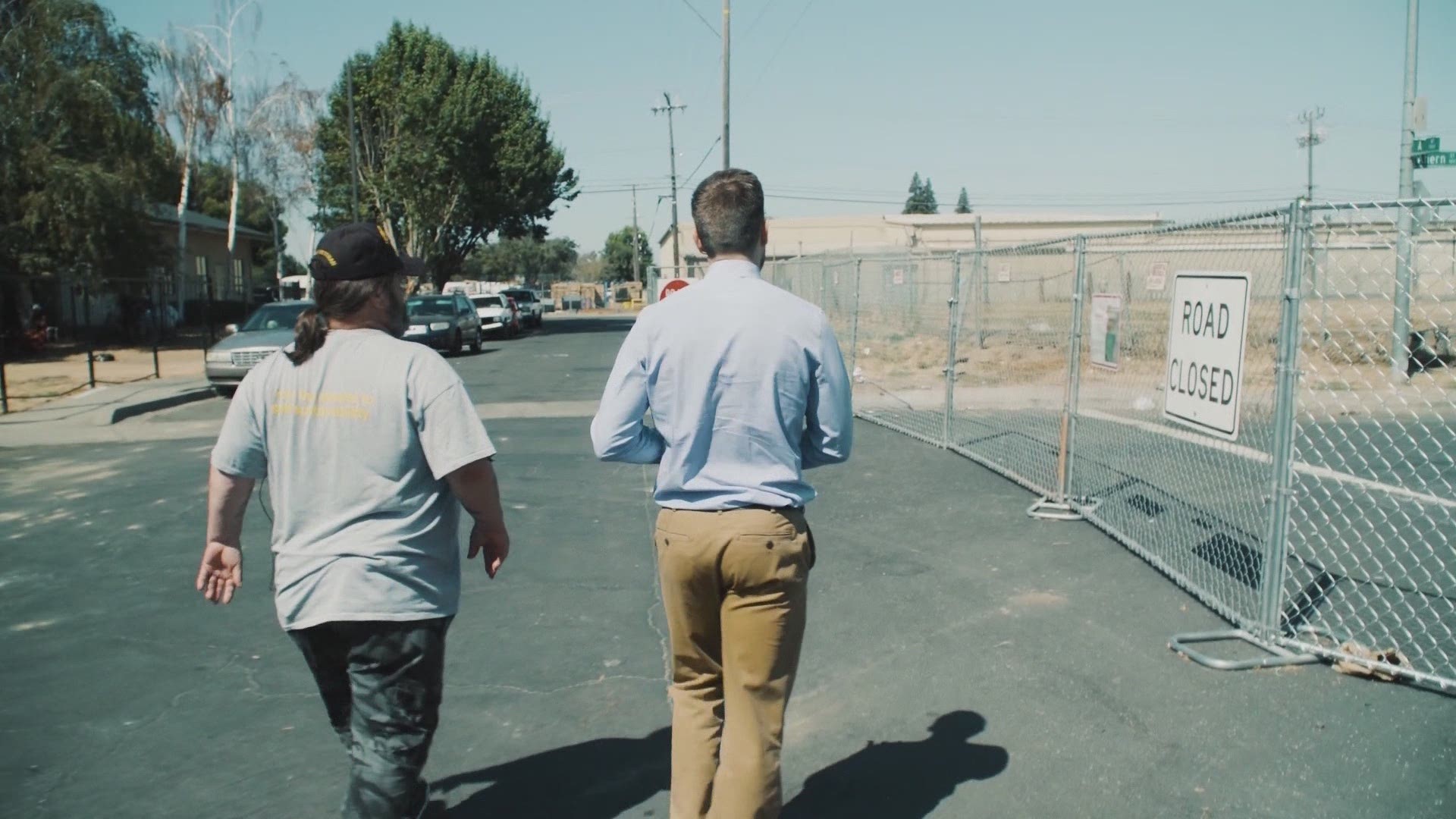 SACRAMENTO, Calif. — People who live near North B Street and Ahern Street in Sacramento's River District have been overwhelmed by a rat infestation they say is most active at night.

The area has now been fenced off and traps have been laid to mitigate the rodent population.

City officials were first made aware of the growing problem by John Chapman, also known as "Pit Bull Dave," who lives nearby.

The plot of land is normally occupied by a local homeless population. The soft grassy ground underneath is pockmarked with ground squirrel tunnels. These tunnels have been overtaken by rats.

Chapman alerted Councilmember Jeff Harris of the growing problem. So, Harris and a photographer went out the night of August 30 to see the problem for themselves.

"I stood on the corner and was pretty shocked," explained Harris. "I'm not talking one or two. I saw more than a hundred in just less than a minute."

Harris also said he saw a mound on the empty lot undulating with a swarm of rats.

Many have assumed the homeless population is the cause of infestation. But John Chapman doesn't agree.

"It's not necessarily the homeless people, it's the people who feed them," said Chapman. "People come out here and they have big feeds out here on the weekends and several days a week and they leave piles of food."

Harris agrees with Chapman's assessment. He explained the practice, known as "street feeding," usually the undertaking of well-intentioned altruistic groups or individuals, is the main problem. Harris said they often leave large amounts of food behind and this becomes the main draw for the rats.

He said the main concern now is over public health.

"Rats are vectors for many diseases," explained Harris. "Looking on the web, you'll see there's at least 11 diseases that they transmit or the fleas that live on them."

Assistant City Manager Chris Conlin said traps were put out on September 10 and will soon be baited. He said the goal is to reduce or eliminate the population. The city will then work to close off the tunnels in which the rats live.

WATCH ALSO: Will Northern California see much rain in September?