After a judge dismissed 'dubious' charges of terror-linked murder against an Iraqi refugee, lawyers say he faces deportation for the same accusations. 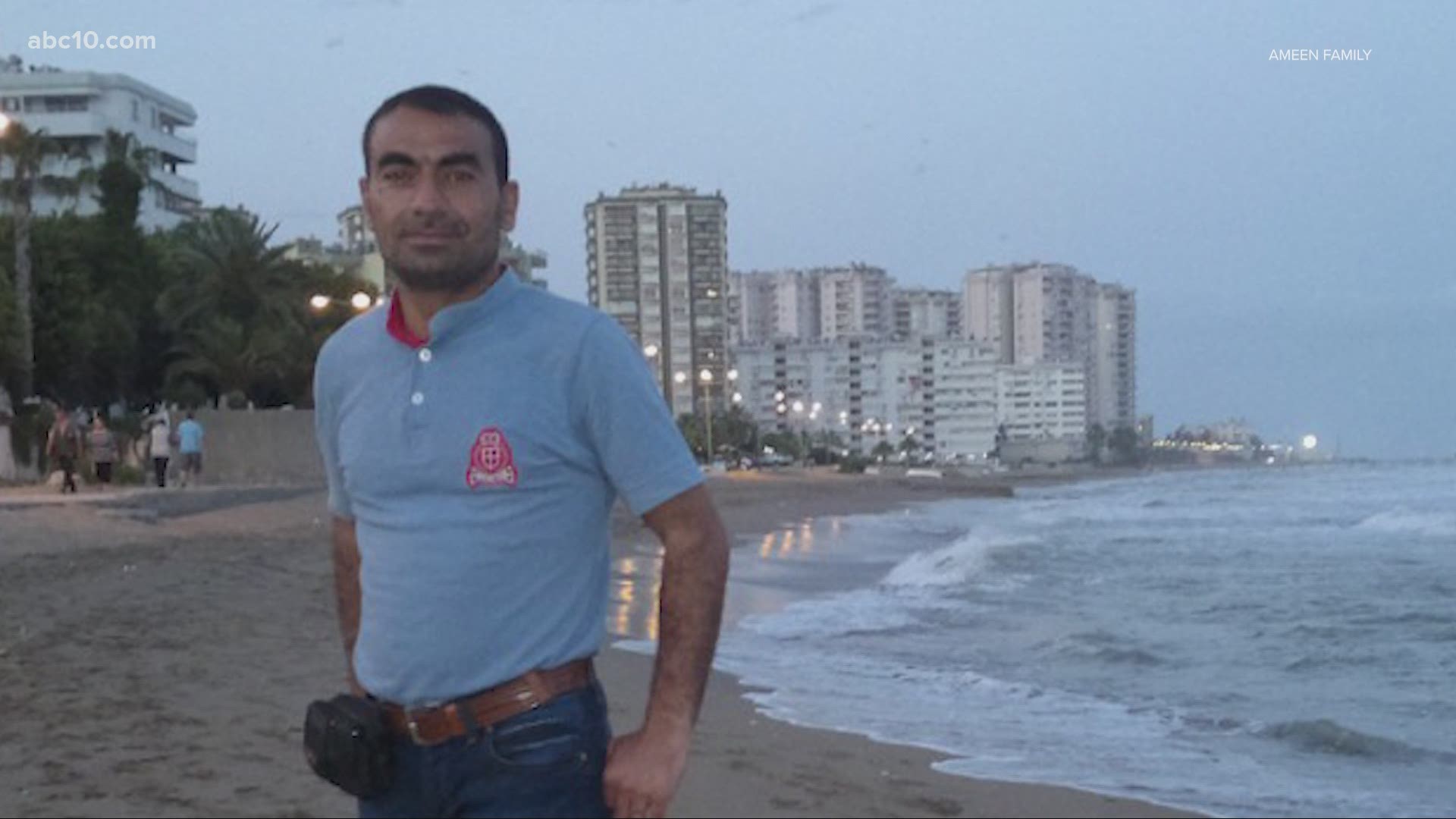 SACRAMENTO, Calif — After spending more than two and a half years in Sacramento County Jail for murder, a federal judge says he couldn’t have committed, Uber driver and Iraqi refugee Omar Ameen was arrested by ICE agents just as he was set to be freed.

Ameen is currently being held at an ICE facility in Bakersfield, according to his lawyers, awaiting an immigration hearing on the same accusations he’d just been cleared of.

In a high-profile 2018 arrest at his apartment in the Sacramento suburb of Arden-Arcade, the Trump administration's justice department accused Ameen of being an ISIS commander.

The DOJ said Ameen was wanted for the 2014 murder of a police officer in his hometown of Rawah, Iraq during an ISIS invasion.

He didn’t do it, according to US magistrate judge Edmund Brennan.

The judge’s review of the charges turned up all kinds of holes in what he described as a “dubious” case by the government.

Ameen and his wife cleared refugee vetting. He wasn’t on any terror watchlists, casting doubt on the claim that he held a leadership role in ISIS. Witnesses against Ameen gave different versions of their stories. One offered to kill Ameen himself.

But the most important problem with the extradition case was that Ameen had a provable alibi.

“Ameen was in Turkey, not Iraq, on the day of the murder,” Judge Brennan wrote in his ruling.

Ameen had applied for refugee status in Turkey and was not allowed to choose what country he went to.

Before being admitted to the US, Ameen was required to sign in every week to an immigration office in Turkey, which is separated from Iraq by war-torn Syria.

Ameen’s US public defenders obtained the Turkish sign-in logs from the month of the murder, showing Ameen didn’t miss his weekly appointments.

More importantly: after two years of trying, they finally obtained Ameen’s Turkish cell phone records showing he was using his phone 600 miles away from the murder on the day that it happened.

Brennan ruled that the government’s case “does not establish probable cause” and ordered Ameen freed from jail.

But the extradition case wasn’t the only legal proceeding against Ameen. A separate immigration case, based on the same accusations, was also filed against him in 2018 when he was arrested.

Ameen’s attorneys say that’s the case ICE agents used to arrest Ameen when he was released from county jail. They’re calling on ICE to drop the immigration case and set Ameen free.

“There’s still time to fix this. We don’t have to make bad mistake after bad mistake. That is not what this country is about,” said federal public defender Rachelle Barbour. “We need to move forward. And we need to not destroy people.”

Barbour hopes that Ameen and his youngest daughter, who was born in the United States, will not be strangers to one another after the years he’s already spent in jail.

In an email, ICE spokesperson Gabriel Archer confirmed that Ameen was in the agency's custody, but declined to provide any further details.

The prosecutors who tried to extradite Ameen have declined requests to be interviewed but hinted in court that they might press less serious charges if they lost.