'If we have the evidence, we're going to prosecute you' | California leaders prepare for possible violent protests 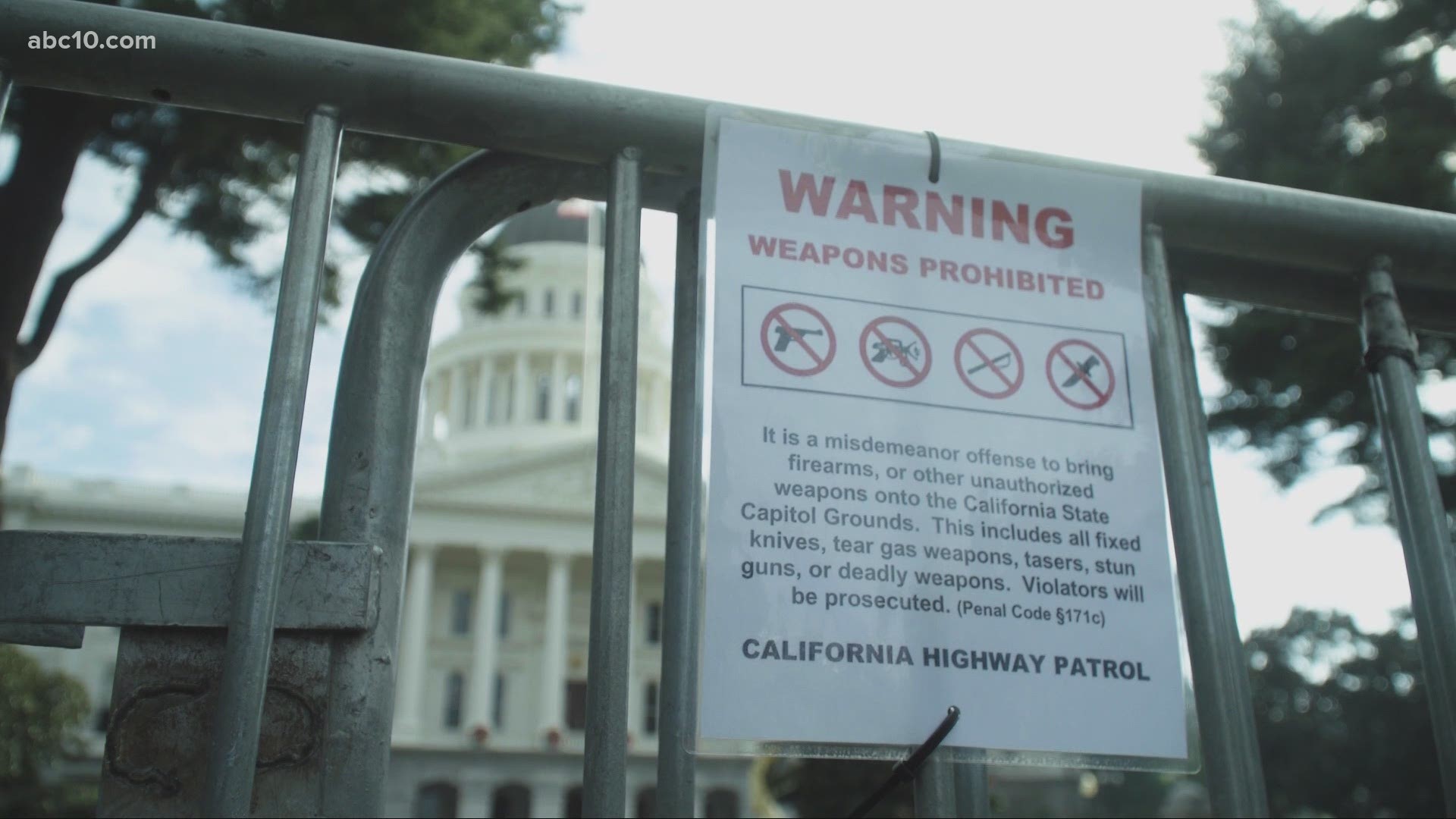 SACRAMENTO, Calif. — With days ticking down to Inauguration Day, concern is growing around potential armed protests at state capitols throughout the United States.

"I think it should be very clear that we don’t want armed protesters here. We don’t want violence. We don’t want riots and, quite frankly, as I’ve said before, Trump lost and we need to move this country forward in a unified effort," Sacramento County District Attorney Anne-Marie Schubert said.

California leaders and law enforcement are preparing for these possible protests after an FBI bulletin, obtained by ABC News, warned law enforcement of them beginning Jan. 16 and lasting through Jan. 20.

Sacramento police told ABC10 they're transitioning to "all hands on deck." They said hundreds of officers are preparing to make sure "the capital city remains safe." All officers have been reassigned to 12 hour shifts, according to the Sacramento Police Department.

As for whether or not California's State Capitol will see a mass and possibly violent protest, Assemblymember Jim Cooper (D-Elk Grove) is unsure but knows law enforcement is ready.

On Wednesday, Gov. Newsom, the California State Senate and Assembly released a statement saying, "The Assembly, Senate, and Governor are working together in close cooperation to ensure the safety of everyone who works in or visits the Capitol. While we cannot address specific security steps, we are in constant communication with the CHP, Senate and Assembly Sergeants, and local law enforcement to keep the people’s house safe.”

In a Facebook post Wednesday, Mayor Darrell Steinberg said people should steer clear of the State Capitol and surrounding areas due to potential security issues.

"The City is also coordinating with our local allied law enforcement agencies, which would include the California Highway Patrol and Sacramento County Sheriff’s Office, in our response to any future demonstrations," Steinberg said. "At this point, for security reasons, we will not be disclosing any specifics regarding plans, tactics, or intelligence gathered for any demonstrations that may occur in the future."

But Cooper, who has a lengthy background in law enforcement, is sure the violent uprising that happened at the United States Capitol during the electoral college count will not happen at the California Capitol.

"I think there's a heightened sense of awareness just because of what happened in D.C. You want to be prepared and not get caught with your pants down, so to speak," Cooper said. "I think they were caught unprepared and there was a lack of leadership. Here is totally different. [Law enforcement] is prepared for anything that happens here."

Cooper also said there's assurance in the fact that while the California Highway Patrol Capitol Protection Division is tasked with the duty of protecting the capitol, the Sacramento Police Department, Sacramento County Sheriff's Office and more law enforcement agencies are on-call and willing to step in if extra assistance is needed - and that multiple agencies are working together to be prepared.

But if protesters do bring weapons or get violent, District Attorney Schubert said there will be consequences.

"We're going to be very aggressive about it," Schubert said. "If we have the evidence, we're going to prosecute you."

And while California is a concealed carry weapons state, penal codes make it illegal for anyone to bring weapons onto California Capitol grounds without permission from the Sergeant-in-Arms, which Schubert notes is unlikely to get for protests like this potential one.

"[And if] you bring a loaded firearm, it's a felony," Schubert said.

But these types of ongoing protests have already caused pain to local businesses like Good Bottle, located steps away from the Capitol. The area has seen protests most weekends since the election, but not violent ones.

That's why he's decided to close his doors this weekend as well as board the windows in an abundance of precaution.

From July 2020 to date, the Sacramento Police Department said the Unmanned Aerial Systems (UAS) Unit has been deployed more than 100 times.