Many public comments during the meeting were from leaders of non-profits concerned about the proposal encroaching on Safe and Sane firework fundraisers. 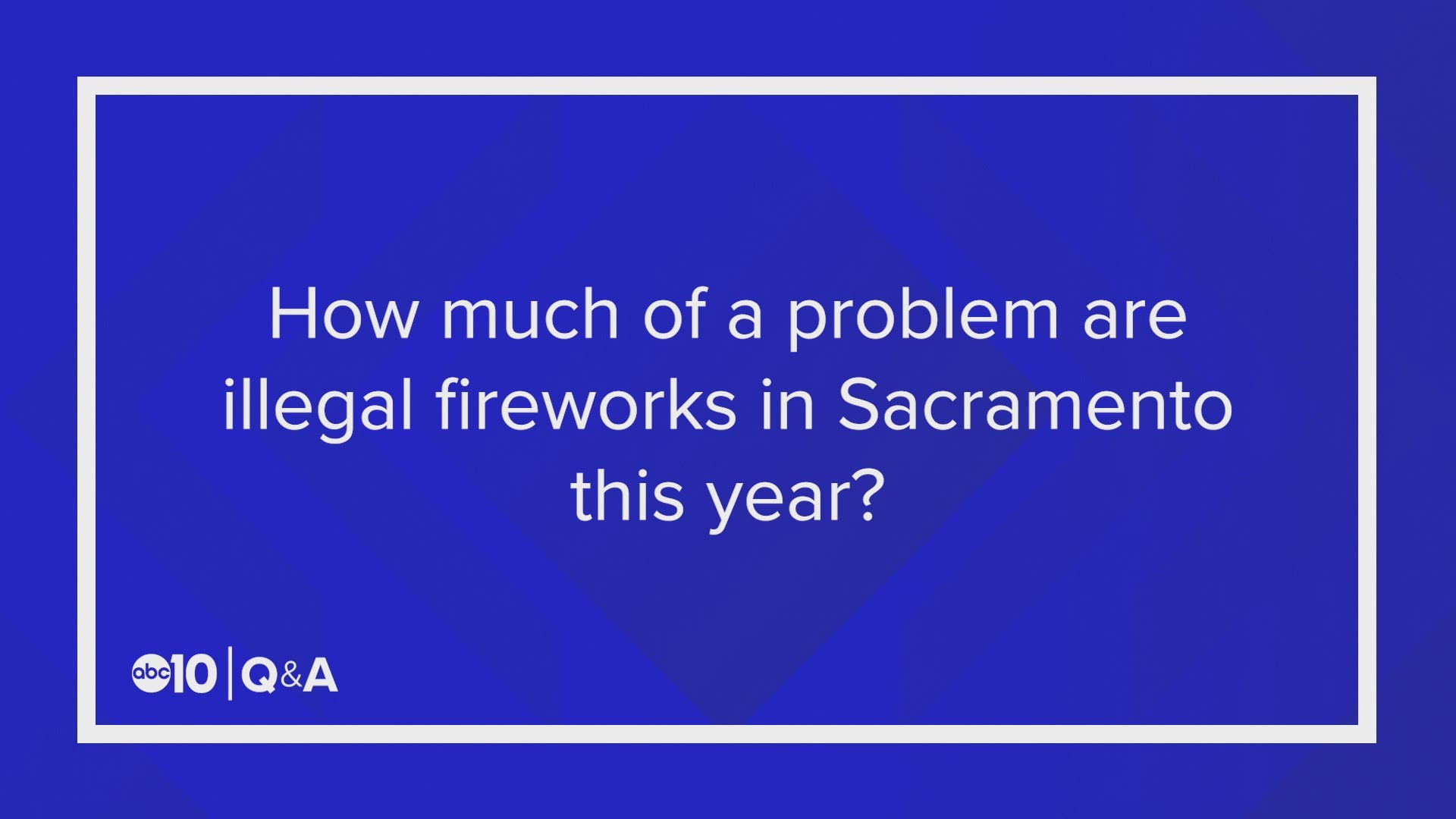 SACRAMENTO, Calif. — A discussion on extinguishing illegal fireworks once and for all in the city of Sacramento caused some sparks to fly during a meeting of Sacramento City Council members on Tuesday.

Sacramento Fire Marshal Jason Lee presented a mitigation plan to the Law and Legislation Committee focused on curbing the sale and use of illegal fireworks. The proposal focused on educational outreach, fines on violations, and an increased budget for the Illegal Fireworks Mitigation Task Force (IFMT), created in 2017.

Lee's plan does not ban Safe and Sane fireworks, but does propose limiting the days when people can set off those fireworks to just July 3 and 4. Public comments on the issue ignited a discussion on some of the unintended consequences for community organizations.

During the committee meeting, many public comments were from leaders of non-profits concerned about the proposal encroaching on Safe and Sane firework fundraisers.

"We do a booth every year for TNT, and without it we would not have survived this past year," said director of non-profit Let's Get Moovin Ed Garcia during the public comments.

Garcia said it was "a breath of fresh air" to be able to go out and raise money for youth sports through the fireworks sales. Should restrictions be imposed, the reliance on a single moneymaking fundraiser would backfire.

The proposal comes as the sale and use of illegal fireworks in all of California rocketed upwards in 2020 due to the coronavirus pandemic. With many local fireworks shows canceled for the Fourth of July due to concerns about gathering, residents may have noticed some pyrotechnics set off earlier than ever before.

The ordinance would have many facets, including holding property owners responsible and implementing fines starting at $1,000 to $2,500 for initial violations. IFMT not only hopes to keep the streets quieter around the Fourth of July, but also hopes to prevent fires.

According to the National Fire Protection Association (NFPA), more than twice as many fires are reported on the Fourth of July than on any other day of the year in the U.S. Nearly 90% of emergency room fireworks injuries involve legal fireworks.

Lee said that a lot of the time, it's also not just fireworks. One illegal activity will lead to another.

"What we've noticed in the past few years when we've done these operations…a couple of years ago in fact, we had one where not only did we seize fireworks, but we seized assault rifles and drugs accompanied with those fireworks too," Lee said.

Though the proposal mostly focuses on the illegal side of things, the concern was still there for restricting Safe and Sane fireworks in the area.

District 5 Councilmember Jay Schenirer said during the meeting that he believed any proposal focused on Safe and Sane fireworks was like trying to find a solution to a problem that does not exist. He said that he does not believe that legal fireworks are the problem, but that if later discussions bring in restrictions on legal fireworks, the city council would have to find a way to help community organizations that could potentially lose funding.

However, District 6 Councilmember Eric Guerra, who asked Fire Marshal Lee to work with the City Manager's office to come up with the mitigation plan, said that there needed to be enforcement on illegal fireworks

Now that the Law and Legislation Committee has discussed the ordinance, the proposal may go through some revisions and will then be turned over to the full city council for a vote.

Fire Marshal Lee said that regardless of what happens with the ordinance, part of IFMT's outreach for the 2021 Fourth of July season will look different from previous years.

"We're gonna be utilizing online smartphone applications for reporting illegal fireworks, along with our general telephone number for reporting fireworks, which is our 911, non-emergency phone number," Lee said. "So, those are what we're really going to be doing as far as outreach in our community so that people know exactly how to report those." 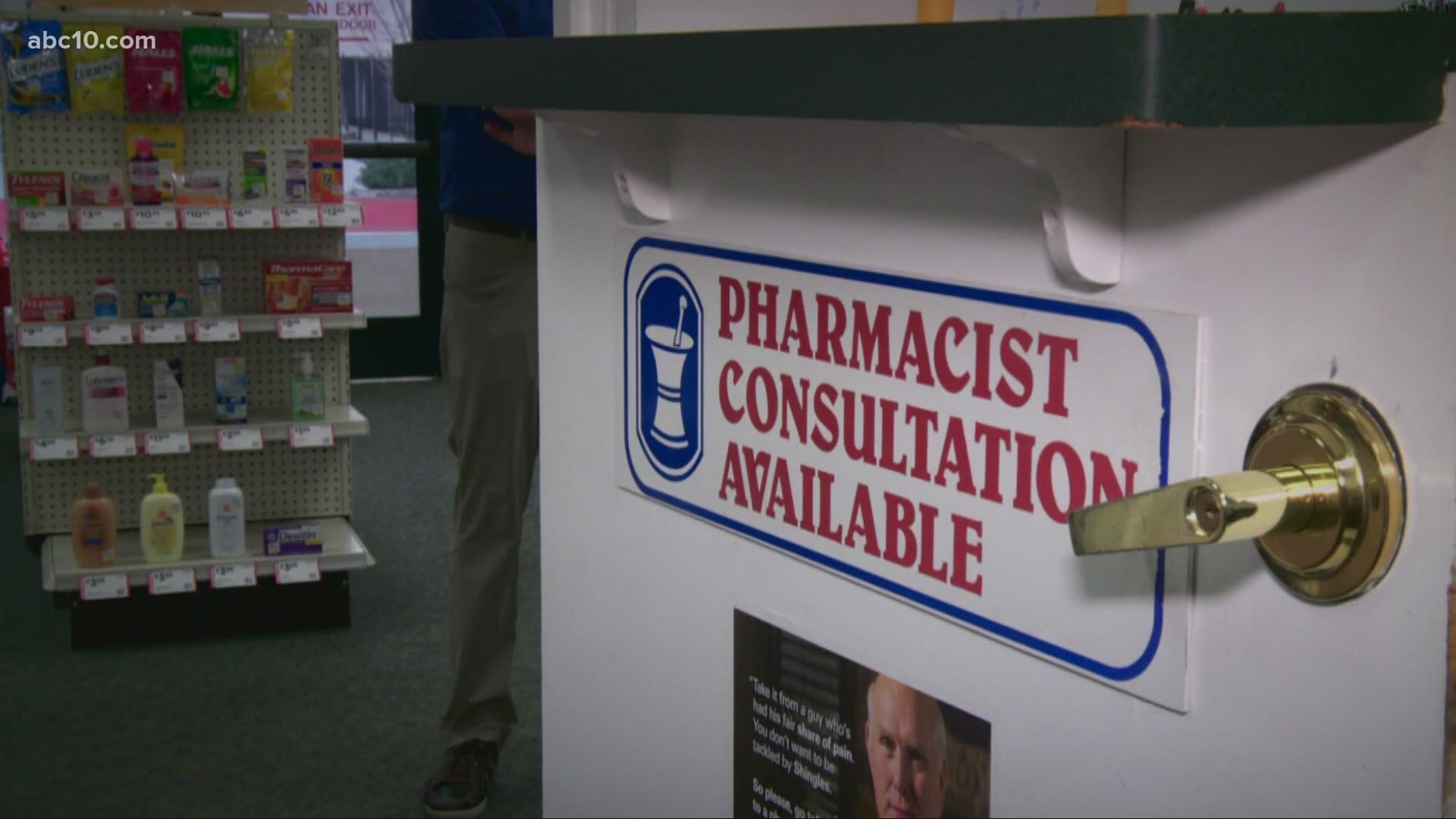