'I’m not sure where she came from': Expert breaks down video of sheriff SUV hitting protester 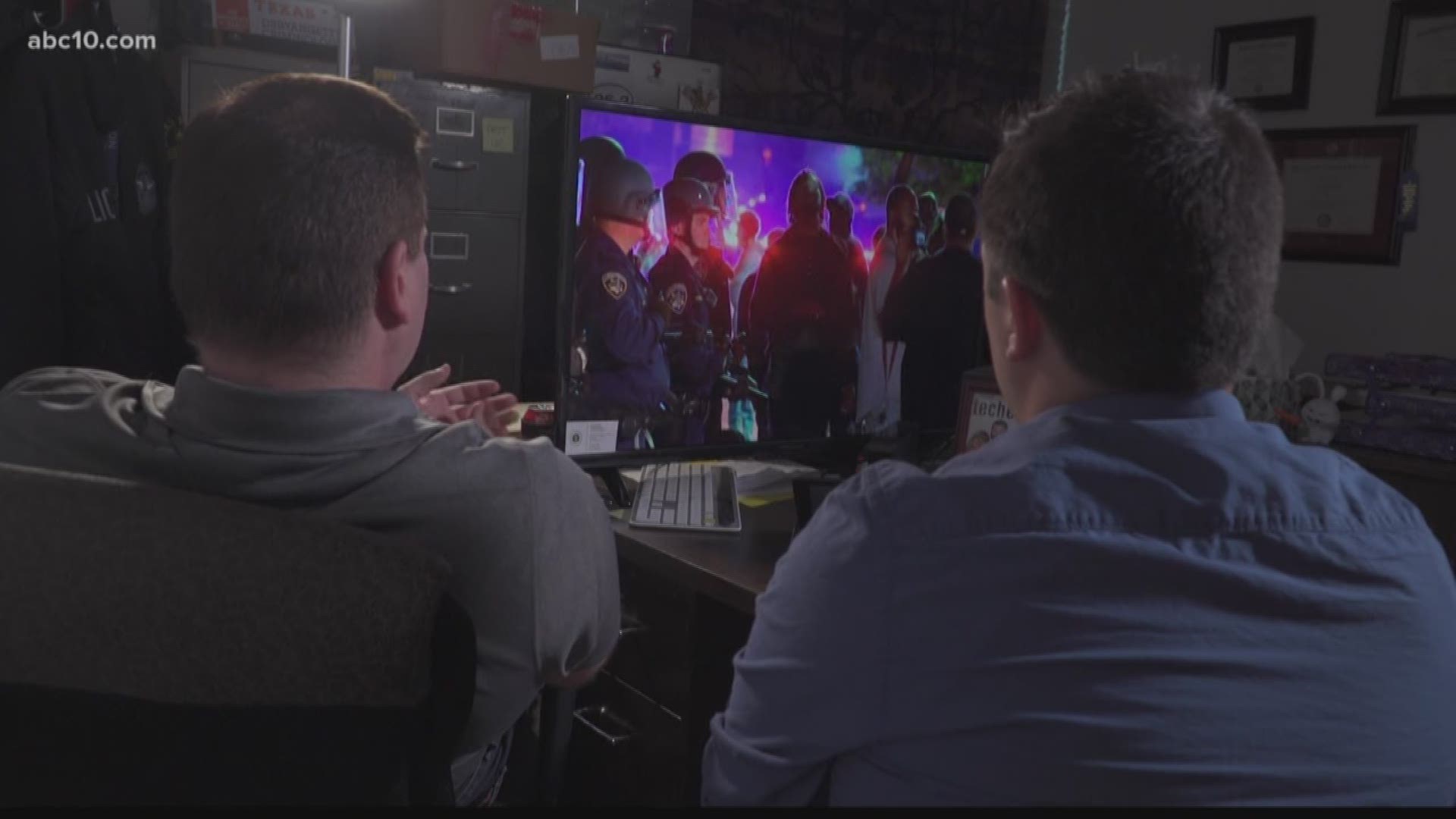 Ryan Getty is a professor of Criminal Justice at Sacramento State who spent more than 25 years as a law enforcement officer.

Getty took a look at video captured by TEGNA photojournalist Carlos Chavez of a protester who was struck by a Sacramento County Sheriff's SUV Saturday night while marching in the streets of South Sacramento.

“I’m not sure where she came from," Getty said. "Even going frame by frame. It appears she came out of nowhere.”

In the less than one minute encounter, two Sacramento County Sheriff’s Deputies attempt to pass demonstrators marching in the streets. As protestors approach the vehicle, deputies use their sirens and ask protestors to back away.

For a split second Cleveland is out of frame as our photographer follows the lead car. The camera then pans to the second deputy's vehicle, and that's when Cleveland is struck.

The deputy continued to drive as others surround Cleveland to help.

Getty explained that if the deputy stopped, it "would have created more of a problem than not stopping."

Getty says even emergency vehicles must stop after a collision. But the law allows the driver to do so only when safe and the driver would have to know there was a collision to begin with.

“I don’t know that officer saw or even had time to react to anyone immediately coming in front of the vehicle,” Getty said.

The video shows protestors surrounding, yelling at, and hitting the patrol cars. The Sacramento County Sheriff’s Department reports demonstrators also broke a window out. ABC10 News requested photos of the damaged patrol SUV, and were told they may be released Monday.

The likelihood of any criminal charges against the deputy in this situation are slim to none, Getty said. However, a civil suit could follow.

The California Highway Patrol has taken over the investigation.