Independent pathologist hired by Clark family stands by own autopsy

Dr. Bennet Omalu, the pathologist who performed the independent autopsy of Stephon Clark for Clark's family, stands by his report. 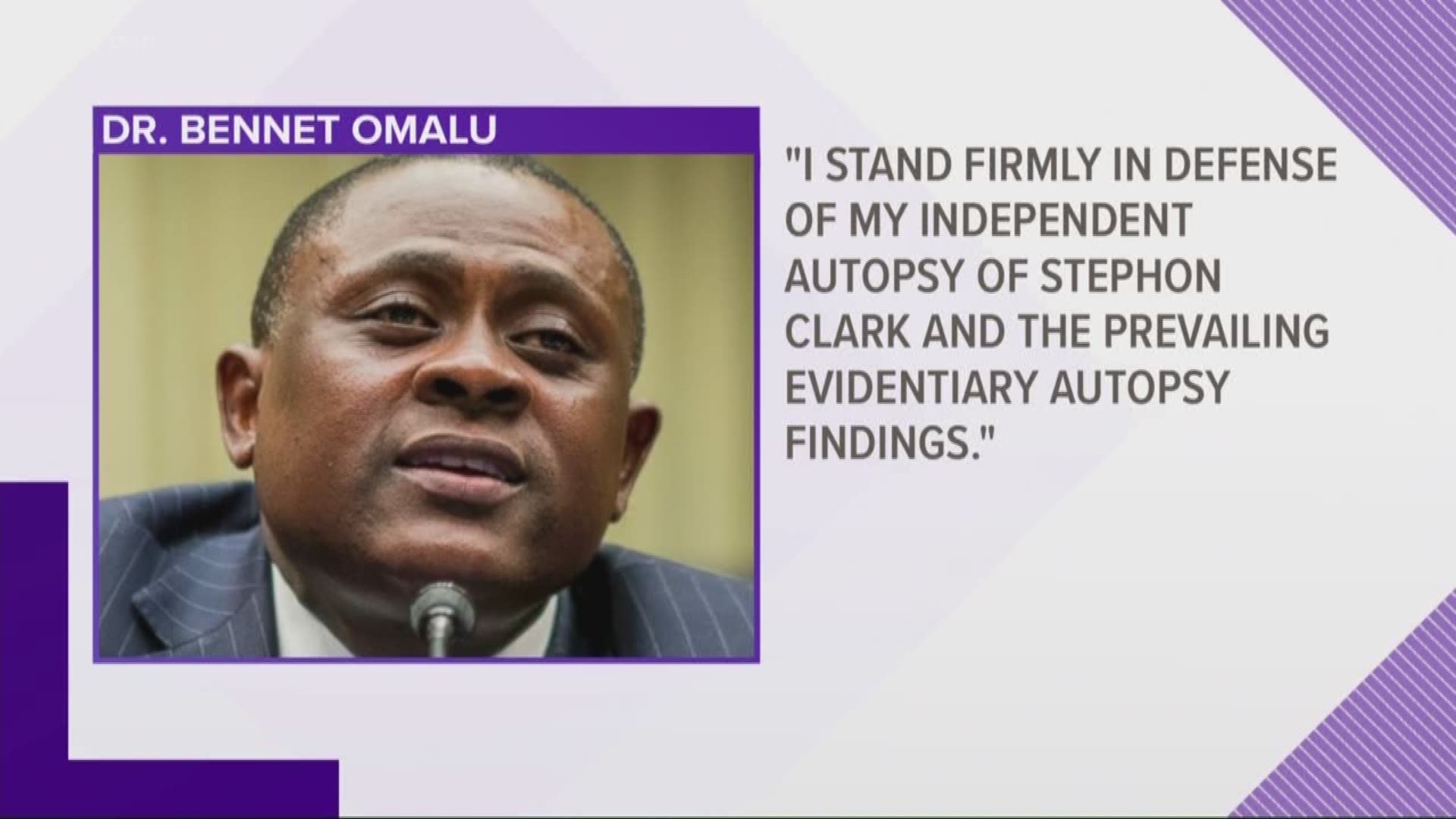 A doctor hired by the family of an unarmed black man shot by California police defended his autopsy on Wednesday, a day after the coroner's office reported different findings.

Dr. Bennet Omalu said in a statement that he stands "firmly in defense" of his examination of 22-year-old Stephon Clark.

The official autopsy released Tuesday by Sacramento police said Clark was shot seven times, not the eight that Omalu said he found.

A pathologist retained by the Sacramento County coroner said Omalu mistook an exit wound for an entry wound, leaving the impression that police first shot Clark from the back.

The county's reviewer says Clark was most likely shot as he approached police, consistent with the officers' story.

Lawyers for Clark's family on Wednesday accused Sacramento County officials of a "shameless attempt to undercut the clear conclusion of his findings — that Stephon Clark was shot in the back, multiple times, while armed with nothing more than a cellphone, posing no real threat to police."

The officers shot Clark on March 18 after chasing him into his grandparents' backyard. They were responding to a report of someone breaking car windows, and said they shot Clark because they thought he was approaching them while pointing a handgun.

Investigators found only a cellphone.

The slaying set off weeks of protests.

You can read the full statement below.

Stephon Clark, 22, had a cell phone on him when Sacramento police officers fired at him 20 times, killing him in his grandmother's backyard. Officers say they thought the phone was a gun.

On March 30, 2018, Dr. Bennet Omalu, the pathologist tasked with the independent autopsy by the Clark family, said that seven bullets had a "fatal capacity." The Sacramento Police Department's autopsy claims information from the private autopsy as "erroneous."

"It is clear from review of the written report and photographic documentation that Stephon Clark was struck by seven bullets, not by eight as claimed by Dr. Omalu in his press conference statements and as shown in his autopsy doagram," Gregory D. Reiber, M.D., states in his report.

The toxicology report reveals that Clark had traces of cocaine, codeine, Xanax and cannabis in his system.

Despite the autopsy report being released, the investigation into the shooting continues.

Stay with ABC10 for more information as this story develops. Read the reports below.