The Natomas Unified School district plans to fire an Inderkum High School teacher who was filmed speaking about pushing his political ideals upon students. 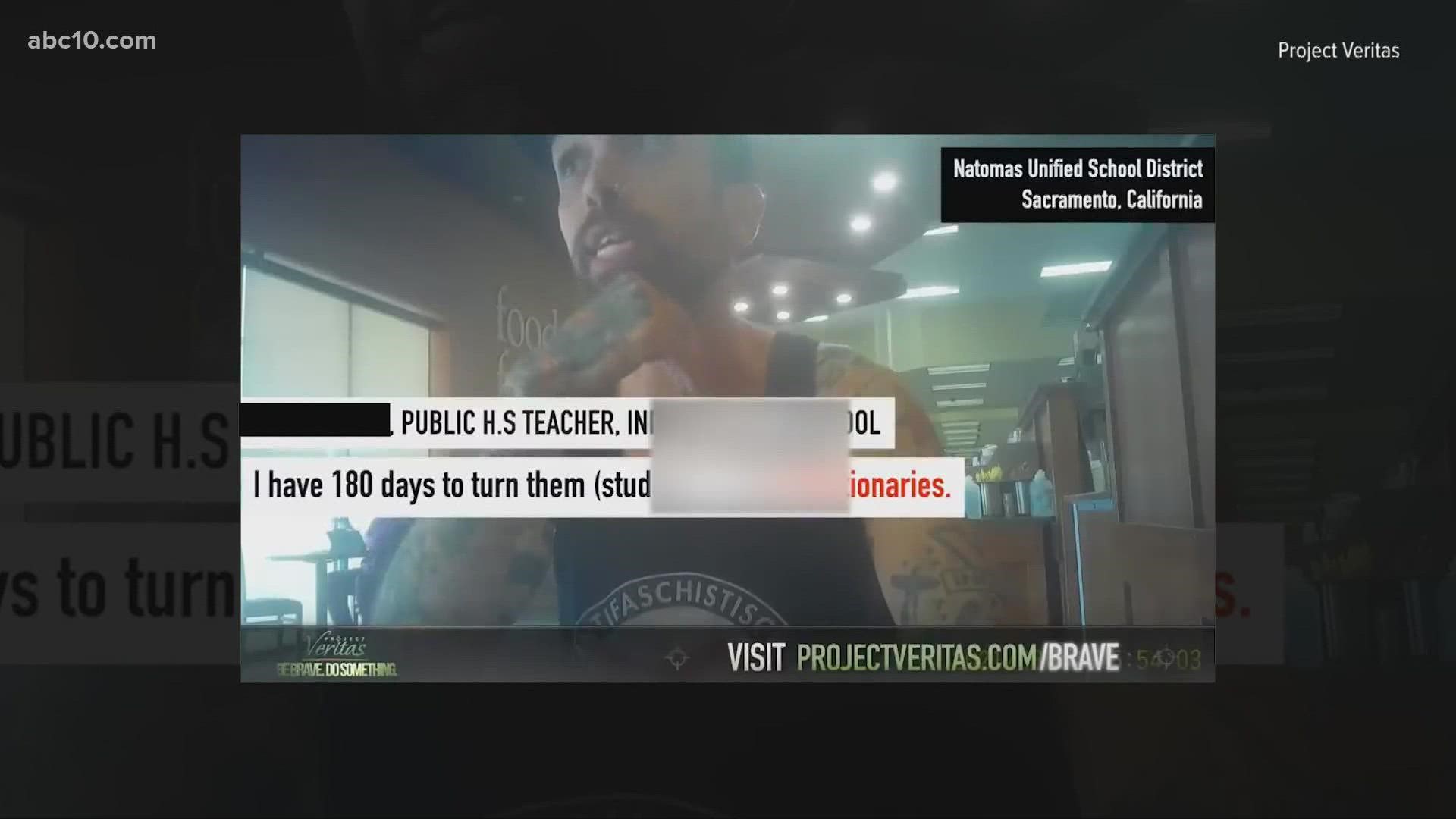 SACRAMENTO COUNTY, Calif. — The Natomas Unified School District plans to fire an Inderkum High School teacher who was filmed while speaking about Antifa and his plans for his students to become "revolutionaries."

"Shame on you," said Dena Burgess, a Yuba County parent. "You should not be teaching. You should not have that right to be able to stand in front of and-- I would like to say and teach and guide young students, but however, what you're doing, you’re manipulating them. You’re coercing them."

Dozens of parents voiced similar outrage at the Natomas Unified school board meeting on Wednesday evening over allegations that an AP History teacher tried to indoctrinate students into ANTIFA at Inderkum High School. The left-wing movement against racism and fascism is known for using both non-violent and violent militaristic tactics.

"Even though this may be one school, everybody in Sacramento is not OK with this," said Paizly Gomez, a Twin Rivers Unified School District parent. "We don’t want this in any district."

The concern comes after a video surfaced online, filmed by the far-right activist group Project Veritas. The group claims to investigate and expose corruption, often by filming people when they’re unaware.

The Inderkum teacher is shown in the video for six minutes, talking about goals for his students and how he instills activism into his classroom. At the beginning of the edited video, the teacher says "I have 180 days to turn them into revolutionaries."

Parents who attended the board meeting called his approach "indoctrination of communist ideals."

The Natomas Unified School District Superintendent Chris Evans wrote in a letter to parents Wednesday: “A teacher at Inderkum High School was recorded sharing his educational approach that is disturbing and undermines the public's trust.”

District officials said they’ve received reports from students that the teacher in question believes students will “move to the left” as a result of his class.

While some current and former students expressed support for the teacher on social media, Natomas Unified is now investigating him for “clear violations of” their political action guidelines.

The teacher in question did not respond to ABC10’s requests for comment.