The 2-year-old petition to demand justice for Stephon Clark had less than 10,000 signatures before Kim Kardashian re-tweeted it. It now has more than 28,000. 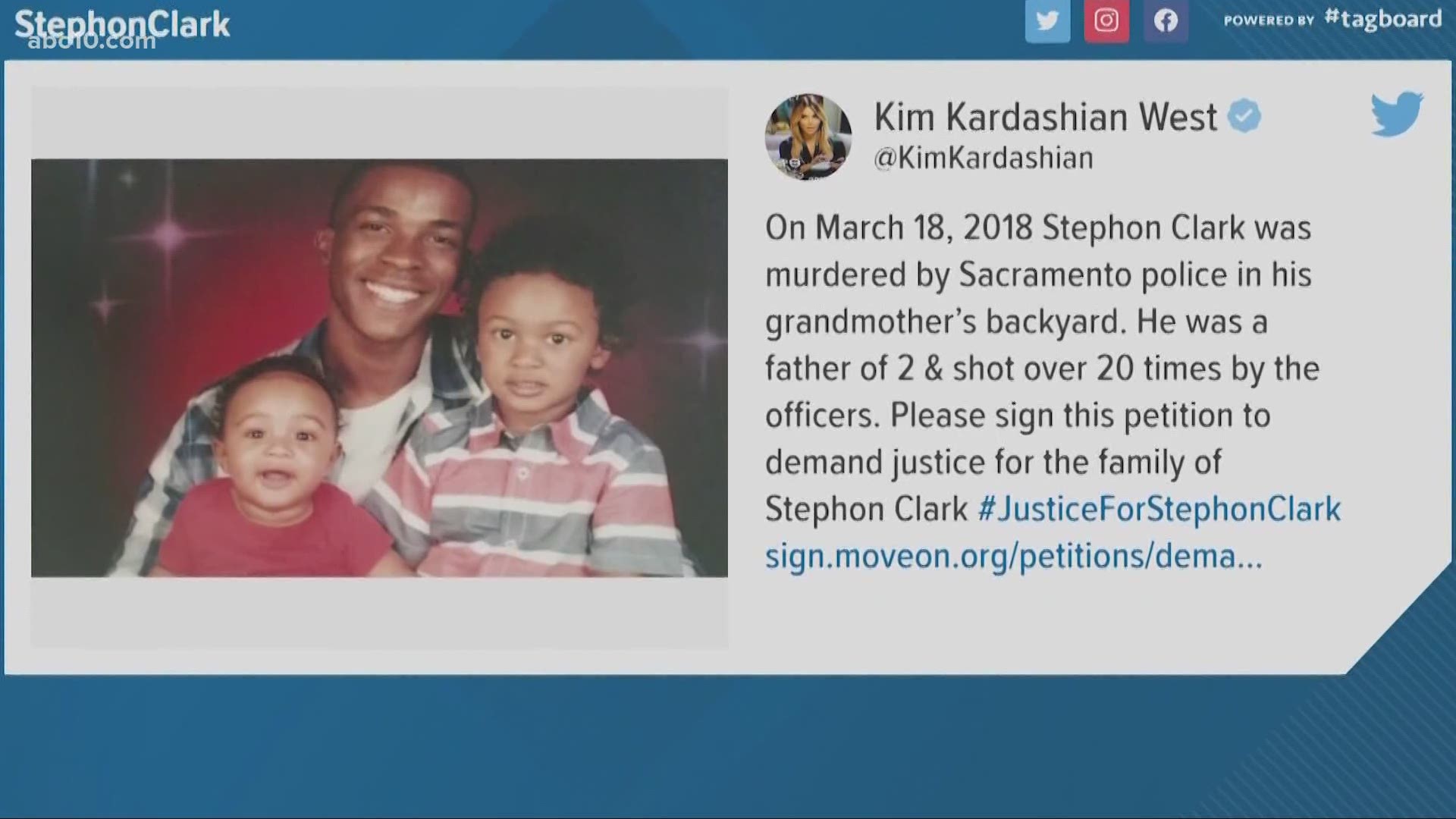 SACRAMENTO, Calif. — Stephon Clark was shot and killed by Sacramento police in his grandmother's backyard in 2018. The case is receiving national attention after Kim Kardashian re-tweeted a 2-year-old petition that called for justice for Stephon.

Sacramento Police officers shot and killed Stephon in his grandmother's backyard after they said they mistook his cell phone for a gun on March 18, 2018. Police said they were looking for a man allegedly breaking car windows on the 7500 block of 29th Street in south Sacramento.

The petition received less than 10,000 signatures before Kardashian re-tweeted it. As of publication, the petition currently has 28,810 signatures.

Stephon's brother Stevante is reacting to Kardashian bringing new awareness to the case.

"I've been fighting for two and a half years, and Kim Kardashian does one tweet, and people wake up and smell the coffee," Stevante told ABC10.

On March 18, 2018 Stephon Clark was murdered by Sacramento police in his grandmother’s backyard. He was a father of 2 & shot over 20 times by the officers. Please sign this petition to demand justice for the family of Stephon Clark #JusticeForStephonClark https://t.co/LL6KMkENdK pic.twitter.com/lX0S5i2RK8

Kardashian learned of Stephon's death after one of her models brought it to her attention, Stevante said.

Stevante said he hopes celebrities like Kardashian could bring new interest to Stephon Clark law, or AB 392. Under the law, police could use lethal force but only when it is necessary to defend against an imminent threat of death or serious injury to officers or bystanders.

"I think with [celebrities'] influence, we can get something done like the Stephon Clark law on a national level, so I would hope that they would want to move forward when it comes to actionable items."