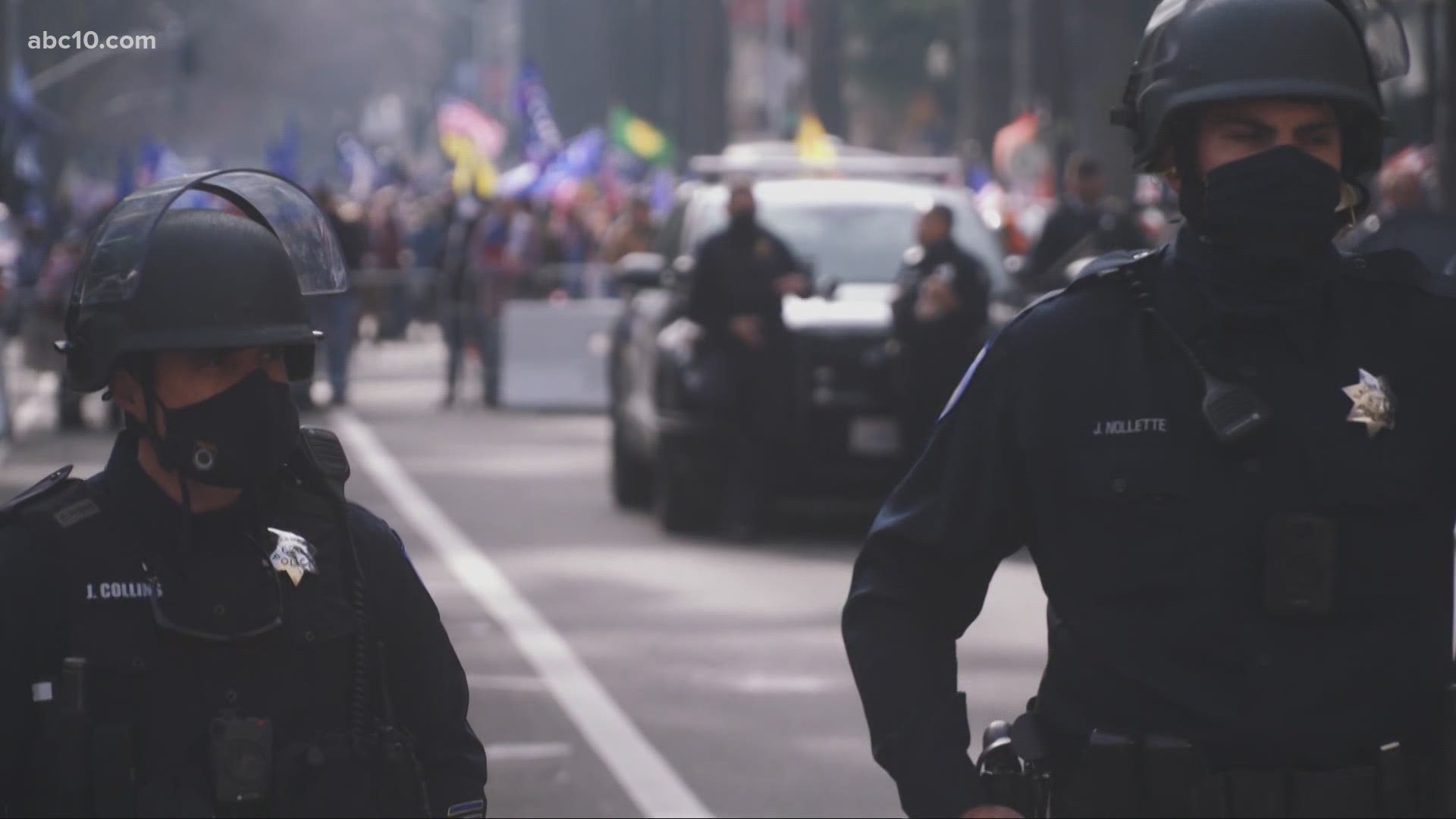 So, what's being done to prepare and protect the California Capitol?

The California Highway Patrol's Capitol Protection Division is typically tasked with this duty. In response to upcoming potential protests they said, "CHP Officers are always vigilant for potential threats that may occur at the State Capitol. We have personnel ready to respond to protect state property and ensure public safety as necessary. The CHP closely coordinates with allied agencies like the Sacramento Police Department and Sacramento County Sheriff’s Department where jurisdictional boundaries meet or if mutual aid is requested."

ABC10 reached out to other agencies that may be called on if mutual aid is needed. The FBI Office in Sacramento responded with the following statement:

"While our standard practice is to not comment on specific intelligence products, the FBI is supporting our state, local, and federal law enforcement partners with maintaining public safety in the communities we serve. Our efforts are focused on identifying, investigating, and disrupting individuals that are inciting violence and engaging in criminal activity. As we do in the normal course of business, we are gathering information to identify any potential threats and are sharing that information with our partners. The FBI respects the rights of individuals to peacefully exercise their First Amendment rights. Our focus is not on peaceful protesters, but on those threatening their safety and the safety of other citizens with violence and destruction of property."

In order to properly protest, you're supposed to get a permit. According to the Capitol Permit website, one hasn't been obtained by any organization for Inauguration Day in order to protest.

However, a real-estate and community based organization from Riverside called "Our Community" had previously requested a permit for a peace rally and to "unite Californians in peace, and against the forever wars, while offering a vision of a future for The Golden State where we invest our money, energy, and people power in California" on Inauguration Day.

The effort is led by Marine Corps Veteran and CEO & President of Our Community David Serpa. When he first applied for a permit, he said law enforcement was on board.

"It was very easy. We applied for them through the city there in Sacramento. Everyone was very receptive," Serpa said. "We got a call from a police officer saying they loved our idea."

But the permit was never approved and continues to remain "pending" on the Capitol event website. Serpa said he and the organization were told that the permit may be revoked at the last minute if granted.

"There were some concerns we were going to have... our peace rally, hijacked by another group and quite honestly, I told myself, that’s part of the reason I want to hold the peace rally," said Serpa. "I want to bring in these other groups and I want to harness this energy right now because there’s a lot of it, a lot of negative energy."

There are still no other permits approved for the days the FBI bulletin lists as when potential protests will occur at state capitols, but that hasn't stopped protesters in the past.