The California High-Speed Rail Authority will lay out more details about Newsom's plan in a May 1 report. 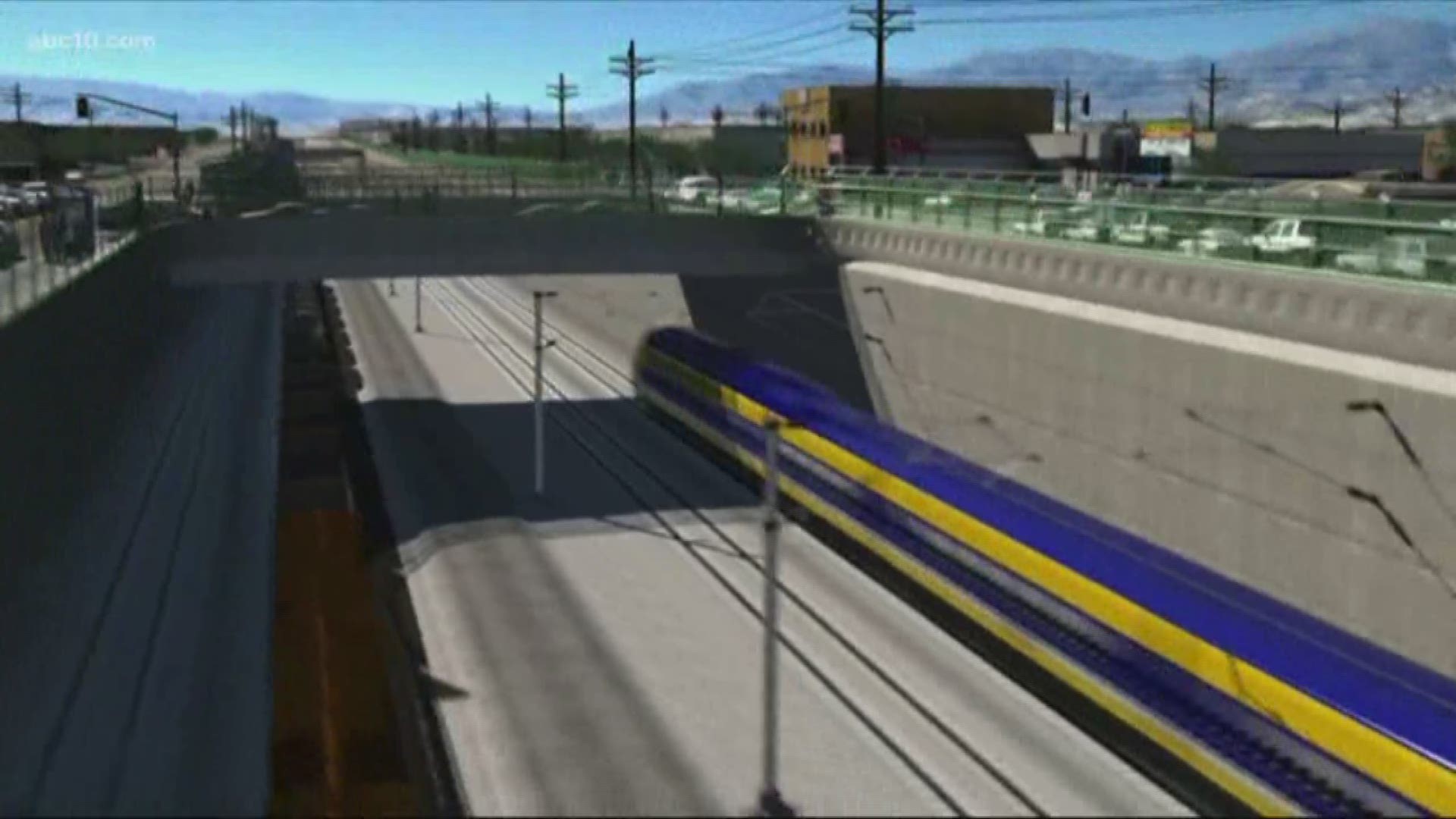 SACRAMENTO, Calif. — California lawmakers will discuss the future of high-speed rail Tuesday and seek answers from the Newsom administration about the governor's vision for the long-delayed project.

California voters approved nearly $10 billion in bond money in 2008 to build a high-speed rail line between Los Angeles and San Francisco. The total cost now stands at $77 billion with a completion date of 2033. The state does not have nearly enough money to complete the project.

Newsom in his state of state speech said there wasn't a path for the project as planned and said he's instead focus immediately on completing and expanding a line through the Central Valley, adding about 50 miles of track to a line already under construction.

He also said he'd continue environmental work on the full line and has since said he's committed to a train from San Francisco to Los Angeles.

A background paper put together by Senate staff says Newsom's comments left people "perplexed" about his plans. His administration has not provided any additional details, including how much his new plan will cost, according to the paper.

The California High-Speed Rail Authority will lay out more details about Newsom's plan in a May 1 report.

Sen. Jim Beall, a San Jose Democrat who heads the transportation committee, said lawmakers want to be proactive in discussing the project's future instead of waiting for Newsom's administration to offer more clarity.

Set to testify are Lenny Mendonca, Newsom's appointee to head the board that oversees the rail project; the head of the project's peer review group; the state auditor and the legislative analyst's office.

The Senate background briefing outlines the project's challenges, including the risk of losing roughly $3.5 billion in federal money that the Trump administration has threatened to rescind or withdraw. The state has spent about $2.5 billion and is waiting for about $929 million more.

This could be the most romantic getaway for train geeks ever. John Bartell makes a 360 tour of the Featherbed Railroad B&B near Clear Lake.