Garza says he was not a protester at the event. He was strictly there as a legal observer, someone who attends protests to document what goes on. 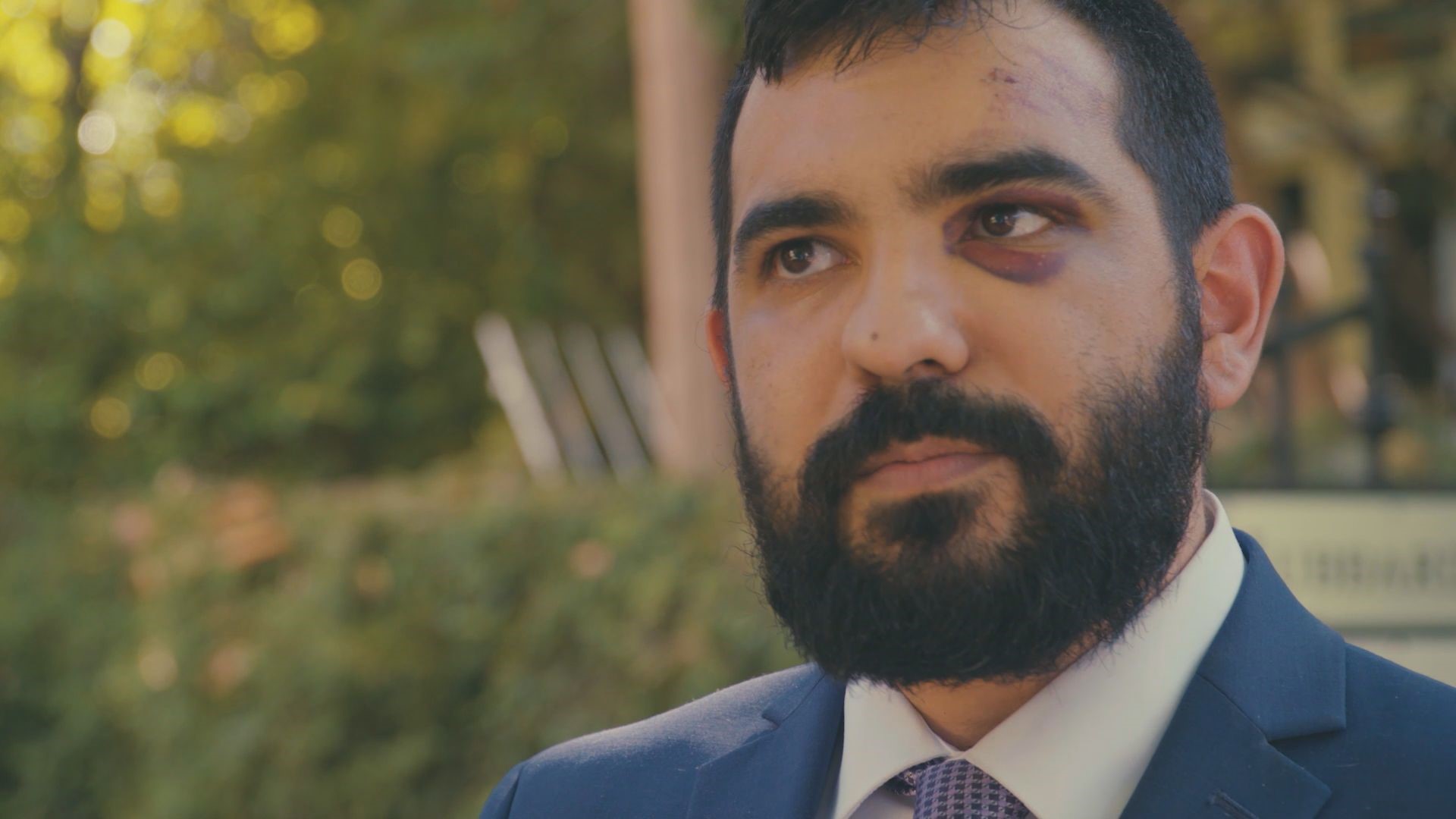 SACRAMENTO, Calif. — In the two weeks since George Floyd's death, Sacramento has seen protests practically every night. While most have been peaceful, some resulted in injury after confrontations between police and protesters.

In the early morning hours of May 31st, a few hundred protesters were marching east on J Street in downtown Sacramento when things turned ugly. Police used various dispersal methods to break up the large crowd of protesters, including tear gas and rubber bullets.

"At some point, someone threw a water bottle or some object high above the police line and it landed behind them. An officer saw the water bottle, looked at me, lifted his rifle, pointed at my head and fired," said Danny Garza, a member of the Sacramento Chapter of the National Lawyers Guild.

Garza was shot with a pepper ball and rubber bullet above the eye, which left him with a black eye. Not even the gas mask he was wearing was able to protect him from the impact.

Garza says he was not a protester at the event. He was strictly there as a legal observer.

"We are civil rights advocates. We look at the government and how they treat our citizens," Garza said.

They also serve as witnesses to protesters whose civil rights might have been violated. Garza claims that he shouldn't have been shot at because of the distinguishable attire he was wearing that night.

He says he wore a "legal observer hat" that clearly marked him as a non-participant.

Garza's partner Elizabeth Kim is still shocked about what they experienced that night.

"I feel like if we didn't have this to show people, people wouldn't believe us. This is just - I just can't believe what I saw that night," Kim said.

We asked the Sacramento Police Department about Garza's claims. Officials said they "don't have any reports at the time regarding the incident. If it is found to be Sac PD [sic] use of force, department policy mandates that the incident is reviewed."

They have forwarded the information to their internal affairs unit to investigate the allegations.

Garza says he plans to file a civil rights lawsuit and a citizens complaint to internal affairs.

WATCH ALSO: Sacramento woman left blind in one eye after being shot by a rubber bullet