Alexis Sanchez, Director for Advocacy & Training at the Sacramento LGBT Center, says she'd want to protect kids from the type of verbal harassment seen in the video. 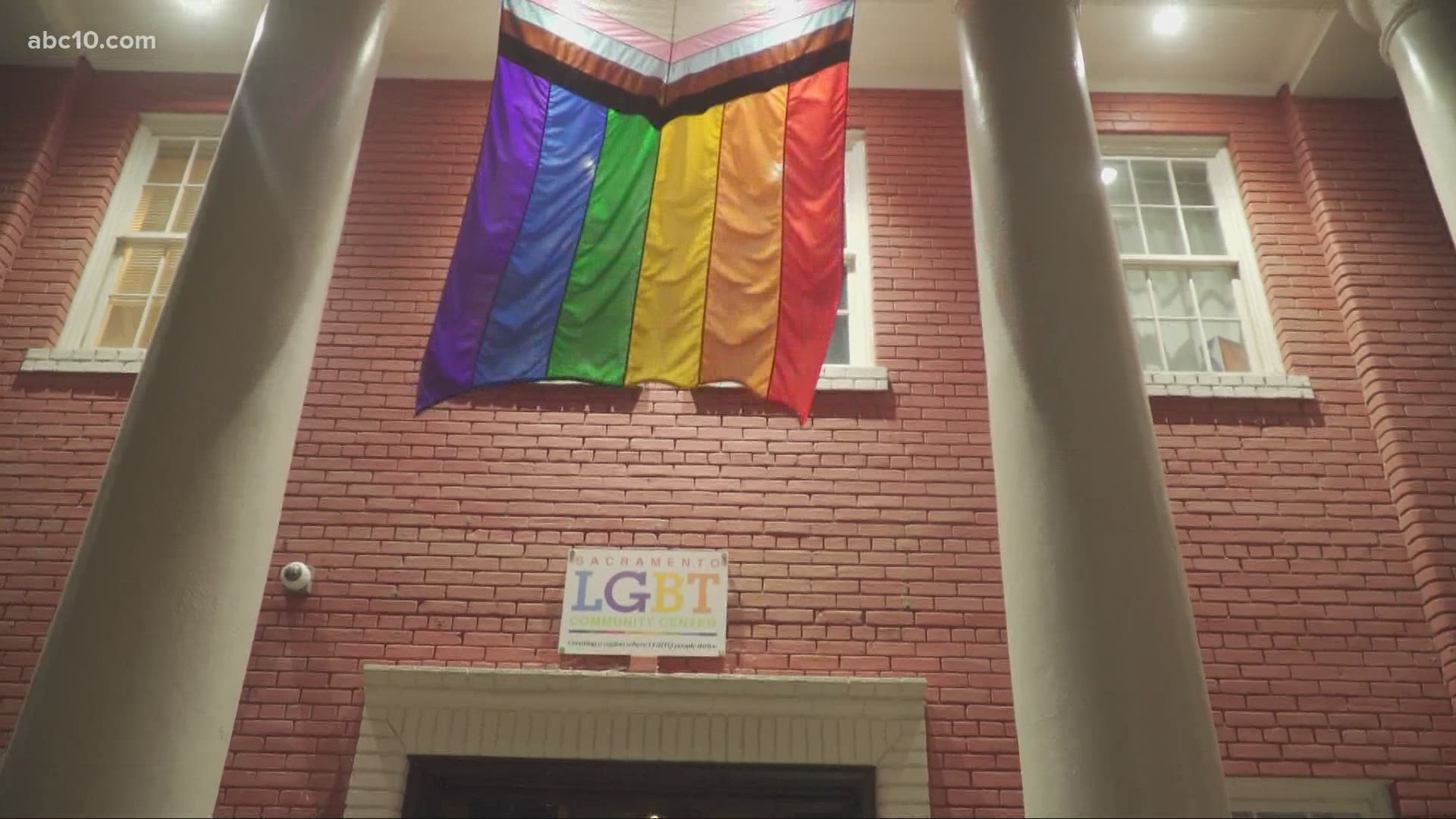 An attorney representing the women seen in the video released a statement Thursday saying the incident has been misrepresented and their families have received threats.

“This incident had nothing to do with homophobia, racism or even kissing. It involved what appeared to be sexual intercourse and inappropriate activity in close proximity of children.

Young children should not be forced to witness explicit sexual activity in a hotel swimming pool in the middle of a summer afternoon irrespective of gender or sexual identity. When members of the party politely and respectfully asked that some of the sexual activity be toned down because children were close by in the pool, they were met with aggressive verbal attacks.

It is also important to note that the families were not asked to leave, escorted or kicked out by the Kimpton Sawyer hotel. They chose to leave because they felt that their safety was at risk.”

In response to the statement, Dominque Veasley said they were kissing.   “It’s unfortunate that they’ve had to stoop to lies when again, this all could have been a teachable moment,” Veasley said.

Also Thursday, Nikki Carlson, general manager at The Sawyer released a statement saying, “The Sawyer does not condone discrimination or verbal assault of any kind. An unfortunate disagreement between guests occurred at our pool over the holiday weekend and the matter has since been resolved.”

A group of women were escorted out of the Kimpton Sawyer Hotel pool area in Sacramento over the weekend after allegedly complaining about a woman kissing another woman.

A video of the group's exit shows other pool visitors shouting, "Shame!" at the women, as two of them shouted back. The controversial encounter is shocking, but not surprising to advocates at the Sacramento LGBT Community Center.

Advocates say even as mainstream support grows for Lesbian, Gay, Bisexual, Trans and Queer (LGBTQ) issues, hate and intolerance are not things of the past.

The man who captured the video told ABC10 a woman at the Kimpton Sawyer Hotel asked a female couple to stop kissing in front of kids. That eventually led to an altercation that was caught on video. While the group was being escorted out of the pool area, one woman was caught on video repeatedly asking, "Do you guys have any children?" When one pool-goer replied that he has no children, the woman said, "Good because you'd be a (expletive) terrible dad. You would be a terrible dad."

A man walking out with the woman repeats that there are kids at the pool as the woman and an unseen man off-camera yell at each other.

Alexis Sanchez, Director for Advocacy and Training at the LGBT Center, said when she thinks of children, she would want to protect them from the type of verbal harassment and discrimination seen in the video.

"For people to demonstrate that it's okay in any way, shape or form to harass an individual based on their identity and to throw obscenities their way and to, you know, make obscene gestures like that, I think that would be a lot more harmful to an impressionable child than two people just expressing their love," Sanchez said.

Exposure to violence and abusive behavior can have negative effects on any young person, but according to the U.S. Centers for Disease Control, it may account for higher rates of depression, substance use, and risky behavior of LGBTQ teens, compared to heterosexual teens.

Sanchez said that's due to homophobia and transphobia and the generations of stigmatization tied to being a member of the LGTBQ+ community.

"If you have questions about your own identity, and you start to see that identity portrayed in a negative way or as the targets of hatred, that leads to a lot of internalized shame," Sanchez said.

The remedy is creating safe environments, Sanchez said, but the climate for LGBTQ teens in California schools is largely unsafe, according to a 2019 survey from the Gay Lesbian and Straight Education Network (GLSEN).

Almost half of California LGBTQ students surveyed said they experienced at least one form of anti-LGBTQ discrimination. Twenty percent were disciplined for public displays of affection, whereas their straight peers were not.

Sanchez said the video is a reminder that intolerance or hate of LGBTQ people is not a thing of the past, although support has grown more mainstream.

"There's maybe a tendency for allies to think that homophobia and transphobia are a thing of the past and that people still aren't marginalized, but - in fact - the opposite is true. As LGBT people gain more visibility, we become more of a target of hate," Sanchez said.

There's an important lesson in the video, Sanchez said: that there is a strong need for allyship and support for the LGBTQ community, and if you see discrimination, call it out.

For more Sacramento-based resources on LGBTQ issues, visit Saccenter.org. Additional resources for educators and parents to support LGBTQ Youth health can be found on the Centers for Disease Control website.

WATCH NEXT: Rocklin snake remover explains why you need to watch out for snakes as you swim