On Wednesday night, hundreds came together to show support for the transgender community at Winn Park in Sacramento following reports that the Trump Administration is looking into rolling back transgender rights. 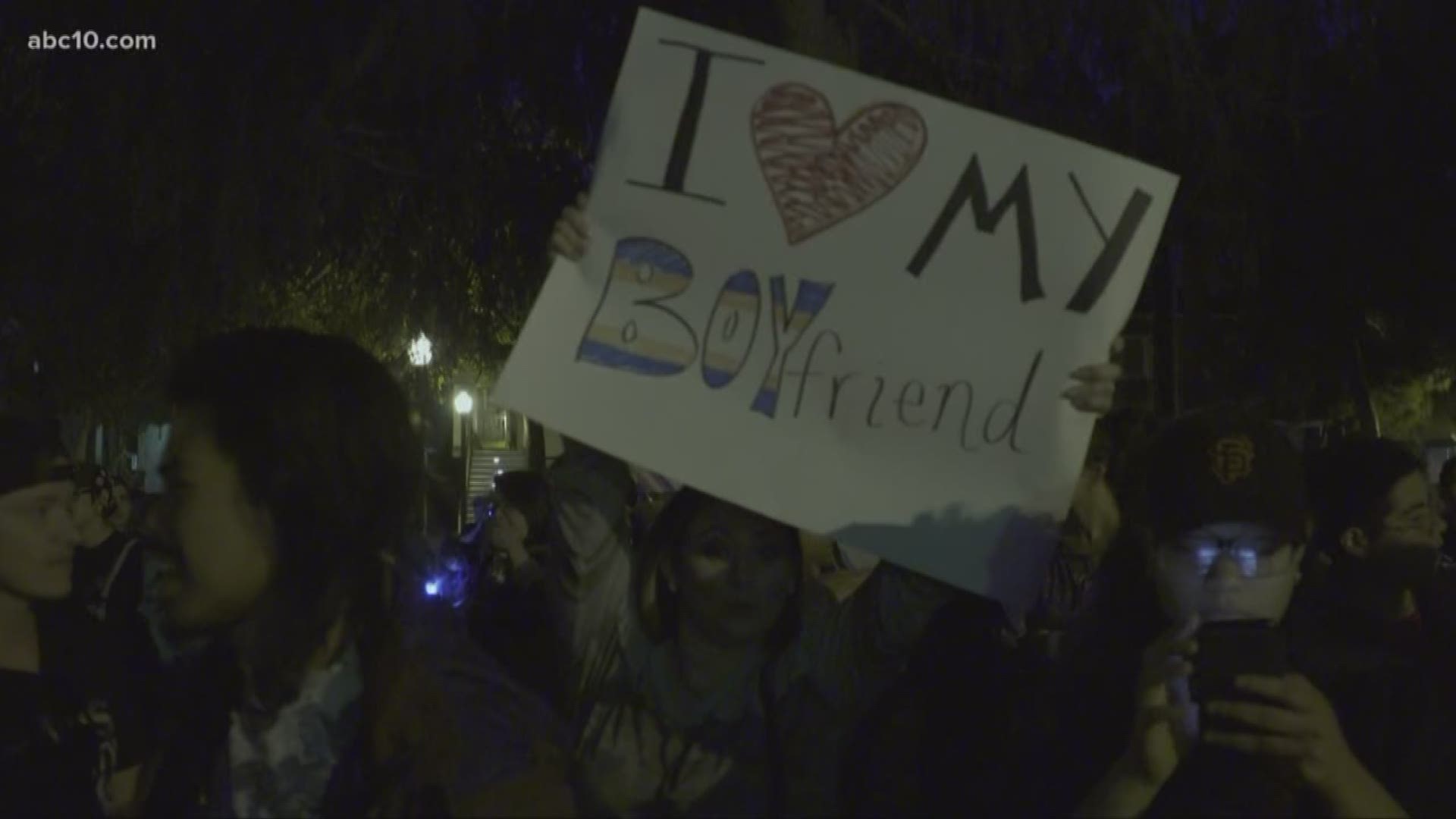 Phillips said she saw Breen's pictures and was immediately interested. But something on his profile made her pause.

"It said he was a trans guy and I Googled it because I wanted to make sure I wasn't tripping by what he meant," Phillips said.

The two have been together ever since.

On Wednesday night, Breen and Phillips were joined by hundreds who came together to show support for the transgender community at Winn Park in Sacramento following reports that the Trump Administration is looking into rolling back transgender rights.

"It's really heartbreaking and it's a very scary time," Breen said. "I don't know how to explain to people that we're just people. Our lives don't mean any less than yours does. There's nothing wrong with us and we're not harming anybody. We're just trying to live and exist in society without having to constantly live in fear."

Phillips said their relationship changed her.

"I've never really been exposed to the LGBTQ community before him and never really thought about it and now having someone in my life in the community it's opened up my mind and my world so much," Phillips said.

Breen said it's a scary time.

"There's a lot of fear going on but right now as a community it's just really important for us to come together and do whatever we can," Breen said. "Talk to any politicians anything."

He wants people to know that while he may be different, he's not so different than a lot of people and wants to live a normal life.

"We need your help just keeping our civil rights," Breen said. "These are our lives on the line. We're people. We're parents. We're husbands. We're wives. We're just regular people you see at the grocery store. You don't know that we're trans."

These are some of the faces of people from the #WontBeErased rally at Winn Park in Sacramento. They tell me they are fighting to just live a normal life. #latenewstonight @ABC10 pic.twitter.com/UH0x6QxsnP