Homeless life along the American River

He doesn't have a reason to get up in the morning. He doesn't work. He has no plans. Keeping time is the least of his worries.

"You lose track of days," Chuck said, strumming his guitar. "And the days lose track of years, and, before you blink your eyes, it's been 10, 20 years."

By his own estimate, Chuck's been homeless for at least 25 years. It seems like an unusually long time until you start talking to other folks who live along the American River.

Hundreds of years ago, it was home to the Maidu Indians, who used its resources for their survival. Today, a new group of roughly 400 people have taken shelter along its banks, some of them by choice, and others who are forced to call it home.

Faces of the American River Homeless 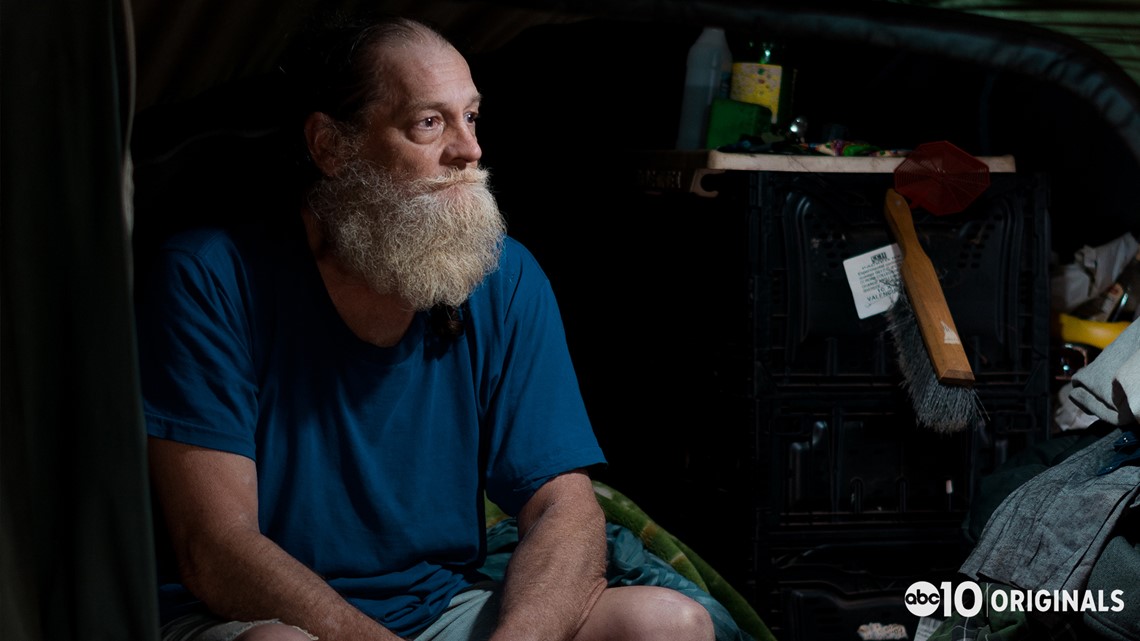 On any given night in Sacramento, nearly 5,600 people are experiencing homelessness. The majority of them are sleeping outside. The city lacks the number of beds needed to shelter everyone. And even when a bed’s available, people with pets, or who have drugs in their system, are often turned away.

Over the course of several weeks, ABC10 spent time with people who live along the river to find out what life is like for them, and the dangers they face.

The Recruits: A look at life on the streets for a new cop

Searching for the dead: How the Camp Fire victims were found

Inside Stockton's history of gang violence