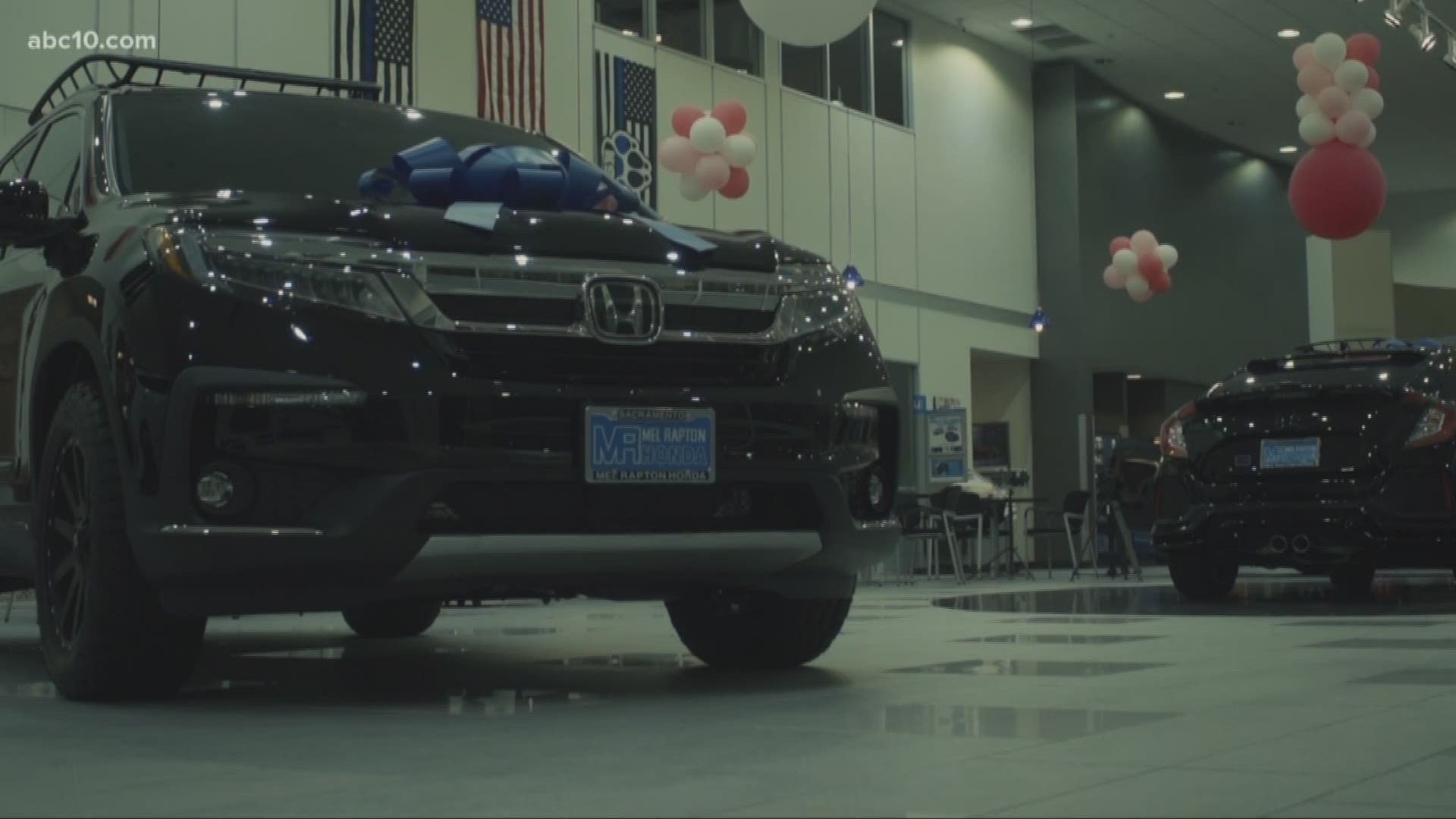 The community watched in horror as we learned El Dorado County Deputy Brian Ishmael was killed while responding to calls regarding a theft at a marijuana farm. Seven local officers have been killed in the line of duty since the summer 2018.

"It's a tragic thing when their lives are lost, and any amount of backing that the community can give them in thanks is important," said Katina Rapton, owner of Mel Rapton Honda in Sacramento.

Rapton says she felt compelled to do so something — no matter how small. So, she settled on thin blue line cars.

"It's just a thank you," said Rapton. "When somebody buys this car they can show that they too stand behind the law enforcement community and what they do for us."

You can also bring in your own personal car to have it outfitted with a thin blue line.

"Between doing wheels and the caliper covers and lines, all the way down to valve stem caps," said Rapton. "We've done the commitment all the way through."

Rapton says she hopes to use a portion of the proceeds to make a donation to Deputy Ishmael's family.

"Our first choice prior to his passing was we were going to do it with one of the K-9 organizations but in light of his passing," said Rapton. "We think that his family can better use the donation."