"If we aren't able to find alternative funding to fill that gap we're going to start some major cuts in April," Saint John's Executive Director Michele Steeb said. "We have to." 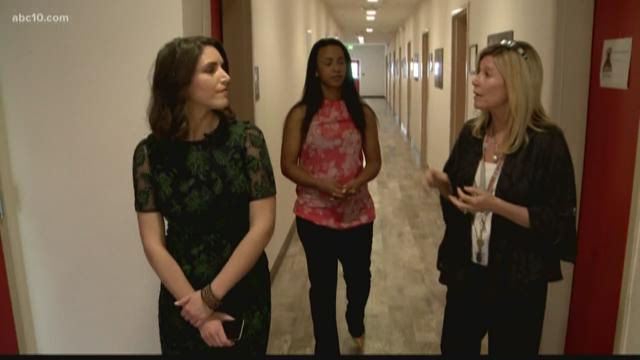 For more than 30 years, Saint John's Program for Real Change has been instrumental in helping women and children get out of the cycle of homelessness. But now the program may be left with no choice but to drastically cut back after a decision by Sacramento County has left them with a $60,000 a month funding gap.

For the past 15 years, Saint John's has received more than $700,000 a year in funding from Sacramento County. But last year, they lost that entirely when the county voted to instead give that money to Volunteers of America.

Just this week, the board of supervisors voted on another round of funding for homeless initiatives. Once again, Saint John's was not selected.

"If we aren't able to find alternative funding to fill that gap we're going to start some major cuts in April," Saint John's Executive Director Michele Steeb said. "We have to."

Ann Edwards, the Director of Human Assistance with the county, explained that while the county is committed to serving women and children, they want to focus on programs that are more inclusive and have a lower-barrier of entry.

"Saint John’s only accepts women and kids and we have many homeless families that are intact and moms and dads are together and homeless," Edwards explained, "And we really needed a place that could accept those families as well."

Steeb said she understands that thinking and believes the programs the county has decided to fund are equally as deserving. But, she argued, despite the higher entry of barrier, Saint John's has proven to work.

Julianna, a 28-year-old recovering methamphetamine addict, is one of their current success stories. She said before Saint John's she tried four other programs but none of them worked.

"This place taught me how to budget, how to run a credit report, the importance of it," she said. "These are things I need to live on life's terms and I wasn't getting that."

Steeb said they did speak with the Sacramento County board of supervisors this week to advocate for the importance of programs focused on women and children.

She said the county committed to figuring out a way to add funding to next year's budget for those types of programs, so they are remaining hopeful.

For now, they're looking for any additional support they can get.

For information on how to help the program you can go to their website www.saintjohnsprogram.org.