‘Only takes one time!’ | Sacramento lotto hopefuls line up in hopes of winning millions

People lined up at a lucky Sacramento shop to play their chance at the California Lottery. 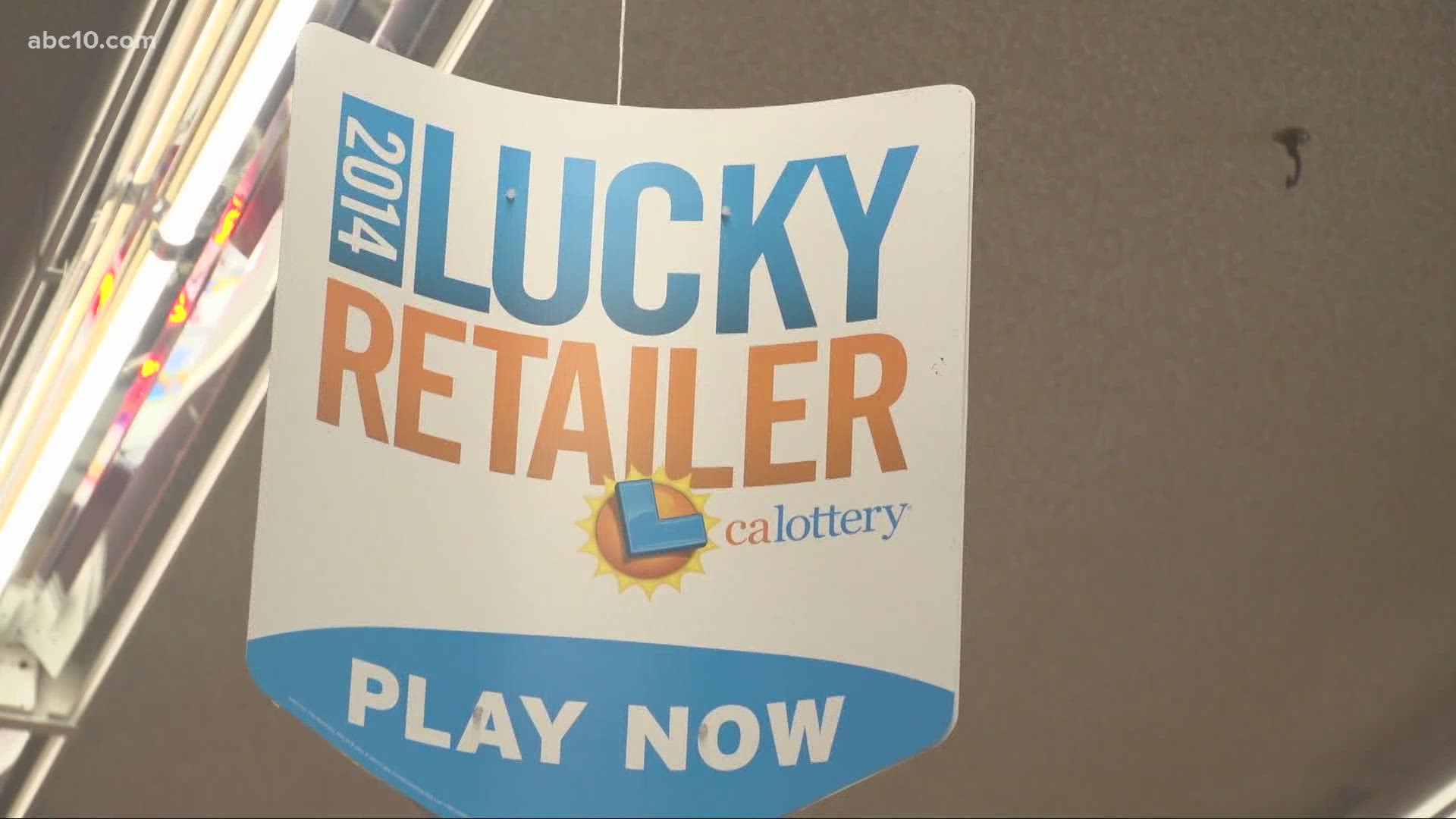 SACRAMENTO, Calif. — With California Lottery's Powerball jackpot estimated at $550 million and Mega Millions at $615 million, odds are low, but hopes are high. People lined up on Monday at Lichine’s Liquor and Deli in Land Park to get in on the action.

“Play to win,” exclaimed a man who had just bought his quick picks. “Only takes one time.”

In 2018, Lichine’s Liquor and Deli was listed on the California State Lottery website as the sixth luckiest place statewide for winnings of $1 million or more. Brandon Cobb said he came out to the shop to try to muster up some extra luck.

“I drove from South Sac over here just to get my tickets,” Cobb said. “Fingers crossed!”

The California Lotto's big Mega Millions are going to be drawn on Tuesday and Powerball on Wednesday. Cobb and others had lots of ideas on how they would spend their winnings. Cobb said he would share some money with his friends and family and retire a little early.

"I'd try to be smart with my money," he explained. "Not just go out and blow it. Just pretty much enjoying life, you know? With that much money you've got time to relax."

Several lottery hopefuls also said they would like to take care of their families by buying them houses. Vacations were on many lists, too.

"I would be very generous," Yvonne from Sacramento said.

Generosity was a theme among customers.

"[I'd spend it] on family and friends and the rest donate to charity," James Akiyama said. "Whatever I can do to help, especially during this pandemic."

Barbara, another Sacramento resident who had just bought lottery tickets, had the same idea. She said she'd like to help her friends and family.

"It’s trying times right now," she said. "I just want to do some good."