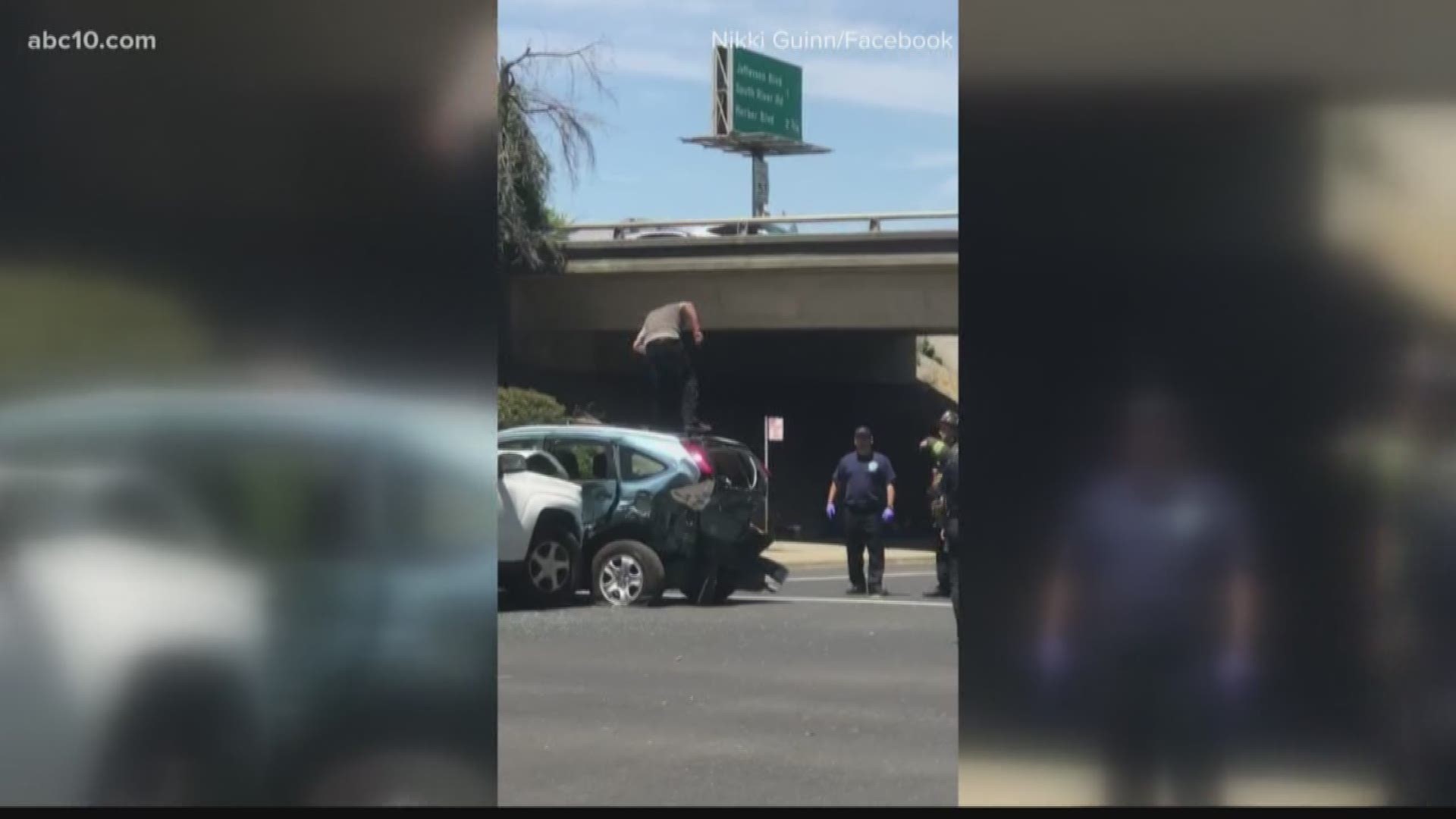 According to Sacramento Police, the incident happened around 1:30 p.m. after two cars exited the freeway near X Street and 10th Streets. One of the drivers began repeatedly ramming his vehicle into the other several times before driving away.

The suspect, later identified as Garcia Alvarez, 40, rammed into another parked car pushing it into the intersection. Alvarez then got out of his car, jumped onto the roof of the other vehicle and began breaking out the windows.

Officers arrived to find Alvarez still standing on the roof of the car. He was safely detained and taken to a local hospital for treatment. No one else was injured.

Officers say Alvarez had narcotics in his system. He has been charged with vandalism and assault.

The Sacramento Police Department said in a statement their officers responded accordingly.

"Based on the information that was given on the call to ensure that the suspect minimized further damage and harm to our community."