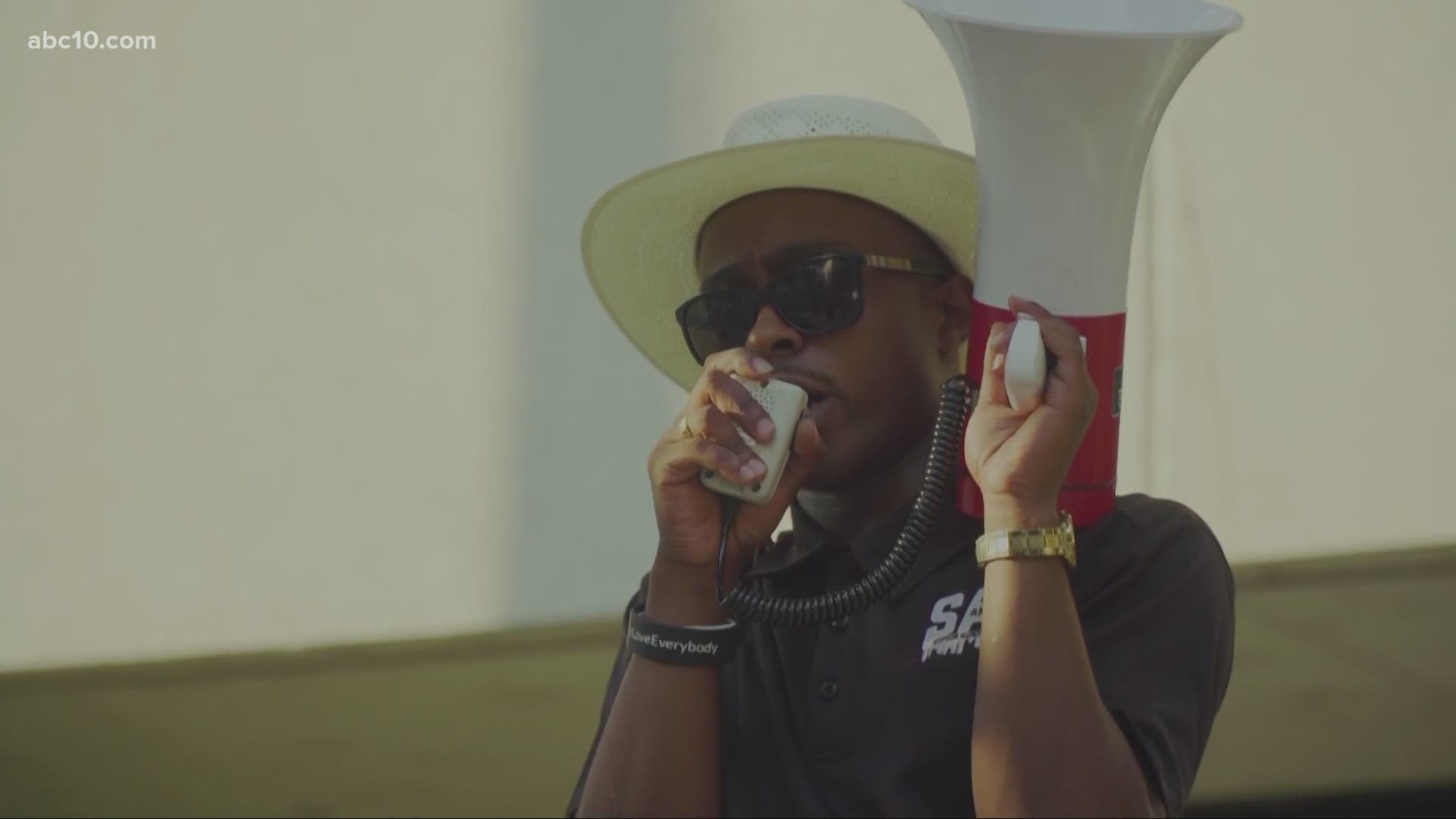 SACRAMENTO, Calif. — Sacramentans joined a growing number of people around the United States calling for change after the police shooting of Jacob Blake Jr. in Kenosha, Wisc.

On August 23, the 29-year-old black man and father of three was shot in the back seven times by Kenosha Police. On Wednesday, the police department released the name of the officers who were involved in the shooting.

“This just needs to stop,” said Dana Stenson who participated in the march. “I feel like it’s going to get worse.”

A little more than a dozen protesters marched the streets of Downtown Sacramento Wednesday evening, showing solidarity with Jacob Blake Jr. The march was led by Stevante Clark, brother of Stephon Clark who was killed by Sacramento Police in 2018.

Stevante took the protesters to the Sacramento County DA’s office where he and his mother spoke to the small crowd.

The crowd then took off to a downtown Sacremento mural dedicated to Stephon Clark.

People ABC10 spoke with at a Tuesday evening rally at Cesar Chavez Plaza say they’re waiting for the day events like this no longer need to be held.

“The problem is still not fixed. We still have people out here getting gunned down by police,” said Gabrielle Gill who attended the Tuesday rally. “We still are experiencing institutional racism and systemic policies that keep these poor people of color down.”

Still, hope was not absent from the conversations held Wednesday.

“We will have change, in Sacramento, in California, and in our nation,” Se’Quette Clark said.