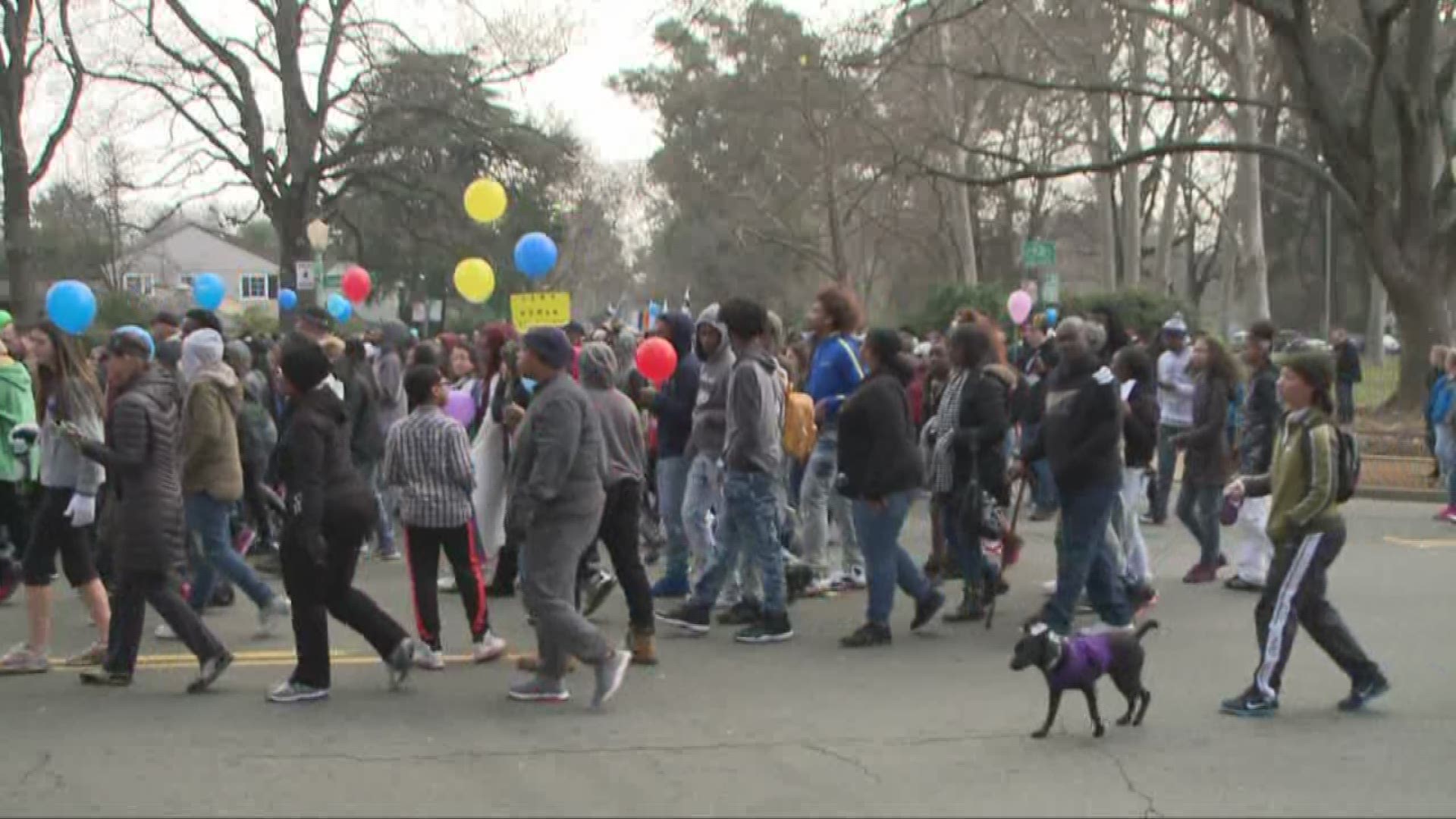 SACRAMENTO, Calif. — Martin Luther King Jr. Day is Jan. 20 and to honor the civil rights leader, thousands are expected to gather for MLK365's March for the Dream and Expo in downtown Sacramento.

This is the 39th annual March for the Dream. The official walk begins at Sacramento City College at 9 a.m. and is approximately four miles long. The route will take marchers up to Broadway before looping around and returning to the college campus for the Expo.

An Extra Mile addition will begin at Oak Park, starting at 8:30 a.m., where Sacramento's leaders will gather for a smaller, ceremonial start to the official march.

The event brings people together from many different backgrounds. Executive Director of MLK365 Sam Starks shares how the organization encourages participants to go beyond the event and use the rest of the year to deliver positive change.

According to Starks, those who march on Jan. 20 will receive commitment cards, which they can use to keep track of their aspirations to make an impact in 2020.

"Our goal is to get people to do one positive project," Starks said. "If you have 365 days to do one thing that would make a difference, what would you do?"

This is the first year that MLK365 is using the commitment cards. The organization is hoping to set themselves apart from other MLK Day marches by inspiring people to think about enacting change beyond the event.

After all, King's influential work didn't occur in a single day, but developed over a lifetime of service and compassion.

"We're going to really be pushing people," Starks said. "The March for the Dream is a jump off. It's a jump off that honors King. We say honor the past, impacting the future."

In addition to the march, MLK365 is hosting the annual Diversity Expo, which will be held at Sacramento City College. The main stage program and opening ceremonies start at noon, but many other activities will be in full swing by 10 a.m.

Free Light Rail service to and from the March for the Dream and Diversity Expo will also be available. Be sure to stop by the SacRT booth during the expo, where SacRT’s Old Blue historic bus will be on display.

The Diversity Expo showcases what people are doing to make a positive impact in Sacramento and beyond. Music, dance, and spoken-word performances will keep you entertained, while booths will be set for arts & crafts, colleges, employers, educators, health professionals and much more.

The expo is a great place to bring the kids for some educational fun, while also serving as a way to network and look into unique opportunities in your area. So far, the expo boasts a diverse lineup of 200 vendors and 80 performers.

The March for the Dream tradition both celebrates Dr. Martin Luther King Jr.'s life and legacy as a civil rights leader and promotes a platform to examine racial inequality in the community.

It is on this day that MLK365 encourages the community to participate in "deep-listening" in order to better understand those we deem different from ourselves.

"What we want people to do, besides making a commitment at the march, we want them to invite someone that doesn't look like them and that doesn't come from their background, their culture or faith," Starks said. "We want them to go and ask them to walk with them. Have that critical...sometimes hard conversation about King."

That's how, Starks reveals, people can truly honor King's vision — discussing and putting into practice King's values for equality for all.