From coming together to advocating for children in diverse communities and healing neighborhoods, Sacramento is honoring the life of Dr. King. 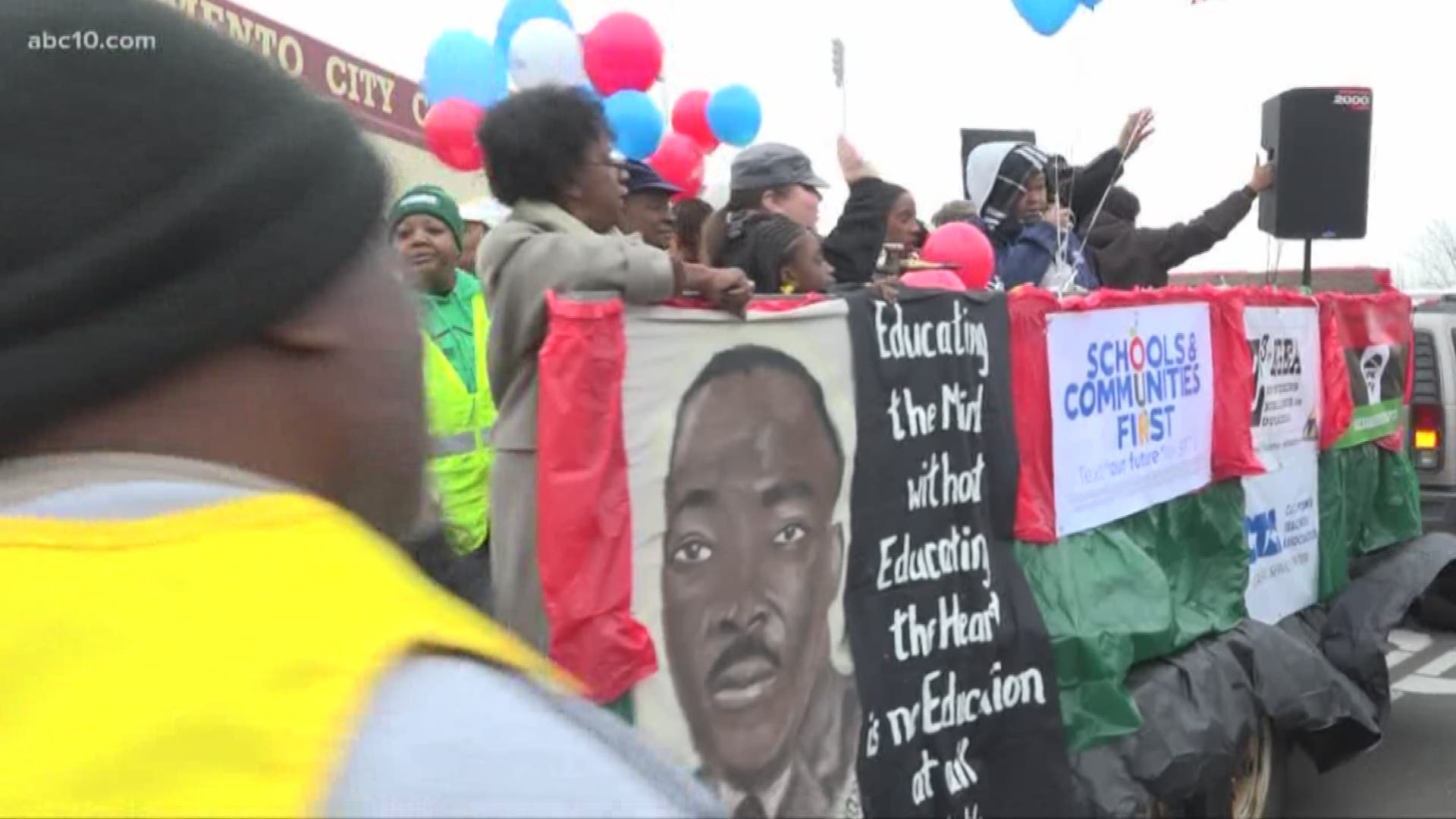 "I think it's important for all of us to be together because it's one nation under God, and God don't have no color. God don't see no color. God see(s) love and that's what we need in the world today is love," said Zelda Sereal-Paige, a marcher.

It was a message of hope as people from all walks of life came together to not only remember the life of Dr. Martin Luther King Jr. but to also let his traditions live on.

"That message of coming together, it's who we are in Sacramento... at a time when you see a lot of divisiveness in the United States, we're sending a message to the country - 'Let's start healing ourselves,'" said Rep. Ami Bera (D-Elk Grove) said.

Stevante Clark, brother of Stephon Cark who was shot and killed by Sacramento police nearly two years ago in the Meadowview neighborhood, found himself at the march to honor his brother's legacy in a positive way.

He said, even with the strides Dr. King made, the community in Sacramento still has a way to go.

"50 years, I think to this day, Martin Luther King would not have envisioned something like Stephon Clark being shot unarmed in his grandmother's backyard. I think if King was alive today, in honor of his legacy, he would be speaking on the injustice which happened in our Sacramento County," Clark said.

"We want to make sure... that the next generation has it better than we had and better than their ancestors and so on and so forth," said Rhonda Sandoval, a spokesperson for the Black Child Legacy Campaign.

Volunteers from a group called "Healing the Hood" are also working to make the community a more accepting place.

"We're working with the communities to try to come together to clean up diversity and help with educating the hood in giving them knowledge with everything from togetherness to equality," said Timothy Tims, a spokesperson for Healing the Hood.